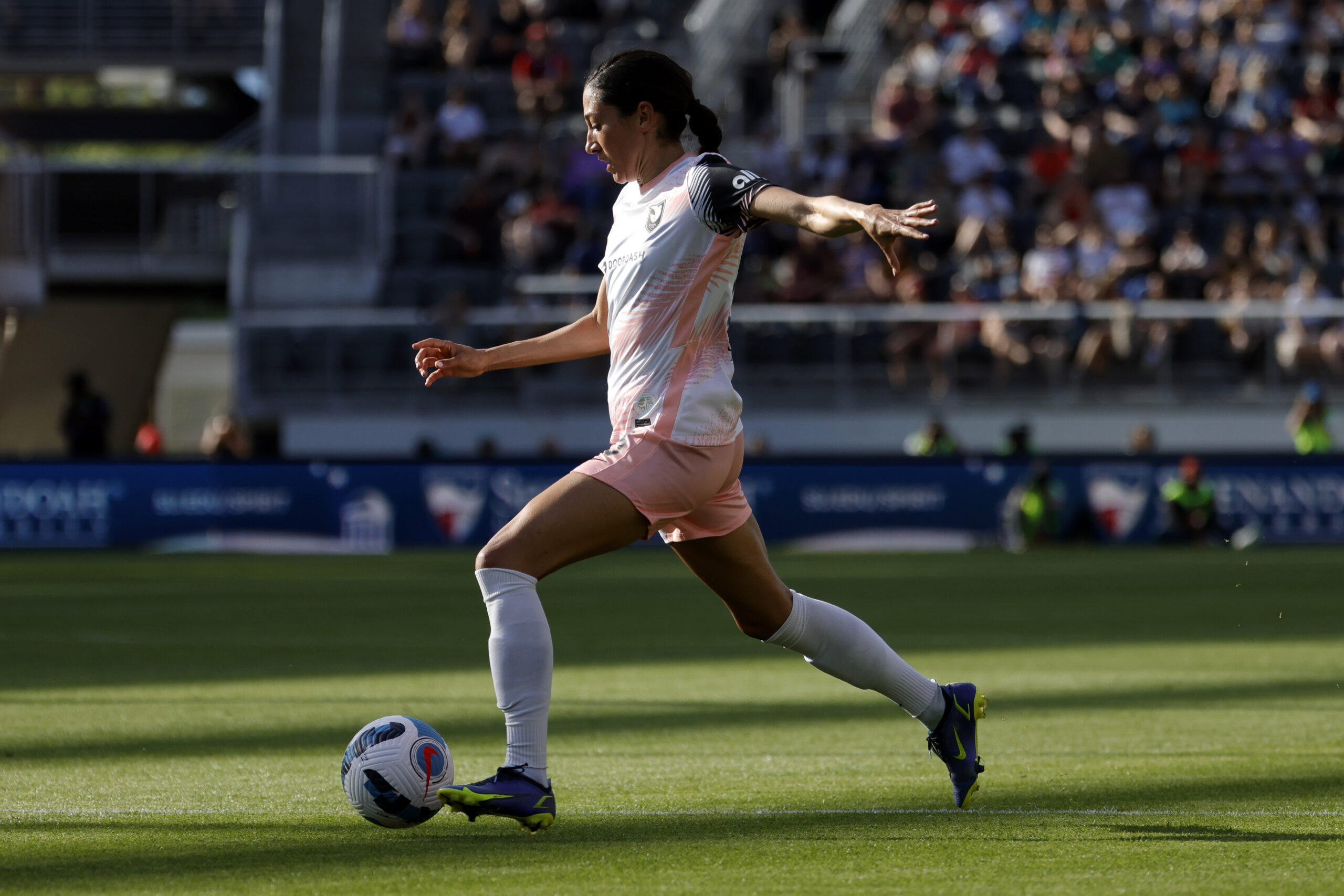 The Skinny: Angel City earned there first ever win away from home in a strong performance against the reigning NWSL Champions that saw them shut down the Spirit’s high octane offense while Christen Press scored the winner.

One Key Moment: This one is obvious, it is Press’ game-winner and first regular-season goal for Angel City. The individual skill to settle the long ball, get around her defender, drive at the defense and then find the back of the net from what seemed like an impossible angle is, simply put, impressive.

Inside the Game: Coming into this game Angel City had limited defensive options with Ali Riley out in COVID-19 protocol, this led to the decision to play Tyler Lussi, typically an attacker, at left back. This move worked out quite well for LA as Lussi has the pure pace and soccer intelligence to keep up with Trinity Rodman. Rodman, typically so deadly to her opponents, was kept quiet throughout the match as she had to put in a ton of defensive work on Press and Lussi who in turn combined to shut her down.

The match was fairly even statistically but the particularly interesting fact is that Washington was held to just nine shots the entire match, only one of which was on target. Those shots only combined for an xG (expected goals) of 0.65, based on the StatsPerform model, indicating the lower quality of the chances. Angel City’s xG was even lower but Press’ individual magic prevailed over the numerical probabilities.

Some good news in terms of roster for Angel City, though: their French international signing, Clarisse Le Bihan, made her debut and did not look out of place. In defense, Paige Nielsen made her long awaited return from injury which will only strengthen their back line moving forward.

The Skinny: In the first ever meeting between the San Diego Wave and the Chicago Red Stars, San Diego took home the win, holding onto the lead even through a slight stoppage-time surge from Chicago.

One Key Moment: Early in the second half, San Diego’s Sofia Jakobsson went down in the box and Alex Morgan did her job on the subsequent penalty kick, putting the Wave up 1-0. Before this goal, this game looked like it could belong to either side; afterwards, however, San Diego’s confidence sharpened, and Chicago ultimately couldn’t catch up. The tally was Morgan’s fifth of the season after scoring a league record-tying four goals last week against Gotham FC.

Inside the Game: The word of the evening was “game-changer.” The leadup to the match was shaped by uncertainty on Chicago’s side, with so many significant players on the injured list, and it was clear the Red Stars would need someone to shake things up. Who that person would be, however, remained unclear.

And ultimately, a game-changer never totally emerged from Chicago’s side; rather, the first, and perhaps biggest shake-up came from a 33rd-minute substitution for San Diego, when Jakobsson went on for an injured Amirah Ali. Jakobsson immediately turned the engines on for San Diego’s front line and helped force Chicago to play a defensive game to finish out the half, a slightly different look from the extremely even nature of the game up until then.

Jakobsson and Morgan didn’t necessarily connect in the first half, but in the 56th minute, Jakobsson was fouled in the penalty box and Morgan took the penalty kick, rewarding San Diego with not only a goal but the energy needed to essentially govern the rest of the game.

For most of the second half, Chicago struggled to generate attacking opportunities and didn’t look hungry for the ball, and this modesty ultimately led to another Wave goal in the 89th minute from Kaleigh Riehl, but was then almost immediately chased by a Chicago goal from Ava Cook. The game’s chaotic last few minutes were exciting, with that intoxicating anything-can-happen feeling specific to NWSL matches, but it was ultimately San Diego’s for the taking. When the Red Stars next play, maybe their much-needed game-changer will emerge.