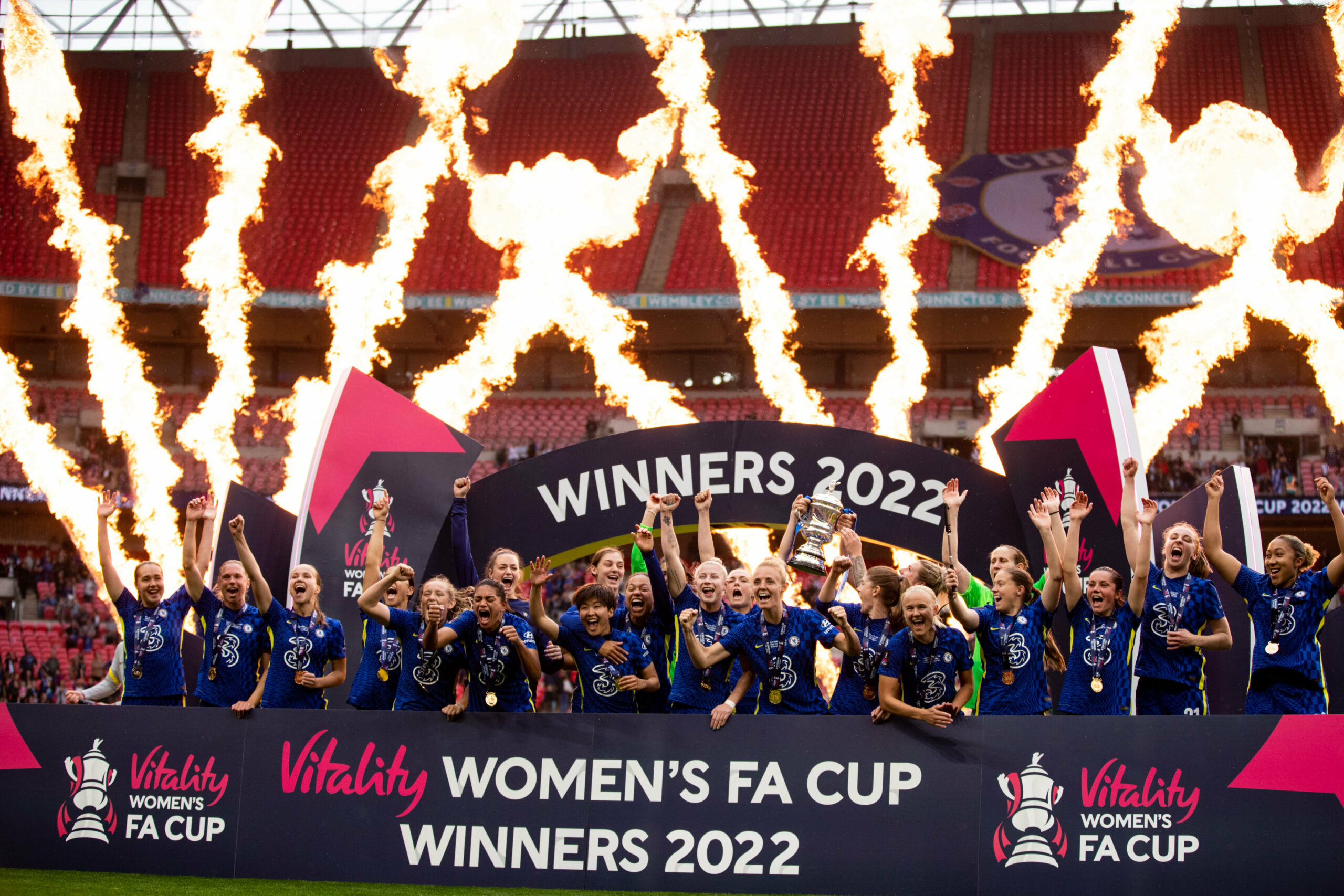 Chelsea won a second straight Women’s FA Cup on Sunday, defeating Manchester City 3-2 in extra time, at Wembley Stadium in front of 49,094 fans — a record for the competition. Sam Kerr scored the game-winning goal nine minutes into extra time to deliver Chelsea a second trophy in a week, after the Blues clinched the league title on May 8.

Kerr opened the scoring on Sunday in the 33rd minute before Lauren Hemp struck an equalizer for Manchester City nine minutes later to send the teams into halftime level at 1-1.

Erin Cuthbert put Chelsea ahead in the 63rd minute on a stunning strike which clipped the underside of the crossbar.

The Blues looked like they had the game wrapped up during regulation, but second-half substitute Hayley Raso struck the equalizer for Manchester City in the 89th minute after brilliantly settling the ball in front of her defender and taking a quick shot.

Kerr gave Chelsea the lead for the third and final time in 99th minute, driving at goal after Alanna Kennedy stepped to win a ball near midfield but missed, leaving Kerr with 50 yards of space to run into.

Chelsea’s FA Cup triumph comes six months after their previous one. The Blues defeated Arsenal, 3-0 in December in a final that was delayed from last season due to COVID-19 and government regulations.