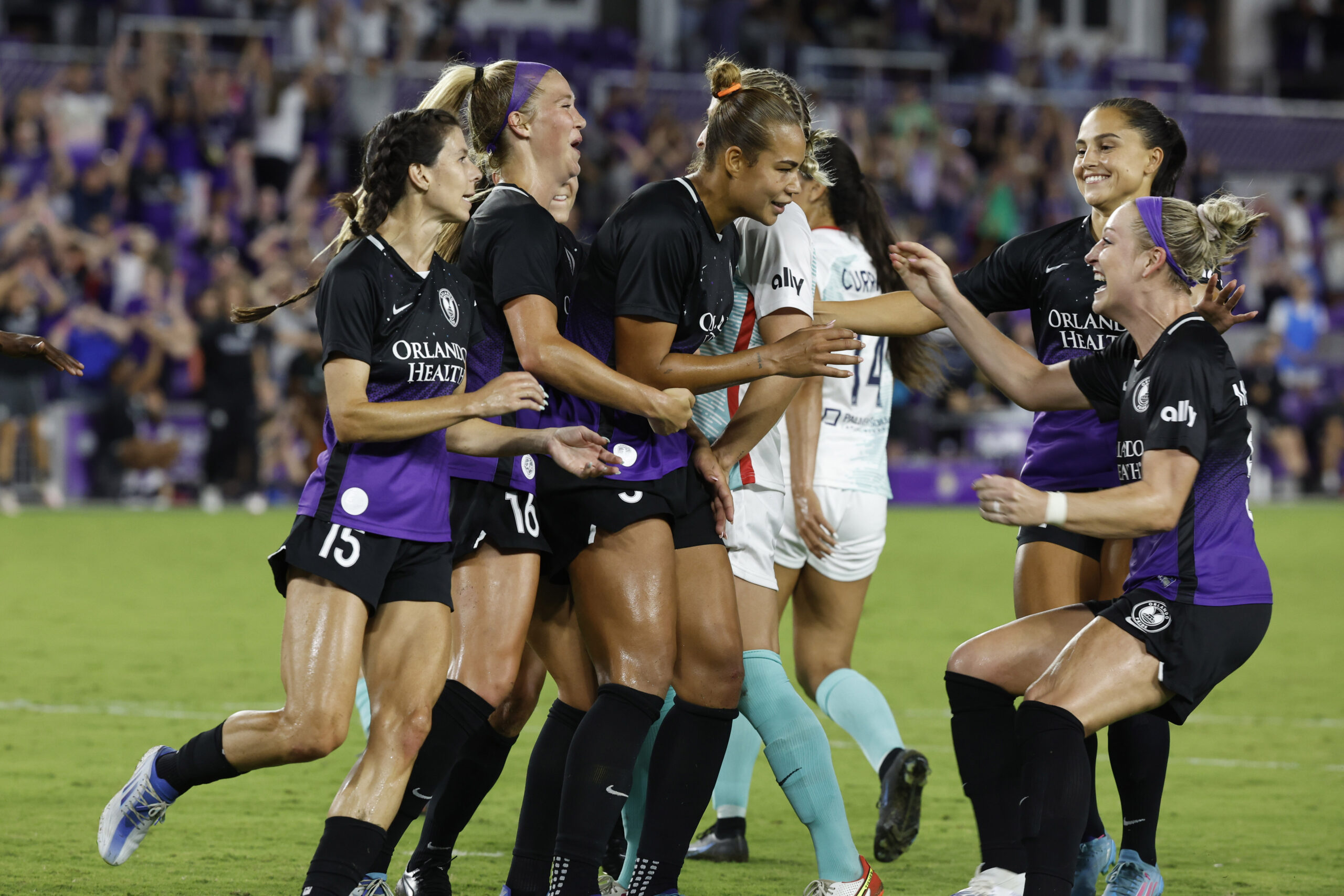 The Skinny: All of the action came in the second half as Kansas City were arguably the better team, but Orlando was bailed out by a stoppage time penalty, ending the match with a 2-2 scoreline

One Key Moment: When Kristen Hamilton scored at the beginning of stoppage time it looked like it would be the winner. Hamilton’s tally was a really well worked goal after forcing the turnover and a hopeful sign for the Current, who scored their first two goals of the regular season.

Inside the Game: Kansas City came out firing, creating chances as they looked to break their no scoring streak start to the regular season. But after the first 10 minutes or so, the Pride took over, stifling the Current with their high press and forcing turnovers. Orlando was unlucky at net, when Leah Pruitt rounded goalkeeper AD Franch but hit her shot off the post. Orlando looked dangerous but lacked the finishing touch.

Not long into the second half, the Pride took the lead they had been looking for. Darian Jenkins found space down the right side and sent in a high quality cross that was headed down by Sydney Leroux so Gunny Jónsdottir could poke it home.

After conceding, the Current kicked everything up a notch in the search for an equalizer. They engaged their own high press and got opportunities out of it but Erin McLeod made fantastic save after save to deny them. The visitors finally put one past McLeod in the 78th minute to equalize and score their first goal of the regular season. The goalscorer — Elyse Bennett — was a game changer when she came on, injecting energy and providing the focal point to the attack, and her goal sealed that status.

Kansas City kept up the pressure as they looked to score a winner, though McLeod continued to make huge saves to deny them all the way up until stoppage time. Bennett was once again the difference maker, providing the assist to Hamilton. But just minutes later, Orlando was awarded a questionable penalty kick and the chance to steal a point. The penalty was awarded for a foul in the box by Desiree Scott. For Orlando, Toni Pressley stepped up and slammed the ball upper 90 to equalize at two apiece.

The Skinny: Racing Louisville and the Houston Dash battled to a 1-1 draw, with good chances coming from both sides, but goalkeepers Jane Campbell and Katie Lund had a busy night in front of net.

One Key Moment: The equalizing goal from Jessica McDonald was set up picture-perfectly from Lauren Milliet. The service was easily one of the best assists in competition this year.

Inside the Game: After some back-and-forth between Houston and Racing, and a few nice saves from Lund and Campbell, the breakthrough came in the 77th minute. On a corner kick, Houston got a head on the ball, but Lund made a leaping save, pushing the ball to the crossbar. However, instead of going up and over, the ball bounced back into play and found the head of Nichelle Prince.

Prince slotted the ball on a seemingly empty net, as Lund was recovering from her leaping save.

However, Houston’s lead on the road didn’t last long. Jessica McDonald scored in the 82nd minute, off an assist from Milliet. McDonald snuck between two defenders in the box, when taking the header from Milliet.

Lund finished the evening with three saves, while Campbell was credited for one save. That was Louisville’s second-straight draw after going 2-2 with OL Reign last weekend on Mother’s Day.