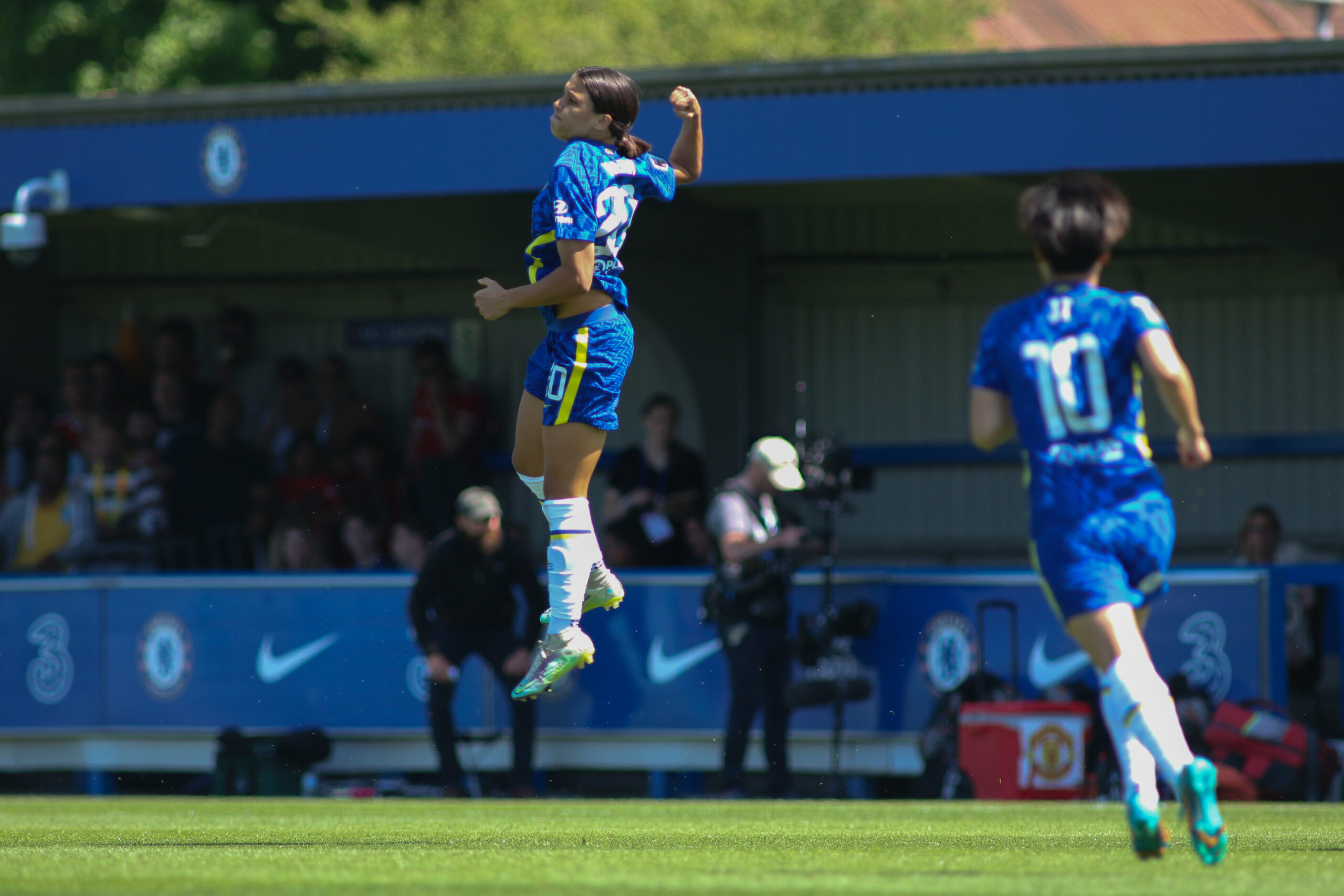 The 2021-22 FA Women’s Super League had a bit of everything. There was a closely contested title race, a Manchester rivalry for third place and Champions League qualification, and a fight to avoid relegation that was full of twists and turns. There were upsets: Birmingham City beating Arsenal, Reading beating Chelsea, West Ham beating Manchester City. And there was plenty of quality, too. Now that the season is over, here are my individual award picks and best XI.

Who else could it be? Kerr scored just under a third of Chelsea’s 62-goal total, and many of her strikes were crucial. After the 0–0 draw with Arsenal in February, she found the net in eight of her team’s last nine games. Among those strikes were winners against Aston Villa and Tottenham. On the final day, it was fitting that she scored the goal to essentially seal the championship: a stunning volley from outside the box. 20 goals, a second consecutive Golden Boot, a non-stop work ethic and a propensity for showing up when it really mattered; Kerr was essential to Chelsea’s third straight title.

Previously rotated in and out of the side, Zinsberger found another level this season after manager Jonas Eidevall entrusted her with the No. 1 status. The quality of her passing was impressive as ever, while her reflexes helped her to 13 clean sheets, comfortably the most of any goalkeeper in the league.