Anatomy of a Goal: That Rodman-Hatch interplay 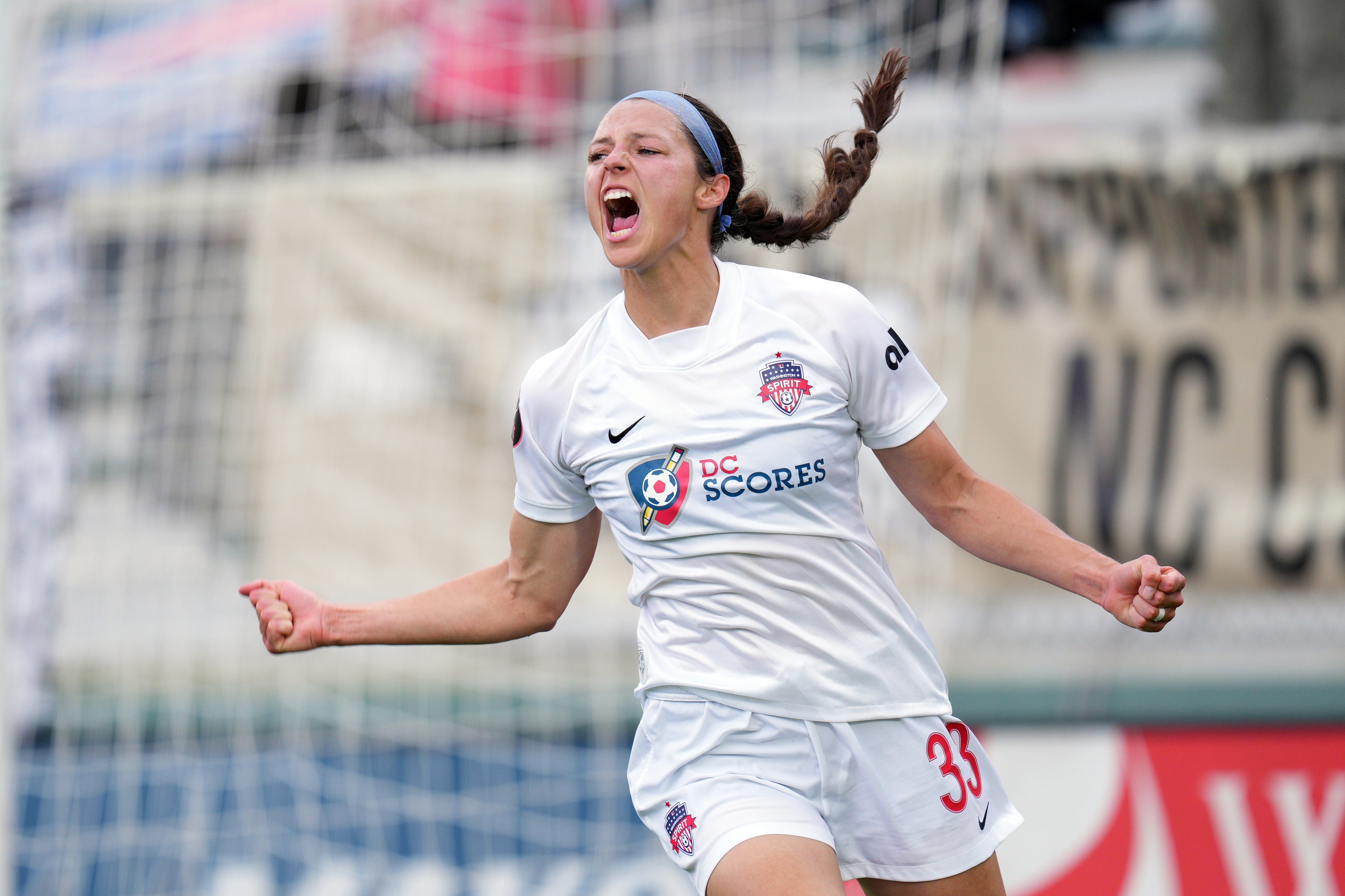 The Washington Spirit saw their 20-match, on-field unbeaten streak snapped at just the wrong time on Saturday — when there was a trophy on the line. But despite the 2-1 loss to the North Carolina Courage in the NWSL Challenge Cup final, the Spirit did produce one bit of soccer that encapsulates their squad. The goal they scored to equalize the match in the 35th minute was a thing of beauty. Let’s take a closer look.

How the Spirit won possession: The offside flag went up on Ashley Hatch, which gave the Courage a restart well north of their 18-yard box. The Courage gave it a boot down field and Spirit defender Emily Sonnett was first to it, running up to head the ball toward midfield.

What else happened: Trinity Rodman, whose responsible defensive play is a part of her game not often enough discussed, checked back to receive the second ball. Rodman played it back to Kelley O’Hara, who then switched the point through goalkeeper Aubrey Kingsbury. The Courage offered no more than a token, one-player press at this juncture and that allowed Sam Staab the time to play a ball centrally, and Ashley Sanchez the space to receive it. 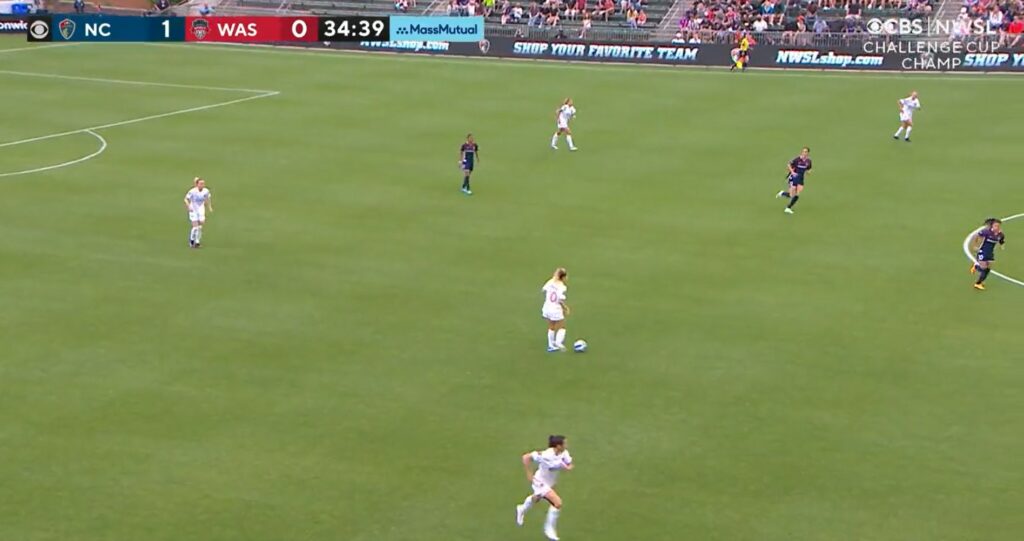 A key moment in the sequence:  Sanchez took one touch to settle, turned for another touch, and then drove a long-ball toward the front line that was about 35 yards from goal.

Access the best women’s soccer coverage all year long
Start your FREE, 7-day trial of The Equalizer Extra for industry-leading reporting and insight on the USWNT, NWSL and beyond.
Subscribe
Existing Users Sign In Here
Related TopicsAnatomy of a GoalExtraFeatured