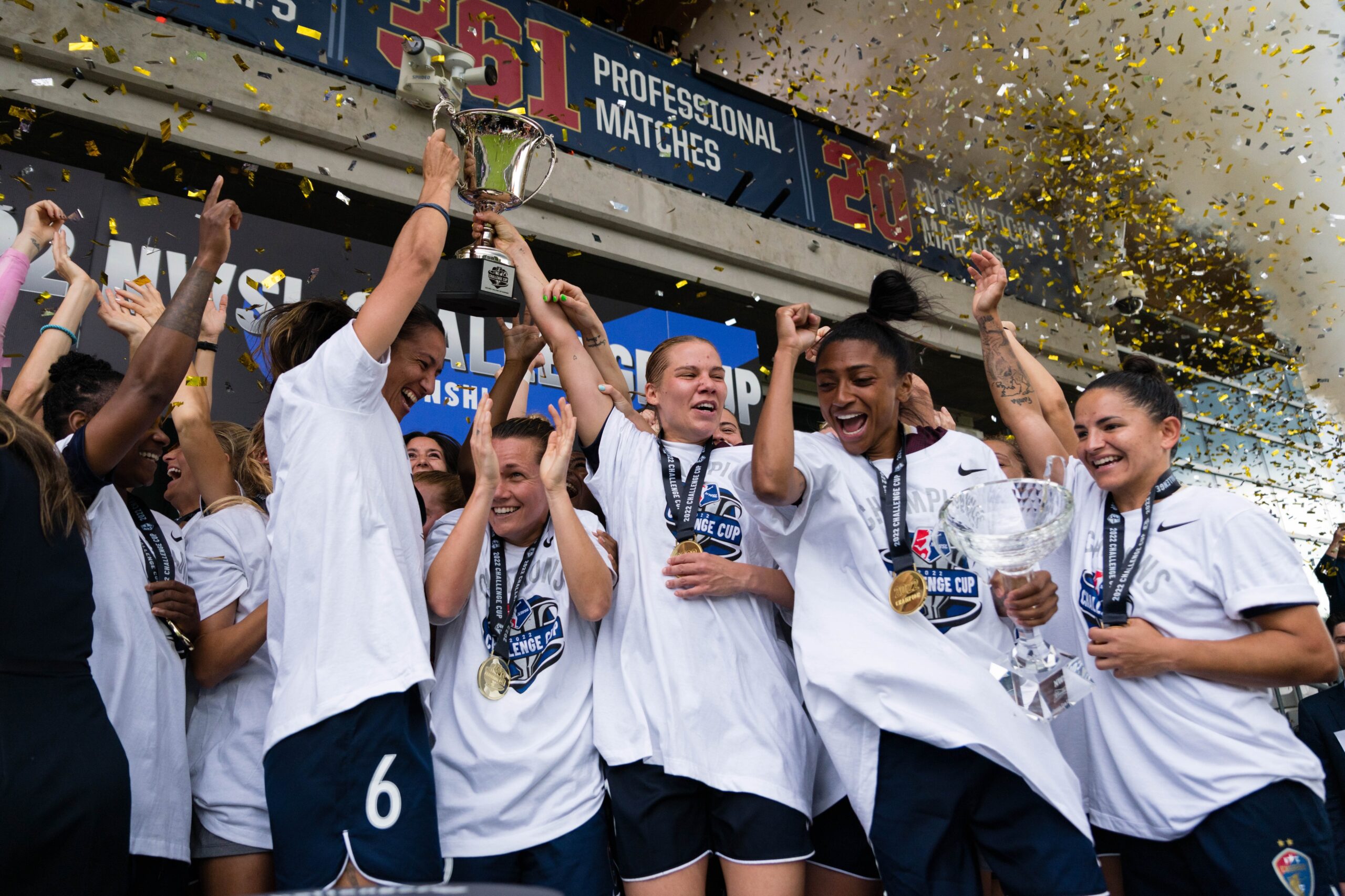 Maybe three times in six weeks was too many after all.

The North Carolina Courage and Washington Spirit played for the National Women’s Soccer League Challenge Cup on Saturday, the third time the clubs squared off since March 30th. Whether it was familiarity breeding contempt or not, the match took a nasty turn midway through the second half when Malia Berkely played Kerolin in behind the Spirit back line.

Sam Staab hustled back on a recovery run and even got there in time to force Kerolin to take her first touch just slightly away from goalkeeper Aubrey Kingsbury. But the touch also put Kerolin between the ball and Staab, who delivered a dangerous, crunching tackle from behind. Kerolin writhed on the ground in pain while Staab huddled with her defenders to try and problem-solve. While the call on the field was for a corner kick, replays made it fairly clear that Staab should have been whistled for a penalty, and probably a red card.

“I’ve got to go to the locker room,” Courage coach Sean Nahas joked post-match, intimating he did not want to discuss the referees.

While Kerolin was on the sideline, the Courage took the corner and it ricocheted off more than one player, the last of whom was Spirit midfielder Taylor Aylmer. As the ball went into the goal for the Challenge Cup-decider, Kingsbury’s last-ditch effort to keep it out ended with her head slamming into the post. After several minutes down, Kingsbury was able to continue. Kerolin said she, too, was fine to continue and came back in the match. But soon after, teammates alerted the coaching staff that she should come off, and Nahas signaled for her replacement.

Two more injuries were still to come. Abby Erceg was able to continue after taking an inadvertent cleat to the gut from Ashley Hatch. And then the worst was at the dawn of stoppage time when Jordan Baggett went to ground awkwardly and stayed there. She was eventually taken off on a stretcher — which arrived quicker with the help of some Spirit teammates — and was taken to a local hospital. Spirit coach Kris Ward, in the postgame press conference, did not have an update on Baggett’s condition.

“I think she just fell kind of funny. Her legs went one way, her neck and back went the other,” Carson Pickett said. Pickett and Erceg both said they did not see Baggett go down.

The injuries and hard fouls cast a bit of a pall over the match, but it did not dampen the excitement of the Courage and their players. When NWSL fans discuss 2021 as a troubling year for the league, much of that is centered on the coaching change in North Carolina. Though Paul Riley’s known transgressions happened in a previous job, his firing rocked a Courage club that was already in transition after dominating the league in the latter part of the last decade.

“When I took this job after everything that happened last year,” Nahas began, “and I hate bringing it up because I just wanted to move on, but it’s important. One of the key things for me was restoring pride to this club and not having it have a black eye. And allowing these players to believe again, and allowing these players to trust themselves again, feel what it’s like to be a champion again. And they have done that.”

The road back to lifting a trophy was one littered with the loss of several key players. It started with McCall Zerboni, but in the aftermath of Riley’s departure, Sam Mewis, Lynn Williams, and Jess McDonald all exited via trade. But the Courage kept adding players as well in what Nahas called a “retooling, not a rebuilding.”

“I think it’s important,” he began after motioning for Erceg and Pickett to make sure they heard his answer. “It’s not the players that we lost. It’s the players that we have. And that’s all I care about. We have really unbelievable players here. I will never focus on people who aren’t here anymore. They’ve done a lot for us and they’ve helped us be successful. And we have a lot of gratitude for them. But I only care about the players in that locker room and the work they put in every single day for each other. And I won’t talk about any other players moving forward.”

Erceg is one of the players who has stayed. Her arrival to the Western New York Flash from Chicago in 2016 helped bring the club a surprise NWSL Championship, and then she followed the team to North Carolina for three straight Shields and two more league titles while entrenching herself as one of the top center backs in the world.

“The transformation that we went through isn’t normal,” Erceg said. “So, I give a little bit of kudos to the club. [It was] something that happened that was a little bit out of their control and they responded in a manner that helped the players. There were a lot of conversations behind the scenes [and] a lot of things that logistically needed to change. And I think the club has done a really really good job of that and that has allowed us as players to do our job on the field, feel a lot more comfortable than we did last year. So I do have to say thank you to the club for that.

“On the other side, [it’s] the players picking it up as well,” she continued, praising the players who have joined the Courage in recent seasons. “That’s a big history to pick up, a big thing for new players to carry. So same thing, kudos to them.”

Nahas deferred all credit to the players saying the coaching staff “hasn’t done a thing,” but it is clear that the staff has given the players the runway they needed to get back to playing winning soccer. It was not unlike the way the Spirit transformed last summer after Ward took over for Richie Burke under similar circumstances.

“I couldn’t be any happier for them,” Nahas said of his players. “To see Kiwi [Erceg]’s face at the end, that means more to me than anything.”