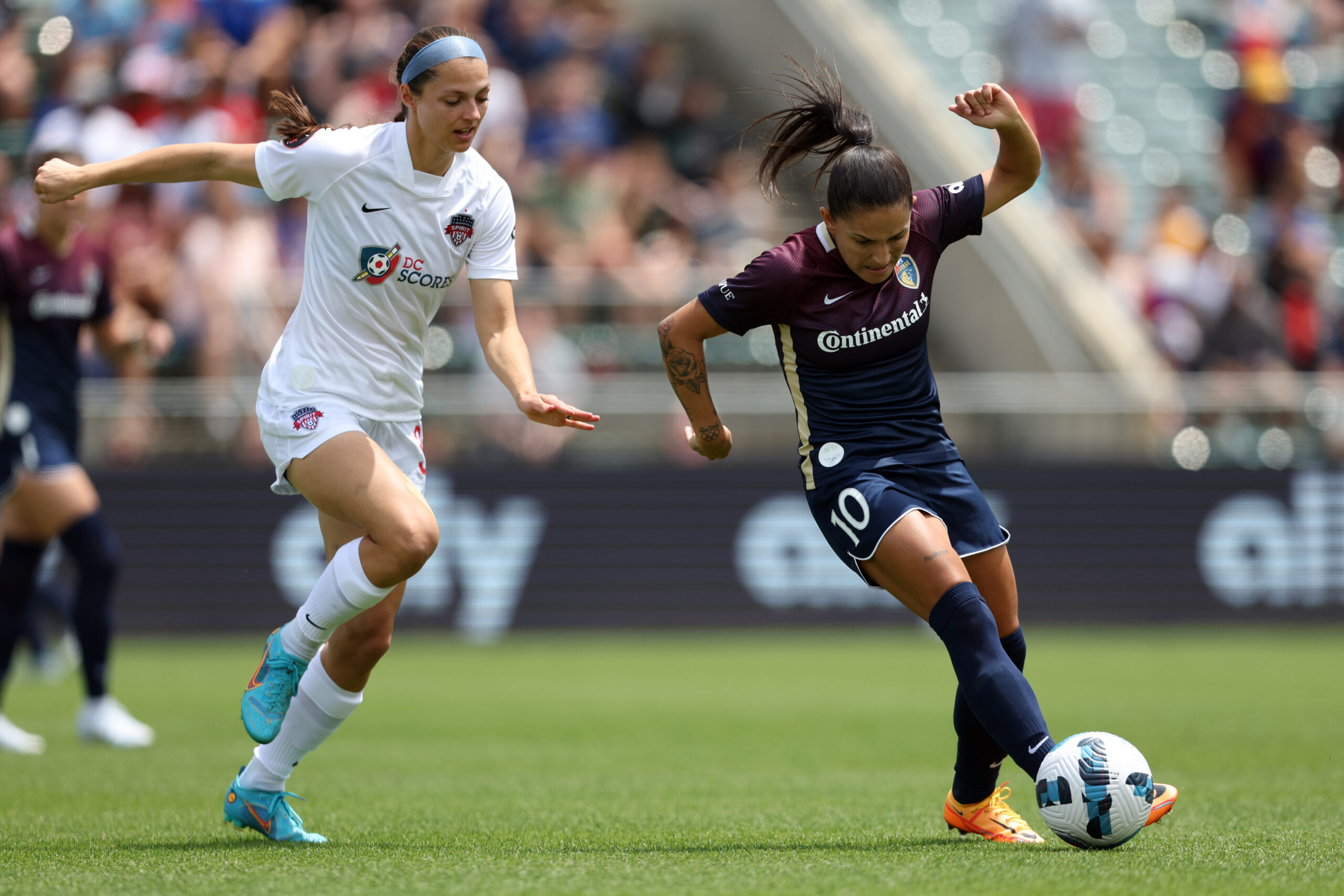 On Saturday at WakeMed Soccer Park, the North Carolina Courage captured the 2022 NWSL Challenge Cup title with a 2-1 win over the Washington Spirit.

North Carolina came out flying and opened the scoring early. A blistering counter attack saw Debinha beat Spirit defender Kelley O’Hara on the dribble deep in the Courage’s own half. She carried the ball halfway down field and played a perfect through ball to countrywoman Kerolin. The Brazilian forward cut in and unleashed a low shot, beating keeper Aubrey Kingsbury, whose momentum was going the other direction.

The Courage continued their killer transition play through the first 30 minutes, forcing a diving save from Kingsbury, and ringing another attempt off the post. But the Spirit were able to weather the storm, and slowed down the pace of the match in the midfield, effectively reducing the counter attacking opportunities for the Courage.

And the tactic paid off, as Washington equalized before the half. In the 35th minute, Trinity Rodman sent a clever outside-of-the-foot through ball to Ashley Hatch, who made no mistake with the finish.

But the match wasn’t level for long, as a bit of chaos lead to North Carolina’s winner. After Kerolin was taken down in the box by Sam Staab, no foul was given, and the Courage earned a corner kick instead.

Carson Pickett sent in the inswinger, and with a plethora of bodies in the box, the ball went off of Courage forward Diana Ordoñez, before ricocheting off of Spirit defender Taylor Aylmer into the goal.

Kingsbury was down on the pitch after the goal, as she appeared to hit her head on the goalpost. She was checked by medical staff and remained in the match. And in stoppage time, another injury break occurred, when Washington midfielder Jordan Baggett was down for an extended period. In the scary scenes that followed, medical staff sped to her side, and Spirit players assisted in rushing the stretcher to Baggett. Thankfully, Baggett appeared conscious as she was stretchered off the field.

The North Carolina win snapped Washington’s 20 game unbeaten streak in all competitions (not including the two matches the Spirit forfeited in 2021 due to COVID protocols).