Coventry United had negative points with 12 games remaining. Here’s how they escaped relegation 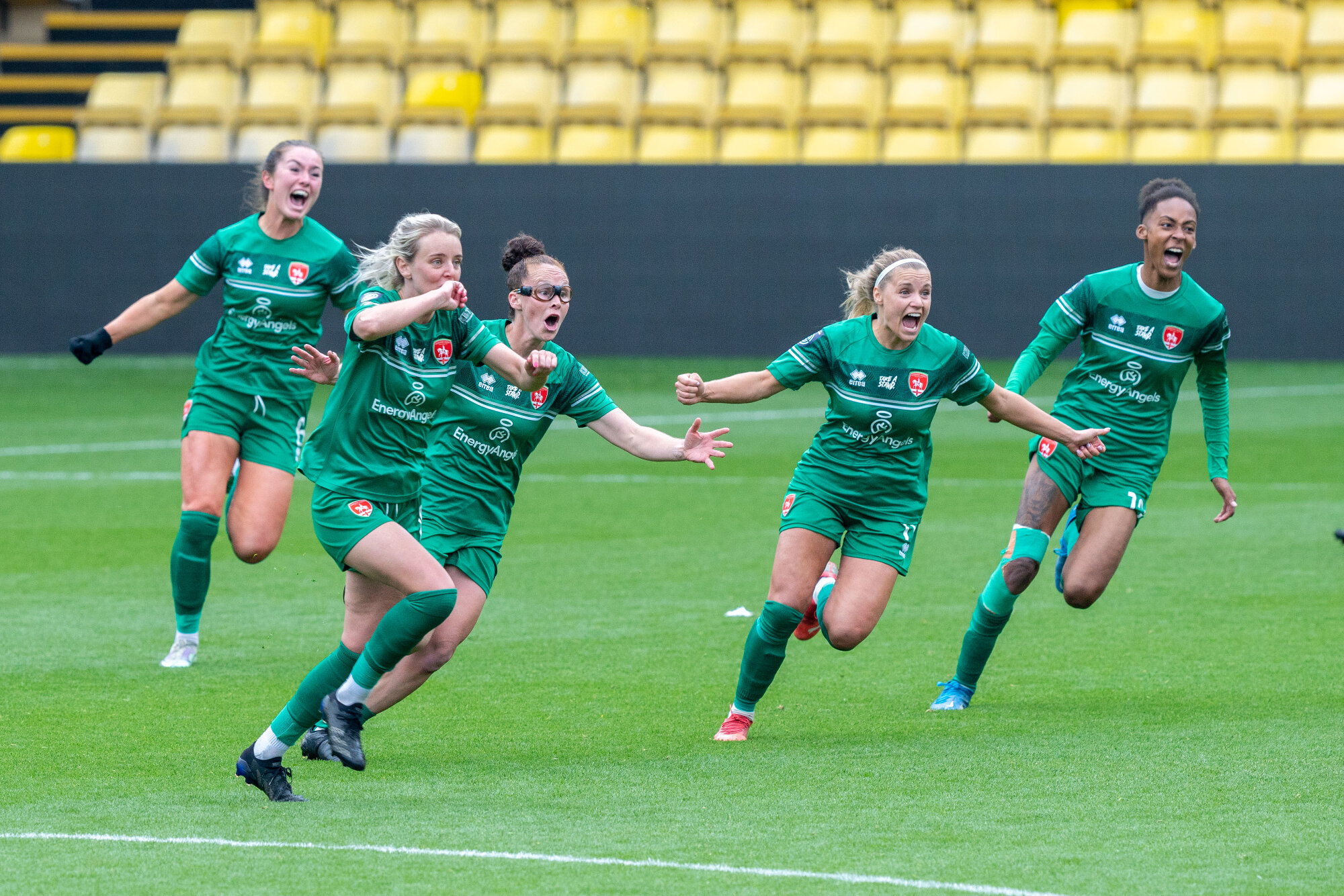 Sports fans are enamored with the comeback story and soccer supporters are no different. In the National Women’s Soccer League, the 2021 Washington Spirit had the ultimate comeback. Forced to switch coaches midway through the season after allegations of abuse against former head coach Richie Burke, forfeiting matches due to COVID-19 and then coming back from two deficits in the playoffs, the Spirit managed to lift the NWSL Championship. On the other side of the ocean, it’s no different.

While Real Madrid’s men’s Champions League semifinal victory — after being down two goals within minutes of the full-time whistle — grabbed most of the football headlines, there was a more impressive comeback in Europe. Last Sunday, Coventry United Ladies Football Club completed a two month long campaign to avoid relegation from England’s second tier.

Relegation battles are nothing new, but Coventry United achieved the goal against seemingly insurmountable odds. While they started the year with great promise as club ownership announced full professional status of their women’s side, things drastically changed in late December when ownership announced voluntary liquidation of the club.

Without a large football conglomerate supporting Coventry United (their men’s side sits in the ninth tier of the English football structure), they needed to be financially saved. Local energy company Energy Angels stepped in at the 11th hour to buy the women’s club before the January 4 deadline, but what happened next required more angelic intervention.

Despite being saved, on January 6, England’s Football Association imposed a 10-point deduction against Coventry for entering the liquidation process. After a failed attempt at overturning the punishment, Coventry plummeted to the bottom of the table. Instead of sitting in second-last place, with six points, Coventry now sat in last place, with negative four points and 12 matches remaining. To make matters worse, Coventry lost their first four matches following the punishment.

So, with eight matches remaining, Coventry’s negative four points had them trailing 11th-place Watford by 11 points. The odds heavily leaned towards a drop from the FA Championship to the FA National League, England’s third tier. That’s when things changed.

A week after a 3-0 defeat to eventual league champions Liverpool, Coventry was down a goal to Charlton Athletic on on February 13. Coventry was two minutes away from their fifth loss in a row when they earned a late corner kick. As the ball sailed through the penalty area, forward Katie Wilkinson brought it down with her chest and sent a shot into the back of the net, earning the team’s first point since the deduction.

Remarkably, Coventry didn’t lose in the league again. In the next six matches, they won three and drew three, scoring four goals (each in the second half) along the way.

On April 17th, down a goal to Bristol, Wilkinson scored with her head off a cross in the 83rd minute to earn the draw. And a week later, it was Wilkinson again putting Coventry up late, scoring a 71st minute penalty kick to earn the three points over Lewes. With one match remaining, Coventry United had nine points on the table.

Watford helped keep Coventry in the fight, as they earned just four points in their final eight matches.

In a matchup that looked more like a Hollywood script, second-last place Watford faced off against last place Coventry United in the last match of the season. With one team set to be relegated, only a win could keep Coventry from falling to the third tier.

Sunday’s match was a battle. But Coventry carried the momentum through, playing strong in the first half, giving up little to Watford who had the advantage of playing at home. The match stayed nil-nil, with seven minutes of added time announced.

Just before the end of 90 minutes, Coventry sent in a headed effort that rang off the post, giving them a semblance of hope. Desperate for a goal, in final minute of the seven minutes of stoppage time, they won a free kick.

The foul was over 30 yards from goal – a position where most players would send a cross into the box, and hope for a goal amongst the chaos. Midfielder Mollie Green saw things slightly different.

Green had stints with Liverpool, Manchester United and Everton. Each stop came with mixed success, and inconsistent playing time. But for Coventry, Green played consistently and scored twice during the season, each goal in stoppage time, but both matches ending in defeat.

Sunday was a different story. Green didn’t opt for a free kick, and Coventry didn’t try some cinematic trick play. Green stepped back and sent a rocket into the top left corner of the net, past goalkeeper Georgie Ferguson. As Watford players’ shoulders slumped towards the field, Coventry exploded with elation.

Screams of joy rang throughout Vicarage Road. Coventry players ran to each other, coaches and substitutes bolted onto the field and soon after the final whistle blew. Coventry began the season as professionals, spent the holidays on the brink of unemployment and earned 16 points in their final eight matches to stay in the FA Women’s Championship.

Coventry still has a long road to joining the top tier, the Women’s Super League, where larger player and media contracts live. But after the 2021/22 season, anything seems possible.