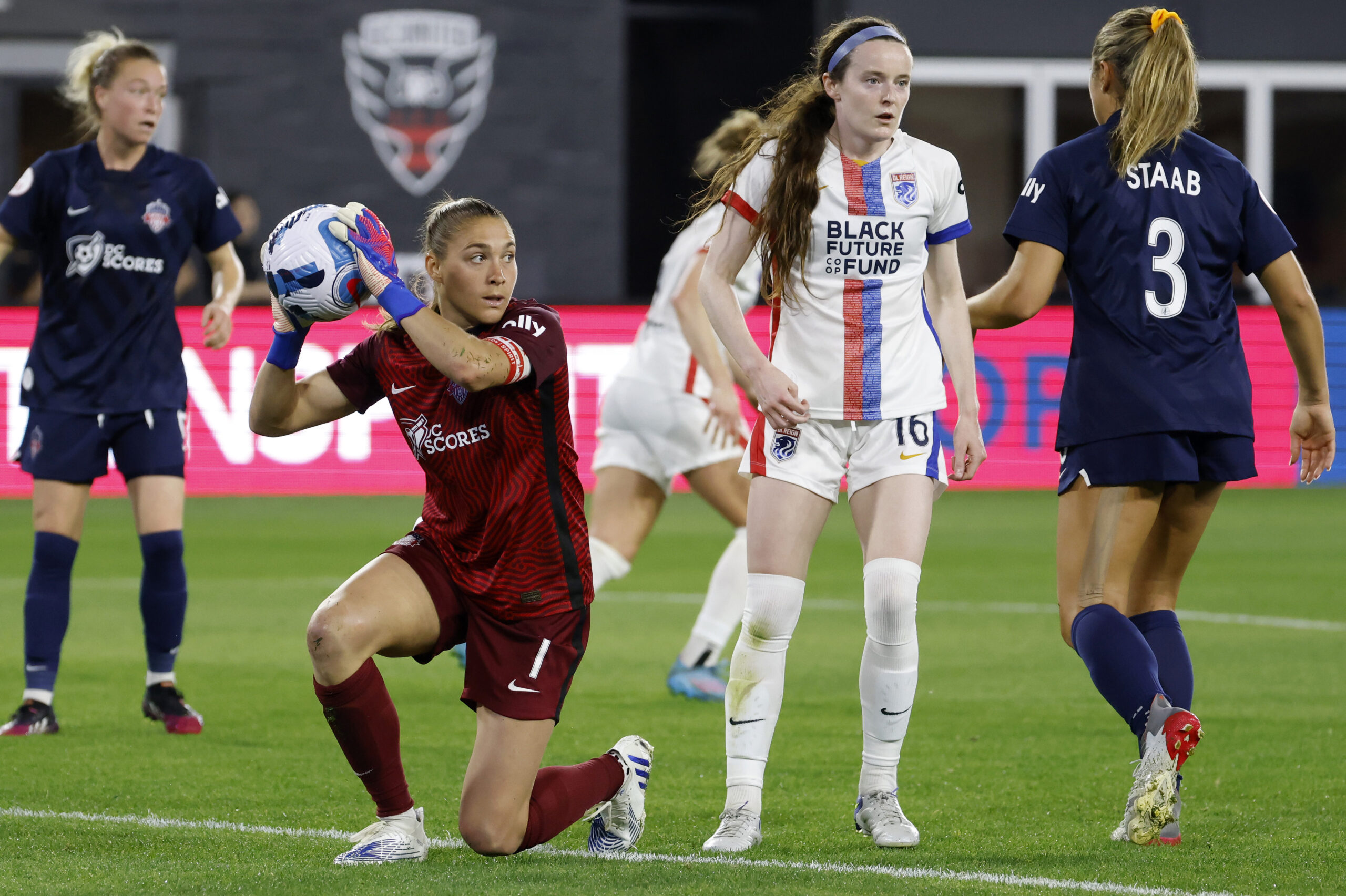 We’ll get to how the Courage advanced, but first, let’s look at the drama in D.C. as the Spirit held off OL Reign in an epic shootout after a bad no-call in stoppage time.

The Skinny: The Washington Spirit took OL Reign to penalties at Audi Field, and it took 10 penalty kicks to crown a winner. A big-time performance from Aubrey Kingsbury propelled the Spirit ahead of OL Reign, who they have now beaten twice in the last four days.

One Key Moment: We’re not going to talk about the game-winning save from Kingsbury, although the moment was spectacular for a goalkeeper who has been consistently good for the last few years. However, the key moment of this match goes to the no-call on a handball in second half stoppage time. Anna Heilferty stuck her arm out and the ball — off a corner kick — skipped off her hand. It was a clear and obvious handball. As Megan Rapinoe said postgame, Heilferty’s arm was “out on f***ing Jupiter.”

Inside the Game: Washington was mostly on the defensive foot in this match, with the Reign supplying plenty of pressure. Learning from their past mistakes, OL Reign kept a close eye on Trinity Rodman, essentially turning her into a background character.

Penalties was where the excitement came. After five makes in a row from both sides — including a conversion on the third penalty from goalkeeper Kingsbury — the penalties went into sudden death. Tinaya Alexander had a penalty saved by Phallon Tullis-Joyce, but then Kingsbury responded by saving Nikki Stanton’s attempt. Finally, on the 10th and final attempt, Sam Staab converted for Washington, but Jess Fishlock had her penalty saved by Kingsbury.

The Skinny: The Courage scored two first-half goals, orchestrated by their new Brazilian magician Kerolin, which secured the victory despite the late surge from Kansas City.

One Key Moment: The game-winning goal ended up being an easy tap in in the end for Diana Ordoñez thanks to the brilliant work from Kerolin.

Inside the Game: Kerolin was undoubtedly the star of this match. Not only was she simply everywhere wreaking havoc, she also earned the PK that opened the scoring, something she has now done several times for North Carolina.

Kansas City created a similar number of chances and had an equal share of possession but simply were unable to convert. There were multiple goal line clearances that kept them off the scoresheet until there were only ten minutes left. Finally, 79′, Kristen Hamilton put the ball in the back of the net. There was enough time for a comeback but the Courage defense saw the challenge off well to secure the win.

As NWSL grows, coaches hope their voices will be heard
The Reign and Spirit double dose was as epic as it was ridiculous