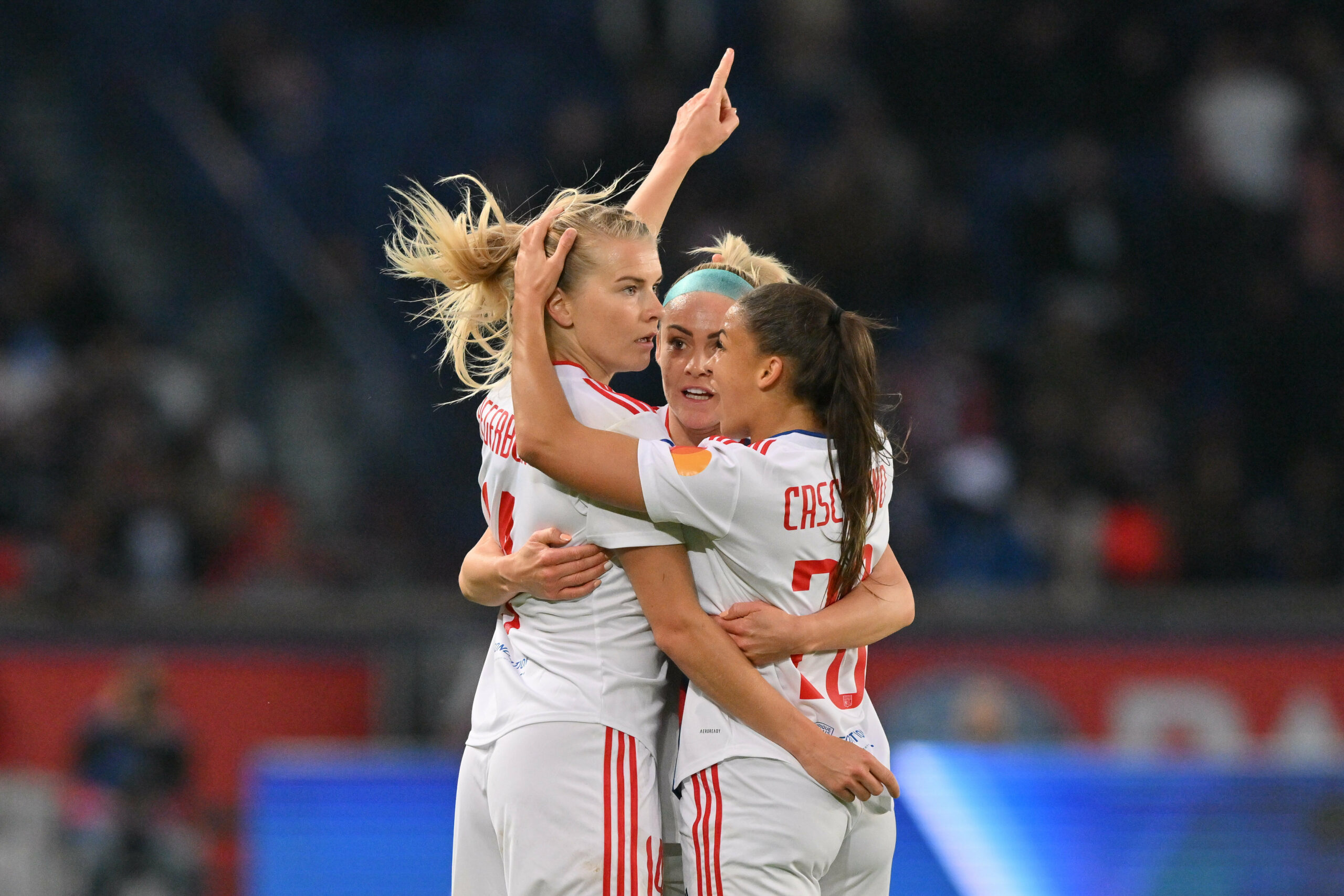 The UEFA Women’s Champions League final is set for May 21 in Turin: Reigning champions Barcelona will look to repeat against Lyon, the team that previously defined dynasty in the sport. Here’s how the second legs of the semifinals played out on Saturday.

The reigning French champions came into this home match down one goal on aggregate but with a good chance of going through. They had yet another record-breaking crowd to try and lift them to victory as 43,254 people attended, breaking the country’s record for attendance at a women’s professional club match.

Despite this crowd and having a majority of the possession, PSG were unable to score enough goals and the experience of Lyon won out; Lyon won 2-1 on the day to advance 5-3 on aggregate. This victory sends OL to their record-breaking 10th Champions League final, where they will face the competition’s reigning champions, Barcelona.

PSG came out swinging, putting Lyon under all sorts of pressure, but the eight times winners of the competition were unphased, scoring their first real chance of the match just 15 minutes in. It was a well worked counterattack with perfect service from Selma Bacha and an absolutely clinical finish from Ada Hegerberg.

This early goal shook the home side who looked less than confident for the next 15 minutes. They eventually worked themselves back into the game and continued to dominate possession but weren’t able to do anything meaningful with it. Then, just minutes before the break, Paris’ keeper, Barbora Votíková, went down with a non-contact injury to her knee and was unable to continue for the second half. She was replaced by Charlotte Voll, a solid keeper but who had not played a ton of minutes this season.

Ten minutes into the second half there was a major momentum shift when, what could’ve been Hegerberg’s second goal of the night, was called back for offsides on the assist of Melvine Malard. It was a tight call made by VAR but a let off for PSG that seemed to give them the jolt they needed. Their play began to look more purposeful as they pushed more numbers forward and searched for that desperately needed goal. They had a couple chances where they were unlucky not to score but Marie-Antionette Katoto pulled one back in the 62nd minute, bringing them within just one goal on aggregate.

Paris continued to push for that necessary goal, but Lyon defended well and Wendie Renard, the competition’s all-time appearance leader, put the nail in the coffin with a classic headed goal off a set piece in the 83rd minute. The quality service was once again provided by Bacha. Despite PSG’s continued effort, the home side could not score another two goals to send the match to overtime.

A record club-crowd of 22,057 at Volkswagen Arena was on hand to watch Wolfsburg hand Barcelona their first loss in 48 matches on Saturday, but despite the impressive result for the German leaders, Barcelona’s crushing first-leg result saw them through to the final with a two-goal buffer. Barcelona advanced 5-3 on aggregate to return to the final on May 21 in Turin, where they will seek a second straight UEFA Women’s Champions League crown.

The second-leg performance was a vast improvement for Wolfsburg, who showed better defensive organization and grit at home. They still had several bad giveaways in their defensive third that put themselves under pressure, but Barcelona lacked the clinical finishing that was on display at Camp Nou. Barcelona held a majority of possession in the first half but Wolfsburg had their numbers back defensively, clogging the middle channels and not giving the visitors anything easy.

The second half was a different story, and it was one of a dominant Wolfsburg. Buoyed by the crowd, the home side engaged in pressure higher up the pitch, forcing turnovers in the midfield and making it difficult for Barcelona to play out of the back as they so often do. Sveindís Jónsdóttir in particular had a fantastic game on both sides of the ball, she was literally everywhere this game and a large reason for the Wolves’ success. You can see her keeping the ball alive leading to this opening goal 47th minute.

The midfield was crucial to this match, particularly the play of Svenja Huth, Ewa Pajor, and Jill Roord. Their pressure clearly affected their opponent’s play and 60 minutes in it led to a second goal for the home side.

While Wolfsburg had better 1-v-1 defending this match, Barcelona still had an equal amount of chances that Almuth Schult once again came up big to save. In the end Barcelona’s five goals from the first leg saw them through to the final.