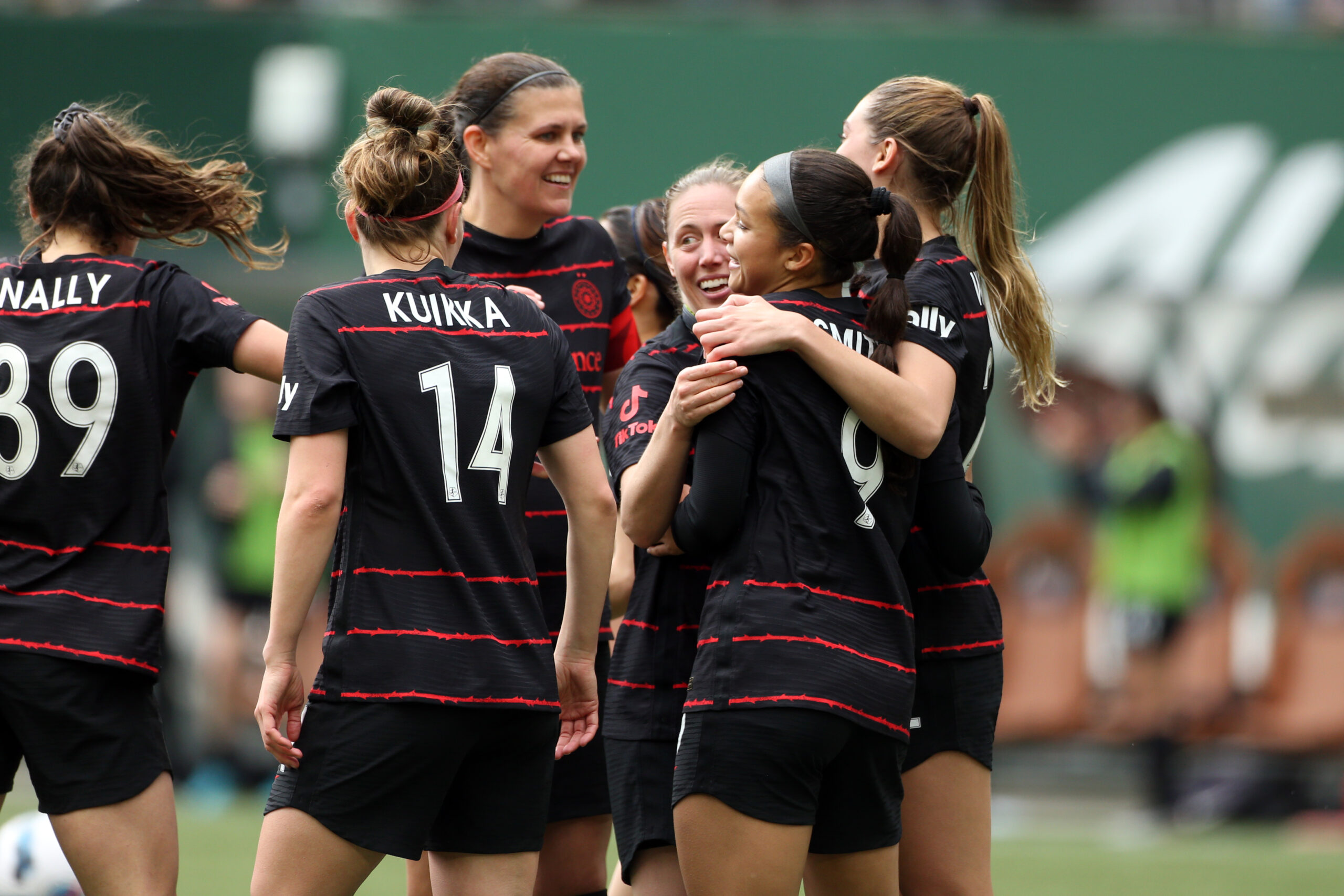 The Skinny: After dropping their final group stage game in the NWSL Challenge Cup to Angel City, the Portland Thorns opened up their regular-season campaign with a 3-0 victory over the Kansas City Current.

One Key Moment: Sophia Smith’s goal was the highlight of this match, as she scored a rocket past former Thorns goalkeeper, and Kansas City no. 1, Adrianna Franch. Smith’s shot was assisted by Meghan Klingenberg and wrapped up all three points for the Thorns.

Inside the Game: Kansas City entered the game with a spot in the NWSL Challenge Cup semifinals, while Portland missed out on a spot after a loss to Angel City. However, that’s a completely different competition than the NWSL regular season. For the two sides, and the rest of the teams in the league, it’s all about building points. Portland, at home, earned three points, and Kansas City leaves with zero.

Smith’s goal was one for the highlight reel, as shown above, firing the shot from a tough angle inside the box.

Of note for Kansas City, the team had to make an early substitution in the 19th minute after Mallory Weber went down after a non-contact injury to her knee. Weber formerly played for the Thorns from 2016-19. Alexis Loera entered the match for Weber.

The Skinny: The rain didn’t stop the Chicago Red Stars and Racing Louisville from facing off in Week 1 of the NWSL regular season. Three goals were scored in the first 30 minutes, and then a weather delay took over for a little over an hour. Chicago held off Louisville for the final 60 minutes and claimed three points at home.

One Key Moment: There wasn’t a huge shift in momentum after the long weather delay, as both teams went about 50-50 in attacking each other’s nets. The game-winning goal came from Bianca St. Georges, giving Chicago the win. St. Georges was at the far post of the net and found herself at the right place at the right time, tapping in a rebound past Racing Louisville goalkeeper Katie Lund.

Inside the Game: Chicago took the lead early, courtesy of Ella Stevens’ header inside the box on a corner kick. Stevens goal was recorded just 57 seconds into the match.

Racing Louisville equalized in the 10th minute, slipping through Chicago defenders St. Georges and Amanda Kowalski and going one-on-one with Red Stars goalkeeper Alyssa Naeher. Kayla Sharples made a last-ditch sliding tackle and ended up getting a toe on the ball and directed it toward net. However, it wasn’t enough to elicit an own goal on the scoresheet.

St. Georges helped to redeem herself and the defense with her goal in the 25th minute.

Chicago joins Angel City and Portland as teams to win and gather three points in their Week 1 contests.

No silent night in LA: Angel City shows what the NWSL should look like
NWSL Results: Spirit best Reign in first meeting of the week; Gotham, Wave open season with wins