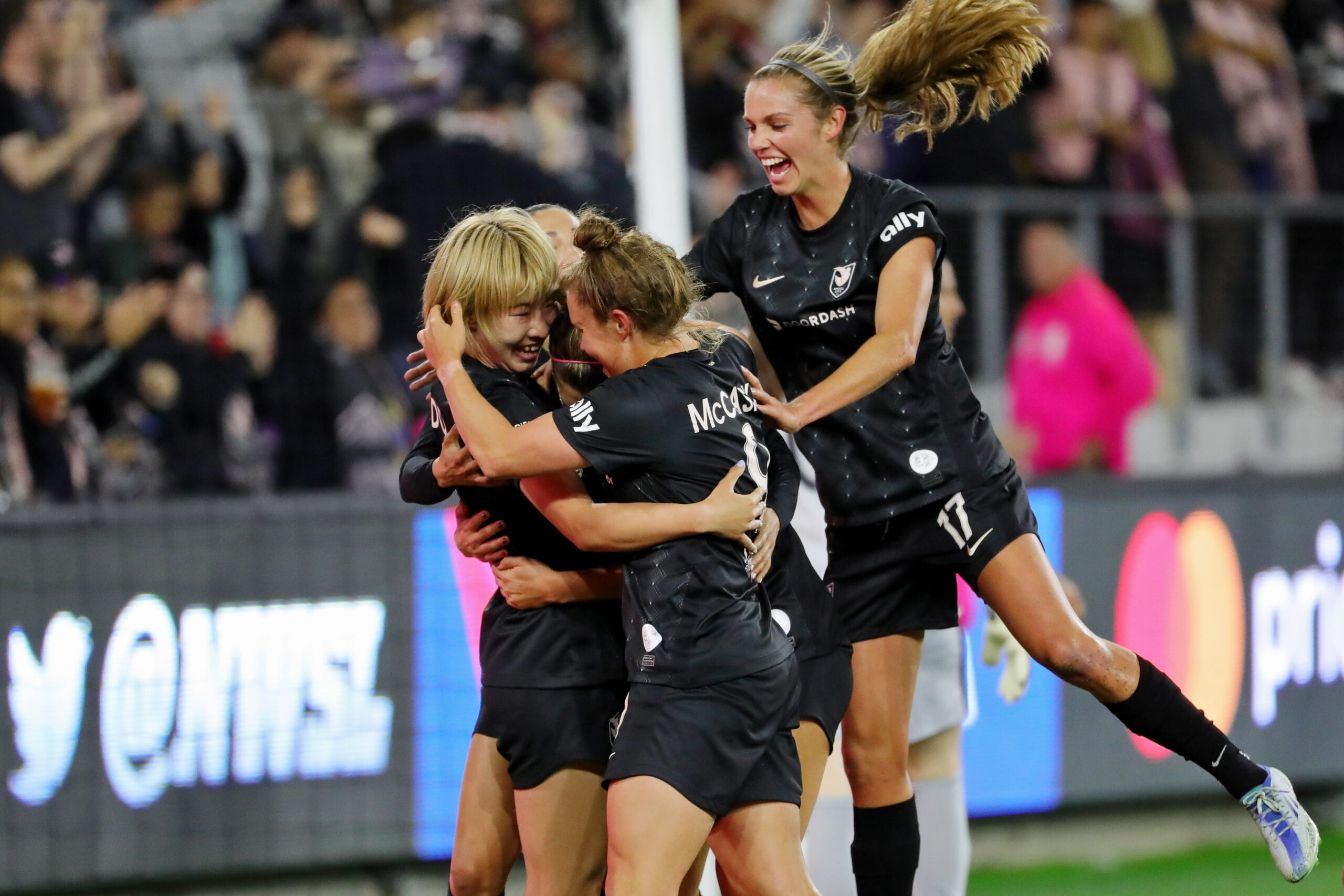 The National Women’s Soccer League’s regular season kicked off with a bang on Friday in Los Angeles as Angel City FC played at Banc of California Stadium for the first time, in front of an electric crowd. It was a defining and unforgettable moment for the club and the league, one which got every bit of the big-game treatment it deserved.

The Skinny: Angel City defeated the North Carolina Courage, 2-1 for a first regular-season victory in franchise history. Vanessa Gilles and Jun Endo each scored in the opening 13 minutes to give the home side a 2-0 lead, while Debinha got one back for North Carolina early in the second half.

One Key Moment: The enduring memories of this game will be the pomp and circumstance, and how the raucous crowd signified the arrival of Los Angeles in the NWSL, and all of that was brought to life three minutes in when Vanessa Gilles scored the opening goal.

Inside the Game: Gilles’ early goal was a product of Endo’s hard work, and it set the tone for the Courage getting stuck on the back foot for most of the match. The energy in the stadium was palpable well before kickoff, and Gilles goal validated Angel City’s belief and compounded the pressure for North Carolina.

Endo was influential early and had her best game thus far in an Angel City uniform. She doubled Angel City’s lead in the 13th minute when Savannah McCaskill found her in space on the flank with a great diagonal ball. Endo, along with Ali Riley in support, owned North Carolina’s right side and consistently found space behind right back Merritt Mathias. The Courage, after settling into the game following the two goals conceded, attacked up the opposite flank through Jalene Daniels.

Arguably the most important moment of the first half in terms of keeping control of the game came in the 38th minute, when DiDi Haracic made a great reaction save on Emily Gray’s shot from close range to preserve the two-goal lead. The Courage had been gaining momentum through Daniels pushing high on that left side.

Gray had a say early in the second half, however, when she put a ball on a dime for Debinha to head in and get a goal back for the Courage. Gray, a rookie, was a surprise starter alongside Debinha in the double-10 role after playing only two minutes thus far in the Challenge Cup.

North Carolina lacked creative solutions to Angel City’s lower line of confrontation which drew out the Courage. Angel City then pounced on the space left exposed by North Carolina’s narrow shape in the box formation. Kerolin and Debinha had flashes of both combination and individual play, but defensively, North Carolina struggled. The home crowd certainly played a role in that.

Hitting reset: Each team’s prospects ahead of the 2022 NWSL regular season
No silent night in LA: Angel City shows what the NWSL should look like