No silent night in LA: Angel City shows what the NWSL should look like 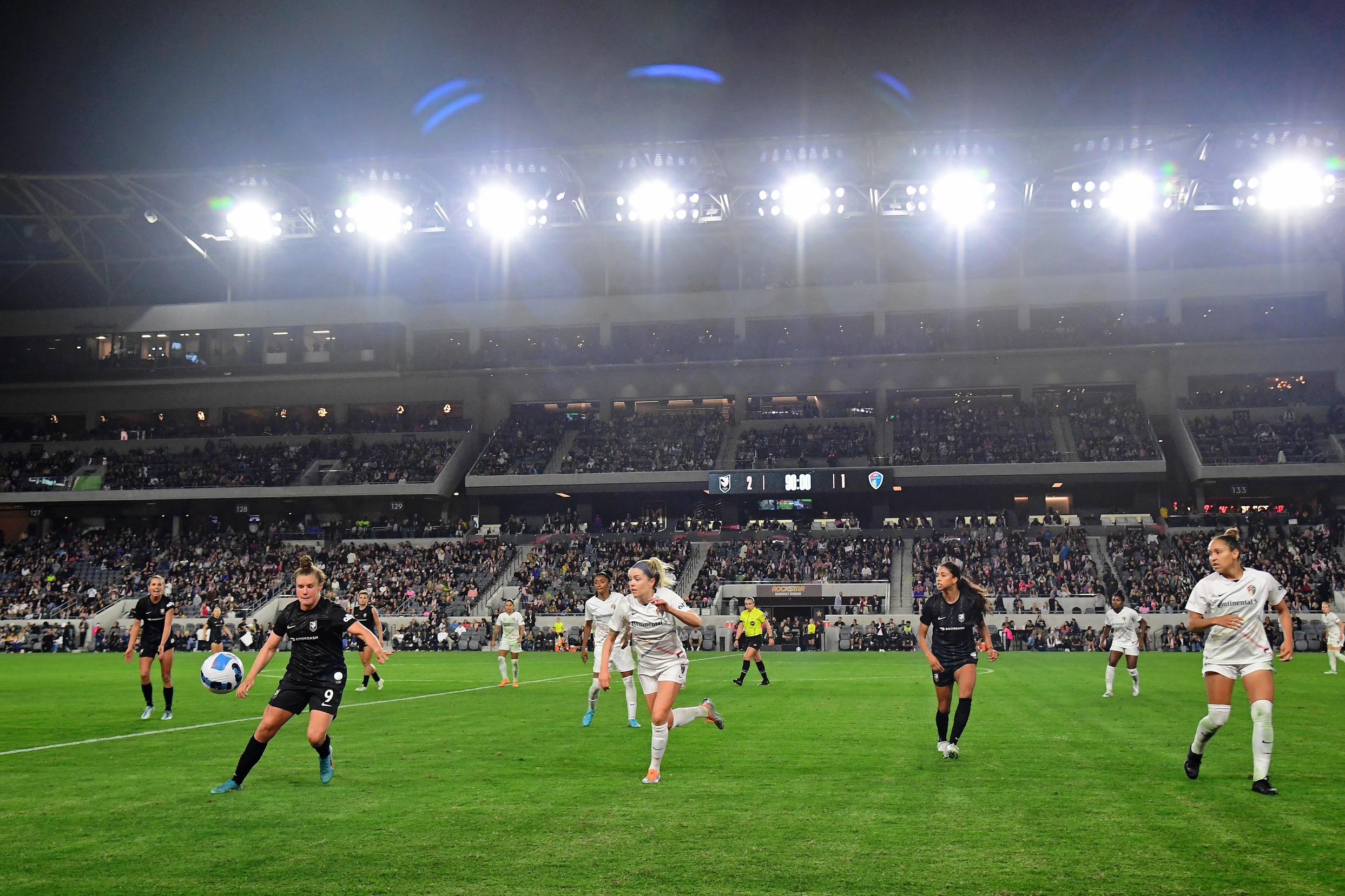 Angel City FC is on top of the National Women’s Soccer League.

That is the case both literally and figuratively after the high-profile expansion side packed Banc of California Stadium in Los Angeles on Friday night and sent their legion of new fans home with a 2-1 victory. Even from 3,000 miles away, the atmosphere was electric from the start, and downright spinetingling after Vanessa Gilles put the home side on the board in the 3rd minute. Jun Endo doubled the lead 10 minutes later and Angel City were on their way.

“The crowd was unreal tonight,” Angel City head coach Freya Coombe said. “Their energy, enthusiasm, and support for the players and for the coaching staff was felt throughout the night. It’s the best environment that I’ve ever coached in.”

“The crowd was not silent tonight, at any moment, ever,” North Carolina Courage coach Sean Nahas said in praise of the 22,000 that were on hand.

Included were a host of celebrities, many of whom are part of the expansive Angel City FC ownership group. Actress Jennifer Garner and women’s sports pioneer Billie Jean King were interviewed during CBS Sports Network’s pregame show. So were Mia Hamm and Julie Foudy, now minority club owners attending a match 14 miles from the Rose Bowl, where they helped give women’s soccer its first monumental boost at the 1999 World Cup final.