Hitting reset: Each team’s prospects ahead of the 2022 NWSL regular season 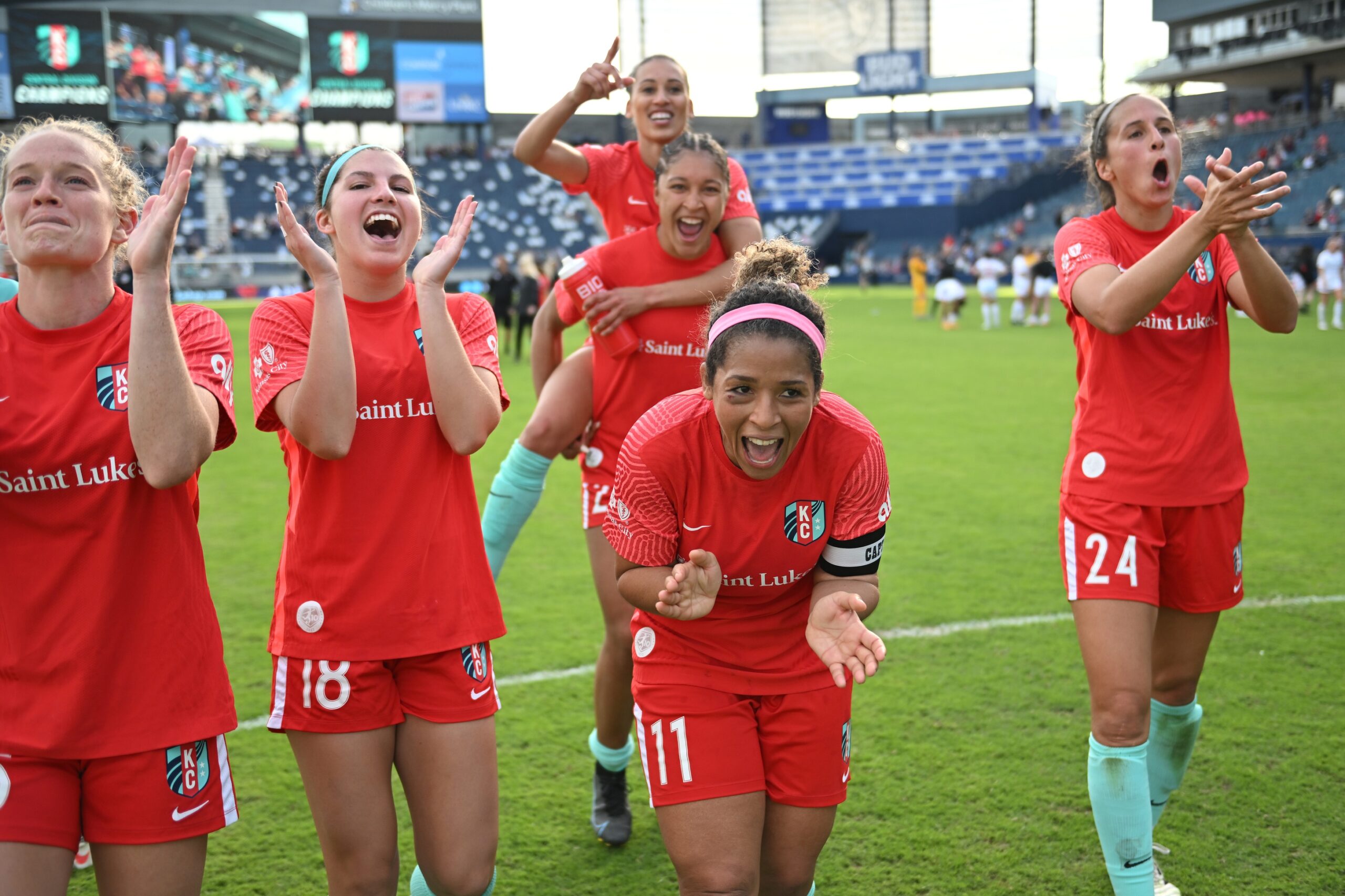 This year’s kickoff to the National Women’s Soccer League‘s regular season might be anticlimactic following the group stage of the Challenge Cup, and with those semifinals and final still to come, but starting Friday in Los Angeles, results will begin to tell the story of who qualifies for the playoffs and eventually gets crowned NWSL Champion on Oct. 29.

We already looked at each team’s year ahead in depth ahead of the Challenge Cup. Below is a quick look at each of the 12 clubs and how they are sitting ahead of the regular season, with some Challenge Cup context included. They are listed in my predicted order of finish which, while certain to be met with resentment, are nothing more than predictions. I’m sure you have your own. Feel free to tweet them to me @thedanlauletta.

You may be tired of hearing that the Spirit have not lost a match on the field under Kris Ward, but that streak is now up to 18 games and dates back to August. The Spirit are above average on all three lines plus goalkeeper, and boast depth and flexibility. They have proven goal-scorers in defending Golden Boot winner Ashley Hatch, plus 2021 Rookie of the Year Trinity Rodman, but they also have players who can provide secondary scoring. They just feel like the best team in the league.

Drawbacks? Kelley O’Hara left last weekend’s match in North Carolina with hamstring tightness, and despite finishing 2-0-4 in the East they trailed in all four matches that were not against the Orlando Pride. That is not a recipe for staying undefeated for very long.

The Reign morphed into a new era this year after Eugenie Le Sommer and Dzsenifer Marozsan returned to Europe, and the Seattle-based club looked every bit the part of a title contender during the group stage of the Challenge Cup. There is still a bit of uncertainty, such as how heathy Rose Lavelle can stay, how healthy Megan Rapinoe can get (she has not played in 2022) and whether Phallon Tullis-Joyce can maintain her superb form in goal. But Jess Fishlock — the 2021 league MVP — appears to be as strong as ever and Alana Cook might end the season as the league’s best center back. Laura Harvey has a legitimate title contender.

The current Shield holders had an up-and-down Challenge Cup for new coach Rhian Wilkinson but never appeared to hit full stride. At times it appeared Hina Sugita has what it takes to boss an NWSL midfield, and that Sophia Smith ready to take the league by storm as an unstoppable force up top. At other times, the midfield looked too passive and not dangerous enough, and goalkeeper Bella Bixby a bit off the torrid form she flashed last season that moved the club to trade Adrianna Franch. And dare I set it, but Christine Sinclair did not have the best Challenge Cup. On the flip side, Becky Sauerbrunn has yet to suit up following minor knee surgery and while she has shown definitive signs of her age in recent years, she is still good enough to make any back line better. It will definitely be intriguing to see the Thorns play outside the West.

The Courage probably played the best soccer of any team during the Challenge Cup group stage, even if it wasn’t always over the course of 90 minutes. To the latter point, they had the lead in all three games that wound up as draws. Credit Sean Nahas for bringing back to the box midfield. He wasn’t planning to use it, but he realized during training camp that it was the best fit for the personnel he has on the roster. One player just starting to click is Kerolin, who drew two penalties in her first NWSL start against Washington. Don’t expect the Courage to be as good as they were in the group stage, but they’re better than most of us thought. Getting Casey Murphy healthy and in goal on the regular will be important considering the tightrope Katelyn Rowland has been walking this season.

Kansas City is a difficult team to read, but without even trying let’s tip our caps to the four wins they collected during the group stage, which is one more than they had in 2021 — Challenge Cup and regular season combined. And they did it with Lynn Williams playing one match, Sam Mewis in only parts of two, and Hailie Mace missing the last two. Williams is out for the season but Mewis and Mace getting back will go a long way toward determining this team’s ceiling. That said, their draft picks have already been key, with Elyse Bennett already having two multi-assist games and Jenna Winebrenner and Izzy Rodriguez looking comfortable on the back line. Goalkeeper could get interesting as Cassie Miller earned the start over Adrianna Franch in the group decider against the Red Stars.

During Gotham’s final and best half of the Challenge Cup — a low bar to overcome at that — they dominated the Orlando Pride and produced exactly zero goals. Gotham will need to figure out finishing in the final third if they are to be contenders in the regular season the way they were expected to be at the Challenge Cup. Is it possible the absence of Carli Lloyd is making it harder on Midge Purce and Ifeoma Onomonu than we thought it would? Or is Allie Long’s absence in midfield proving too difficult to overcome despite excellent depth there? All are possible. While there is talent on the roster, the Challenge Cup performances were too alarming to think they are top-of-the-table material.

The Wave really could not have asked for much more out of the Challenge Cup than they got. There was an early win over Angel City and a later draw against OL Reign. They established Alex Morgan and she scored four goals while assisting on another. Naomi Girma, the No.1 overall draft pick, moved immediately near the top of the heap among center backs in terms of distribution. Draft picks like Kelsey Turnbow and Belle Briede, in addition to Amirah Ali, have looked NWSL-ready. A playoff berth would be a superb result this season, but just keeping those trends up and then getting Sofia Jakobsson more comfortable in the system will make the expansion season a success.

The Red Stars got their must-win group finale in Kansas City, looked down at the availability report and saw the unfortunately reliable names Morgan Gautrat and Mallory Pugh. We can hardly question Pugh missing the match after a free kick ricocheted off her face and left her concussed, but the injury bug has been such a long-standing issue with this team. Throw in Tierna Davidson’s season-ending ACL injury and multiple absences for players who are pregnant, and the Red Stars have less depth than they have had in years. They also look mostly lost in the attack when Pugh is not on the field. There were some bright moments in the Challenge Cup but a fourth straight calendar year playing in a final looks unlikely.

Similar to last season, Racing just seems to try and play solid soccer. The roster is mostly devoid of stars although Jess McDonald is still capable of the occasional turnback-the-clock performance and Emily Fox is be a future starter for the United States. As such, they will frustrate many teams but also likely see stretches where they just can’t score enough to produce enough points. Nadia Nadim will change things if she gets back to pre-ACL form, but Ebony Salmon’s lack of Challenge Cup production is an issue. They feel at least a year away from being a playoff side.

Sunday’s 1-0 win over the Thorns was not only the club’s first ever, but it knocked Portland out of the semifinals. More than that, Angel City kept a clean sheet at the end of a Challenge Cup that saw their defense regularly shredded like seven-year-old tax receipts. Thanks to injuries, this is not a particularly deep team at the moment, and one shutout against a depleted side does not a good defense make. But maybe there was just a glimmer of hope that Angel City is better than they showed in the middle of the Cup. Reinforcements are on the way in the form of midfielder Clarisse Le Bihan and goalkeeper Almuth Schult. But the X-factors are Tyler Lussi and especially Simone Charley. They could morph the team from hoping Christen Press can carry the scoring load into a truly dangerous side.

A dismal Challenge Cup ended on the high note of defeating Racing Louisville, but this week has been dominated by the suspension of head coach James Clarkson as part of the NWSL/NWSL PA joint investigation into all league matters. That leaves a team already struggling to perform without a coach on the eve of the regular-season opener. Do they have a Washington Spirit-style reversal of form up their sleeves? With Rachel Daly and Maria Sanchez spearheading the attack, there will always be some hope. But the real issue in H-Town is that utter disfunction in the back and keeping opponents off the scoreboard. Until that gets figured out, the Dash are a bottom-three NWSL side.

After a tough offseason, the Pride now face the entire regular season without Marta, who tore her ACL. Sydney Leroux missed the end of the Challenge Cup with an Achilles injury. The Pride have new ownership and leadership but 2022 looks like a time to evaluate youngsters like Courtney Peterson, Abi Kim, Mikayla Cluff, and others.