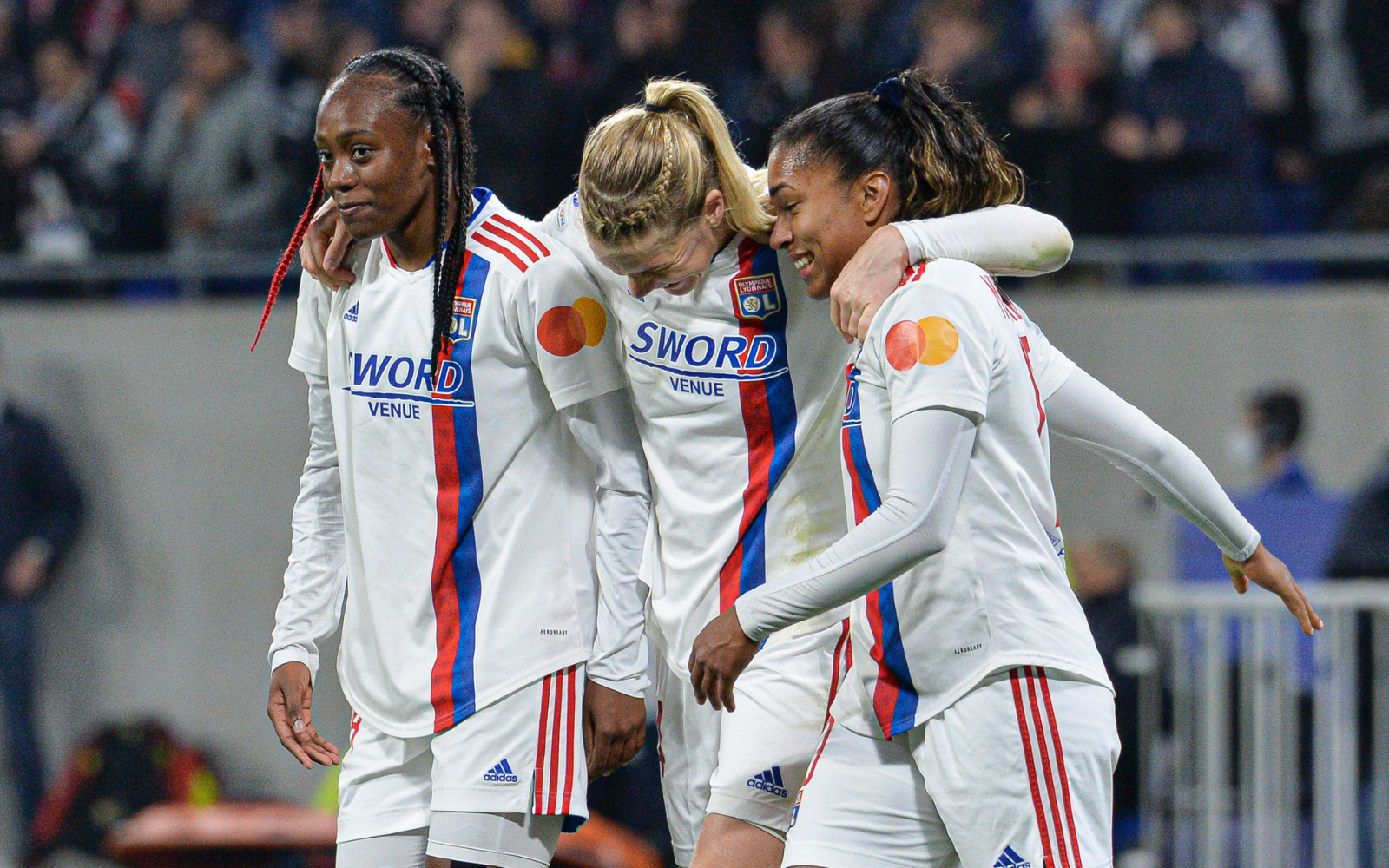 Catarina Macario scored twice on Sunday as Lyon defeated Paris Saint-Germain, 3-2 in Lyon the first leg of the all-French semifinal in the UEFA Women’s Champions League. The rivals will play the second leg on Saturday in Paris.

Each of Lyon’s three goals involved some level of mistake from PSG goalkeeper Barbora Votíková and the PSG defense. Macario’s game-winning goal in the 50th minute brought the most egregious mistake from the visitors, with Votíková and defender Amanda Ilestedt miscommunicating on a potential back-pass which Votíková hesitated to pick up. Macario followed her initial play on the ball for the tap-in.

Macario’s first goal, in the 33rd minute, came off of Votíková’s mishit goal kick, which Ada Hegerberg settled and played into the path of Macario for the finish. Votíková was called for a penalty early in the match, and Lyon captain Wendie Renard — playing in a record 100th Champions League match — stepped up to bury it in the 23rd minute.

Renard’s successful penalty only served as an equalizer, however. Marie-Antoinette Katoto put PSG ahead in the 6th minute when the visitors’ high pressure forced a turnover, and Katoto collected the ball and froze Renard in her tracks inside the box.

Lyon followed with three straight goals before PSG earned a penalty from what video review determined was a handball in the box on Melvine Malard. Paulina Dudek stepped up to convert and keep the fixture close heading into the second leg.

Votíková made a redeeming save in the final seconds of the match, deep into stoppage time, when she denied Hegerberg’s shot from close range.