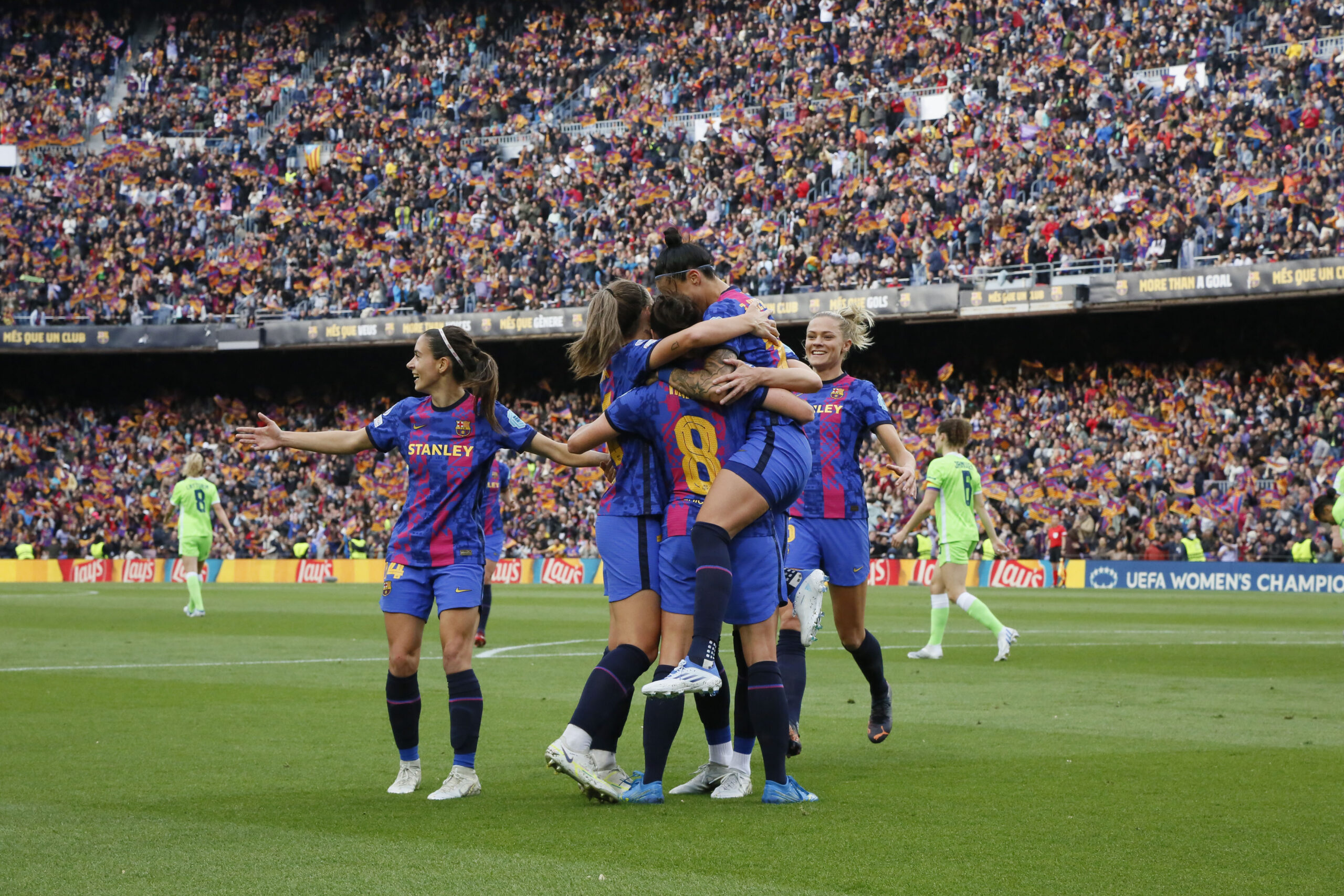 On Friday, April 22nd, the first leg of the UWCL semifinal between Barcelona and Wolfsburg was played in front of a record crowd at camp Nou.

Barcelona, the reigning UEFA Women’s Champions League winners, have put themselves in a great position to advance to the final and defend their crown. The home side had Camp Nou rocking on Friday in the first semifinal leg, with four goals in the first half.

Barcelona were firmly in control from the beginning, opening the scoring three minutes in, and doubling their advantage inside ten minutes.

Wolfsburg didn’t help themselves in the first half, as they didn’t play as well as the quality of their players, and often failed to track runners in behind their high backline – a recipe for disaster. This was clear on Barcelona’s third goal when Marta Torrejón’s run was not tracked, giving her all the time and space to provide the assist to Jenni Hermoso. And again with Alexia Putella’s first goal of the night, as she was able to run in behind and only have the goalkeeper to beat.

Credit to Wolfsburg’s keeper Almuth Schult, without whom the deficit would’ve been much higher as she made several great reaction saves and one-on-one blocks. Her side played significantly better in the second half, and were even able to pull a goal back by taking advantage of the numbers Barcelona sent forward. Hitting on a quick counterattack, Tabea Wassmuth drove half the length of the field and played the ball well into space for Jill Roord to finish.

Wolfsburg created a few more chances but nothing compared to the sheer number produced by Barcelona. The captain Putellas extended the lead back to four goals with a late penalty, leaving a mountain for Wolfsburg to climb in the second leg if they have any hope of reaching the final.

The strengths and pitfalls of each UEFA Women’s Champions League semifinalist
UWCL: Lyon, Barcelona advance to set up epic clash in final