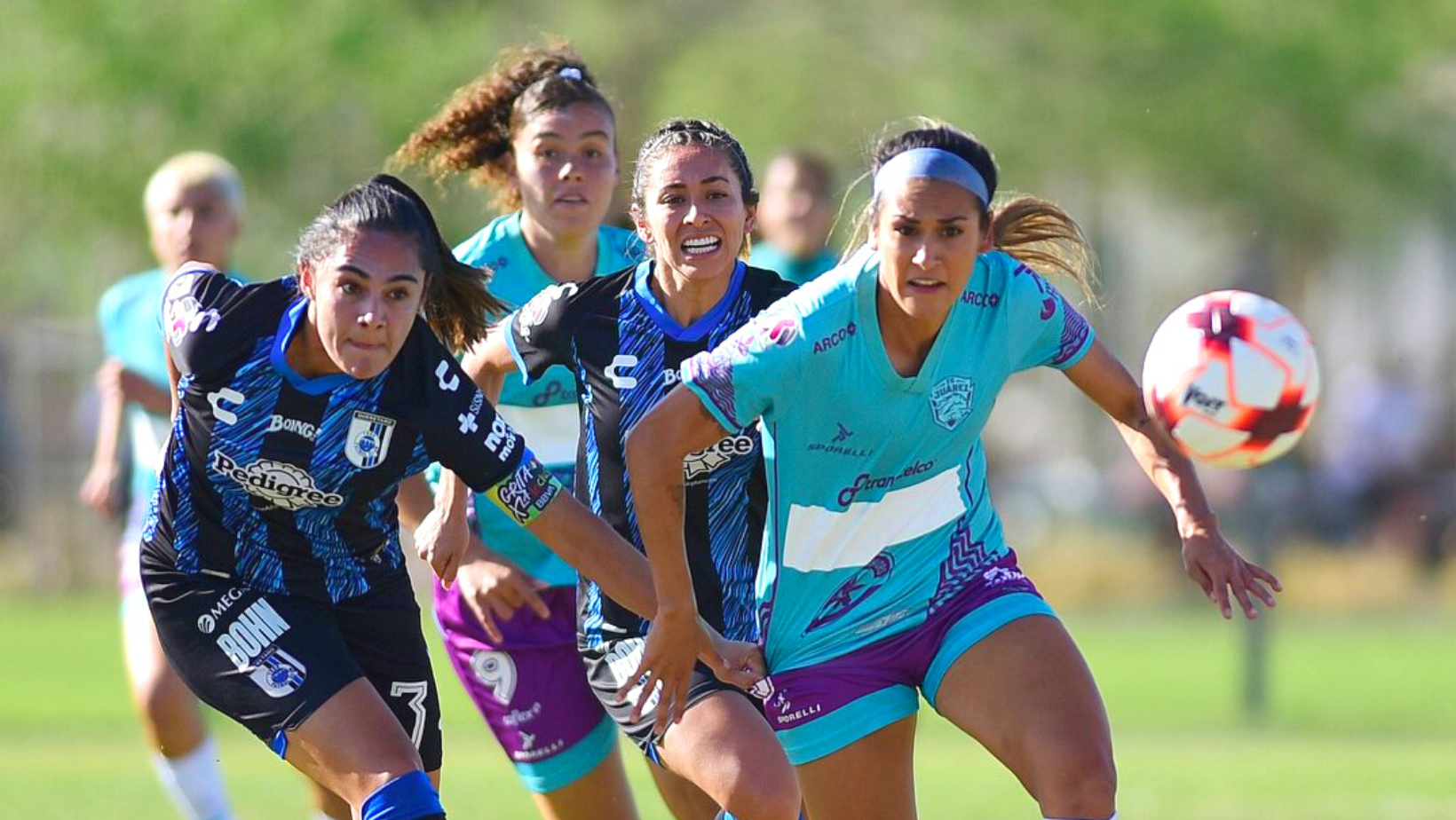 It all comes down to the next two weeks. Liga MX Femenil is heading toward the finish line of the regular season and teams are scrambling for the last few playoff spots. Atlas claimed another Liguilla spot this weekend with a 2-2 draw against Pachuca — who already have their ticket booked to the postseason.

There are two more spots left, and they are currently occupied by Toluca and Tijuana — although not by huge point margins. Take a look at what happened in Week 15 of Liga MX Femenil.

Destinney Duron was the player to watch for Toluca in the club’s 2-0 victory over Mazatlán, which propelled them from 11th place to a seventh-place playoff spot. Duron scored a brace with goals in the first and second half, while Toluca goalkeeper Sandra Lozano kept a clean sheet to help with goal differential.

Duron’s first goal came in the 28th minute, off a header on a corner kick. In the second half, Duron doubled the lead for Toluca with a tap-in goal in front of net, after a one-on-one face off with Mazatlán goalkeeper Alondra Ubaldo.

Toluca’s jump to seventh place is huge, especially with Querétaro’s loss this weekend. All of the make up games have been played, so teams are on level playing field. Toluca needs to win in their last two games, because their goal differential puts them in the middle of the pack of teams looking to fill in those last two spots.

Toluca will go on the road to Club León on April 25 and close out the regular season against UNAM Pumas on May 2.

Club Tijuana got a little help from Club América in their bout on Monday night. Jocelyn Orejel scored an uncommon own goal to help Tijuana take the lead in the second half. However, Katty Martinez made up for the mistake with a goal in the 69th minute to force a draw, splitting the points.

Renae Cuellar kicked things off with an early goal, just a little over a minute in the match, firing at the top of the penalty box after a poor defensive play from Karen Luna.

Tijuana is one of the more peculiar teams in the Liga MX Femenil Clausura campaign. A side with nine draws to their name this year — along with three losses and three wins — Tijuana could slip in to the eighth place spot. They don’t have the friendliest goal differential at -5, but if Tijuana can pick up wins against bottom-table sides Mazatlán and Juárez, then they could propel themselves to seventh, or just finish with a playoff berth.

Querétaro has not had a swell end to the season. It looked like Gallos could revive their season during their make up games last week, but they posted a loss against Atlas and a scoreless draw against Tigres — albeit, an impressive result to silence Tigres, who were playing at home.

However, the damage was already done. After starting off the season hot, Querétaro started going downhill in the middle of the season, suffering loss after loss. After hanging on to a playoff spot for dear life, Querétaro now sit way below the line. However, they are not completely out — mathematically, only FC Juárez, Santos Laguna and Mazatlán are out of playoff contention.

Querétaro sit in 12th place with 15 points. Losing three points — or not even drawing with FC Juárez — this past weekend hurts them. Querétaro took the lead in the second half, in the 54th minute, with Leidy Ramos scoring after Juarez failed to clear the ball from their attacking half.

The lead didn’t last long, though. Miah Zuazua scored in the 64th minute, equalizing the game, shooting at a hard angle after a swing and a miss from her teammate in front of goal. In the 75th minute, Susana Romero scored the game-winning goal with a header off a corner kick opportunity.

Querétaro will close out the season with games against Puebla and Atlético San Luis — who have suddenly sparked and are looking to take a playoff spot themselves.

Tonight: Don’t miss the Concacaf W Championship draw tonight, April 19, at 7 PM ET on Paramount+ (USA), OneSoccer (Canada) and Star+ (Mexico, Central America, Caribbean region), as the eight teams will find out who is in their group.