Barcelona’s fullbacks have been key to UWCL, league success 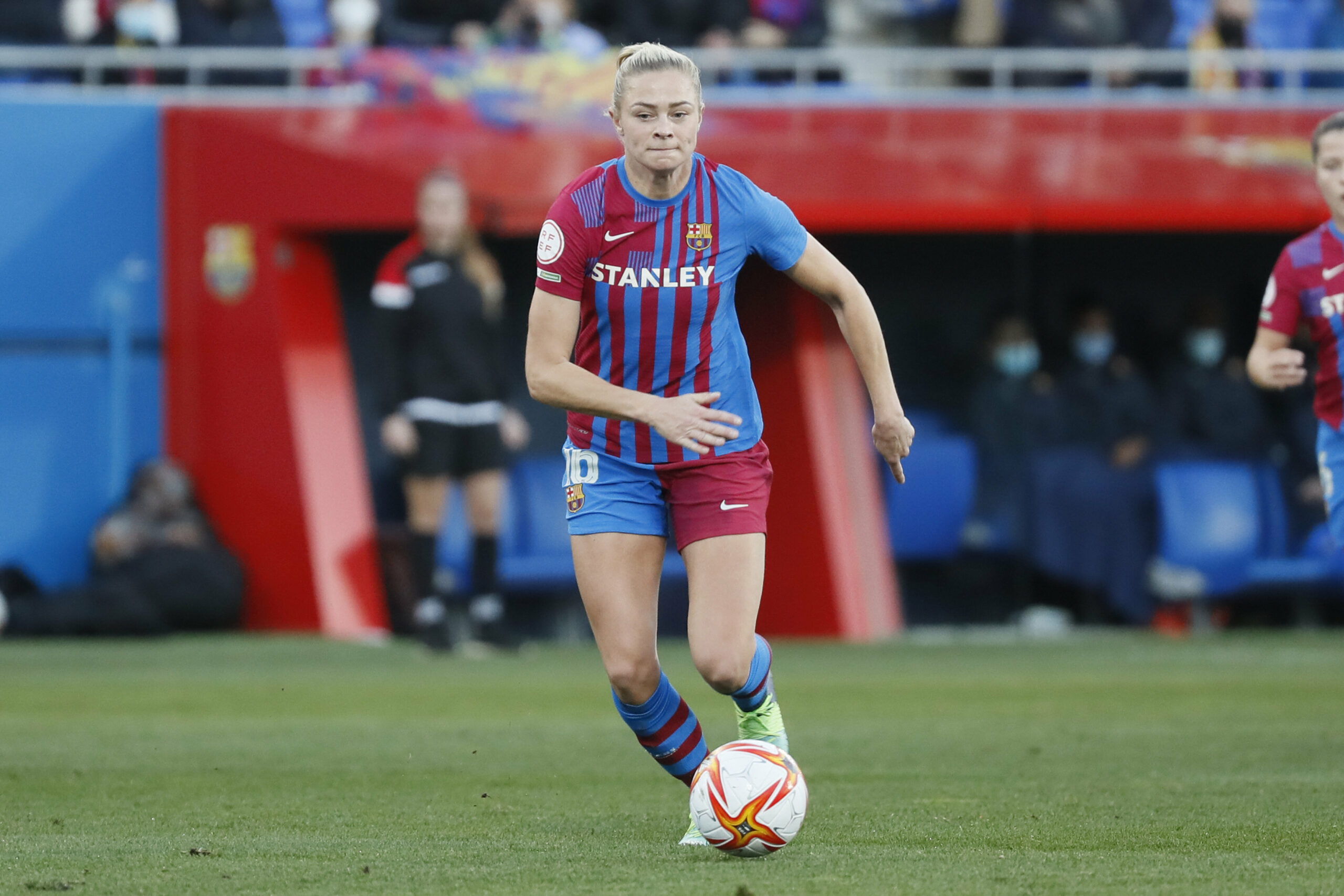 Electric is one way to describe the performances FC Barcelona has put in over the past two years. They danced their way to a UEFA Women’s Champions League title win last season with a destructive win over Chelsea in the final that was over in the first 45 minutes. This year, they’ve continued in a similar vein.

Barcelona’s quarterfinal tie against Real Madrid was expected to be a one-sided affair, however, Las Blancas remained resolute and put up a fight despite the 8-3 aggregate scoreline. What became even clearer was Barcelona’s status as football’s most complete team at the moment.

Every position is littered with talent and any minor deficiencies are masked by their superior and intricate system, now orchestrated by Jonatan Giráldez. From unleashing Fridolina Rolfö to turning Mariona Caldentey and Caroline Graham Hansen into sensational wing influencers, Giráldez has enhanced Barcelona far more than everyone’s imagination.

While the whole system is intriguing with nitty-gritty technical nuances, the wide defenders are particularly compelling given their heavy involvement. The use of Leila Ouahabi, Rolfö, Marta Torrejón, and even Ana-Maria Crnogorčević has been unique, and their roles have been integral in allowing the attacking structure to thrive.

Access the best women’s soccer coverage all year long
Start your FREE, 7-day trial of The Equalizer Extra for industry-leading reporting and insight on the USWNT, NWSL and beyond.
Subscribe
Existing Users Sign In Here
Related TopicsExtraFC BarcelonaFeaturedFridolina Rolfo