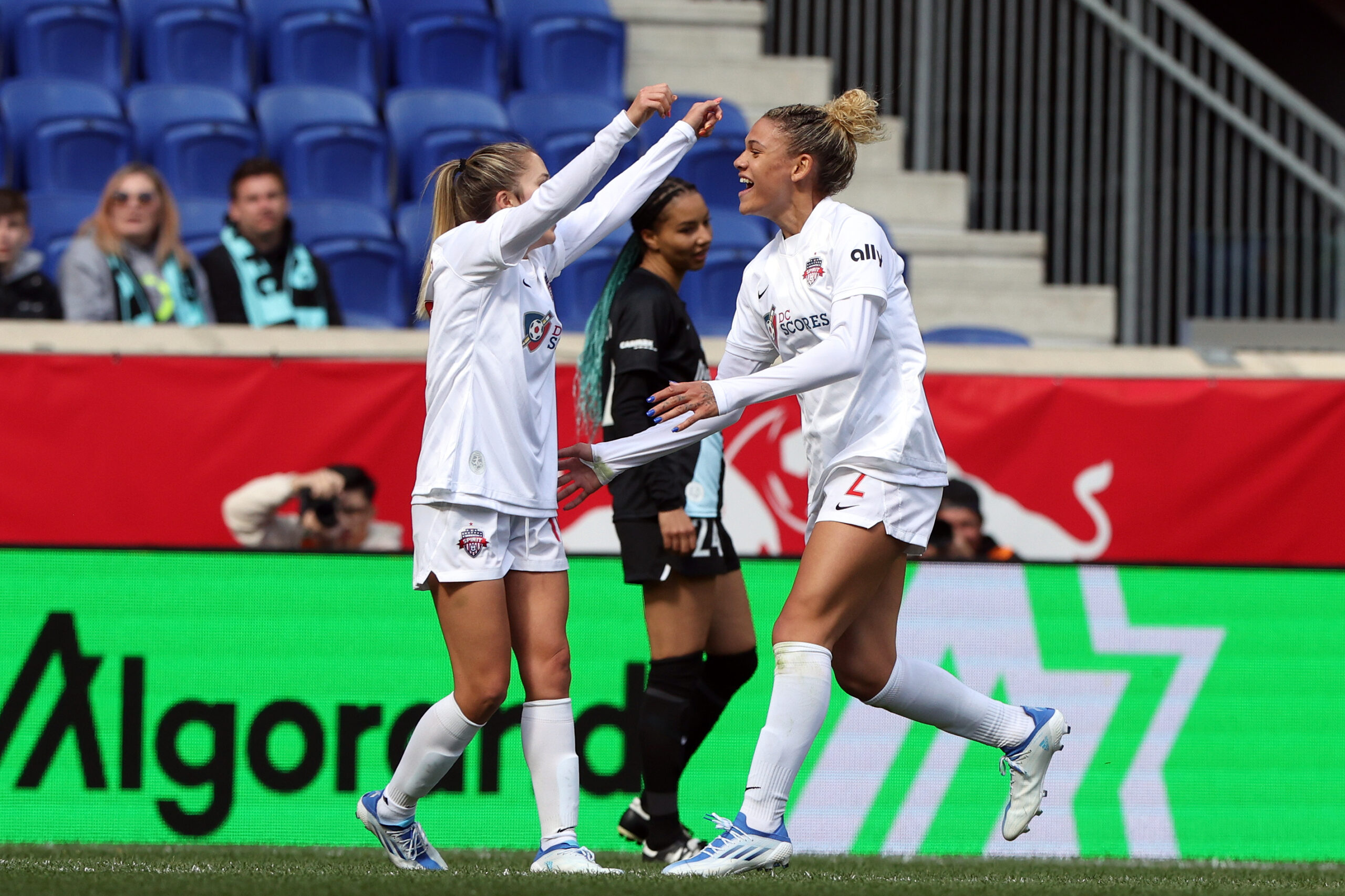 Three matches were on tap on Sunday in the penultimate weekend of NWSL Challenge Cup group stage action. Here’s how things played out.

The Skinny: Though Gotham scored early, the Spirit came from behind to earn the win away from home through a superb free kick by Ashley Sanchez and a brace from Trinity Rodman.

One Key Moment: Sanchez’s free kick to equalize in the 24th minute completely swung the momentum in the Spirit’s favour. Her expertly taken shot swung around Gotham’s wall, and keeper Ashlyn Harris was left ball watching, as she saw the ball much too late to react.

Inside the Game: It was the Sanchez-Rodman show on Sunday at Red Bull Arena in New Jersey. Though a defensive lapse from the Spirit and a well placed shot by Nahomi Kawasumi put Gotham ahead early, Gotham couldn’t put much together moving forward for the remainder of the match.

Sanchez’s free kick was the highlight on the day, but Rodman’s goals weren’t too shabby either. The first was a jaw dropping first-time volley off of a cross by Kelley O’Hara, and the second was a beautiful sequence in front of goal. With Sanchez rushing down the wing, Rodman managed to beat Gotham’s defenders to the cross for the diving finish.

After last month’s twitter kerfuffle involving Rodman, Harris, and Ali Krieger, Rodman couldn’t have looked happier when her second sailed into the back of the net.

Washington remain unbeaten in this year’s Challenge Cup (2 wins and 3 draws), while Gotham now boast a record of 1 win, 2 draws, and 2 losses. Next Saturday’s Spirit-Courage clash will determine the winner of the East division.

The Skinny: OL Reign showed up and showed out for the fans who came out, entertaining with late drama. The Reign had the better play and opened the scoring but, unable to put away another chance, letting Angel City back in to equalize. The home side still found a way to score a late winner and take all three points.

Inside the Game: Despite the teams sharing possession equally, Reign had the better play in this game. They were smart and intentional with their possession, especially in the first half, moving the ball to move the Angel City defense around. It was this movement that created the space for Ally Watt to find Bethany Balcer for the opening goal.

Reign’s advanced possession did leave space for Angel City to hit on the counter attack but Alana Cook in particular was effective at stopping those chances. Where the visitors did find success was down the wings with Jasmyne Spencer, Ali Riley, Simone Charley and Jun Endo. The Angel City center backs were allowed to hold possession throughout the match but the Reign midfield clogged the middle of the park, leaving space only on the outside. This allowed them to control the visitor’s play and minimize their chances. Later, Angel City were able to find an equalizer through persistent play, Endo’s wing play was dangerous and her cross found Simone Charley who finished with the looping header.

With less than 10 minutes left, it looked like OL Reign’s waste of their possession in the attacking half and numerous chances would come back to haunt them, putting only four of 18 on target while City were more efficient. But the fight of this team won out as they continued to push. Special shoutout to the pinpoint service from Lauren Barnes to assist the winner.

The Skinny: San Diego put up a strong fight, coming back after being down three goals to none at halftime, but couldn’t find a third and final goal to tie Portland. The Thorns claimed all three points against the Wave, 3-2, in front of their home crowd.

One Key Moment: It’s not necessarily a goal, but it ties into a goal. But the 67th minute substitution of Taylor Kornieck for Isabella Briede — who scored San Diego’s first goal immediately at the start of the second half — was the game-changer. Kornieck is a force to be reckoned with in the NWSL, with her tall 6’1 frame. Seconds after Kornieck made her way into the match, she scored the second goal for San Diego, helping to propel a huge comeback. While San Diego didn’t find a third goal, Kornieck’s substitution was as spirited as you could get from head coach Casey Stoney.

Inside the Game: Sophia Smith continued her terrific Challenge Cup with an early goal in the 4th minute, shooting with her left foot after the ball bounced over to her, assisted by Morgan Weaver. Hina Sugita, the Japanese international, scored a brace with goals in the 21st and 41st minute. The second goal bounced off a few Thorns players before finding Sugita, who slotted it past Carly Telford.

San Diego’s comeback was one to witness. In the opening seconds after the second half kicked off, Isabella Briede scored to pull one back for the Wave. Then, after seconds after coming on in the 67th minute, Kornieck scored her header. However, the Wave’s comeback failed, as a third and final goal wasn’t reached. Portland picked up three points at home.

In regard to the standings, Portland are three points behind the Reign in the West Division of the Challenge Cup. The Reign just need a draw to claim the top spot in the West on April 23.