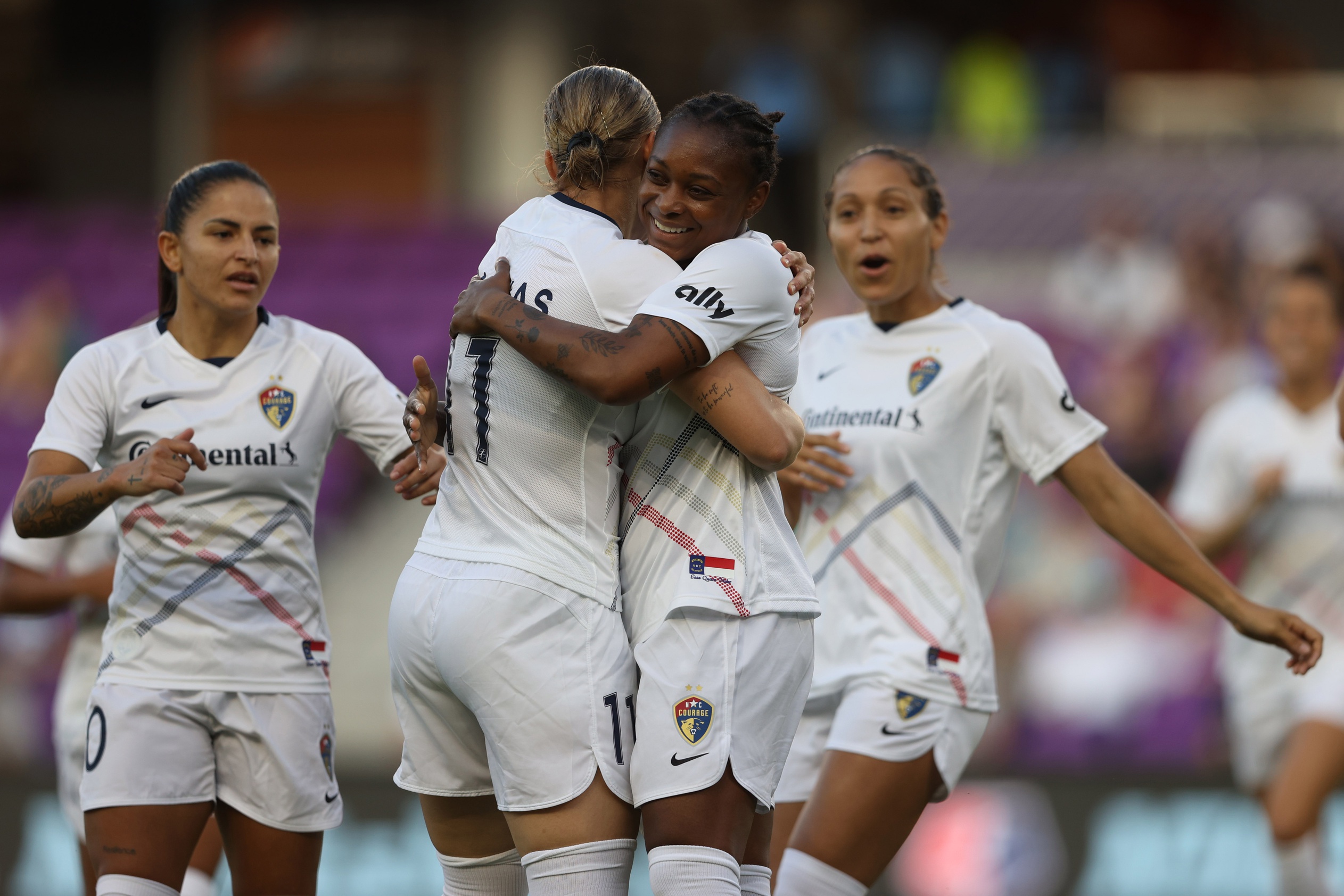 Records are meant to be broken. That has been a near-daily theme in the National Women’s Soccer League this week. Here’s what happened in Saturday’s two matches:

The Skinny: The Courage scored three goals in the opening nine minutes, breaking the NWSL record (all competitions) set by OL Reign (11 minutes) only two days earlier. Orlando clawed back to within a goal behind a better performance in the second half, but Debinha ended any hopes of a comeback with a fourth goal for the Courage, in the 89th minute.

One Key Moment: When it rains, it pours, and Taylor Smith’s goal made it 3-0 for the Courage.

Inside The Game: How does a team score three goals in the opening nine minutes? Likewise, how does a team concede three goals in nine minutes? In this case, the answers to both were on one side of the field: the right side of the Courage attack and left side of the Pride defense. All three tallies came through build-up play on that flank, with Merritt Mathias pushing high into the attacking third alongside Smith to overload Pride left back Courtney Petersen. On the first goal (an own goal, officially), Petersen stepped high to challenge Debinha, and Mathias overlapped to receive a ball in the attacking third and had no defender within 20-plus yards of her.

Orlando made three changes to start the half, including Gunny Jonsdottir coming on to help solidify the middle of the park. The Pride pressed higher on North Carolina’s back line to make the Courage uncomfortable, and the payoff came in the 56th minute, when Darian Jenkins broke free of her mark to score her second goal of the game and pull Orlando within a goal. Jenkins also scored a stunning goal in the 15th minute, giving Orlando some hope after that miserable start.

Orlando head coach Amanda Cromwell said postgame that the Pride have been a second-half team thus far this year. That was true in a 4-1 loss to the Washington Spirit on April 3 and it was true again on Saturday. With first-half displays like they’ve had lately, though, that second-half effort is largely futile. The Pride need to switch on from the opening whistle, and that isn’t a tactical issue so much as a mental one. Cromwell talked about defending being a skill, and that they trained it extensively over the past week. Orlando has skilled players; for two straight games now, they’ve lacked some basic mentality and effort elements. That has to get sorted out from within.

The Skinny: This game was a tale of two halves where each team scored within the 45 minutes they were the more dominant team. Chicago took the early lead but Louisville steadily took over the game and found an equalizer, but was not clinical enough to score a winner.

Inside the Game: In the first half, Racing pressed the Red Stars high up the field, but once they broke that press there was ample space in the attacking half for their forwards to run into. Chicago particularly found success down the left side with Mallory Pugh running into the space left by Emily Fox, who is given license to roam positionally. That forced midfielders – usually Jaelin Howell – to cover her. Pugh helped create the opening goal with her 1-v-1 take-on ability on that side, forcing Katie Lund to make a save that Amanda Kowalski was in the perfect spot to finish. Louisville also found some success with the same press, but were unable to convert the opportunities in a very back-and-forth half.

The second half was all Racing Louisville. The home side very effectively pinned Chicago’s possession into their defensive half, with few forays forward. The equalizer came from this high pressure which led to winning the ball in dangerous areas, stressing Chicago into giving away free kicks. Ekic’s equalizer came in the 76th minute and at that point, Louisville looked like they were going to come back and win this one. They found particular success progressing the ball in possession down the left side in the interchange between Julia Lester, Addisyn Merrick, and Freja Olofsson. In the end, it was a wasteful night for Louisville that cost them the win as they attempted 33 crosses and only put four of their 13 shots on target, while Chicago created a few purposeful chances that were majority on target.