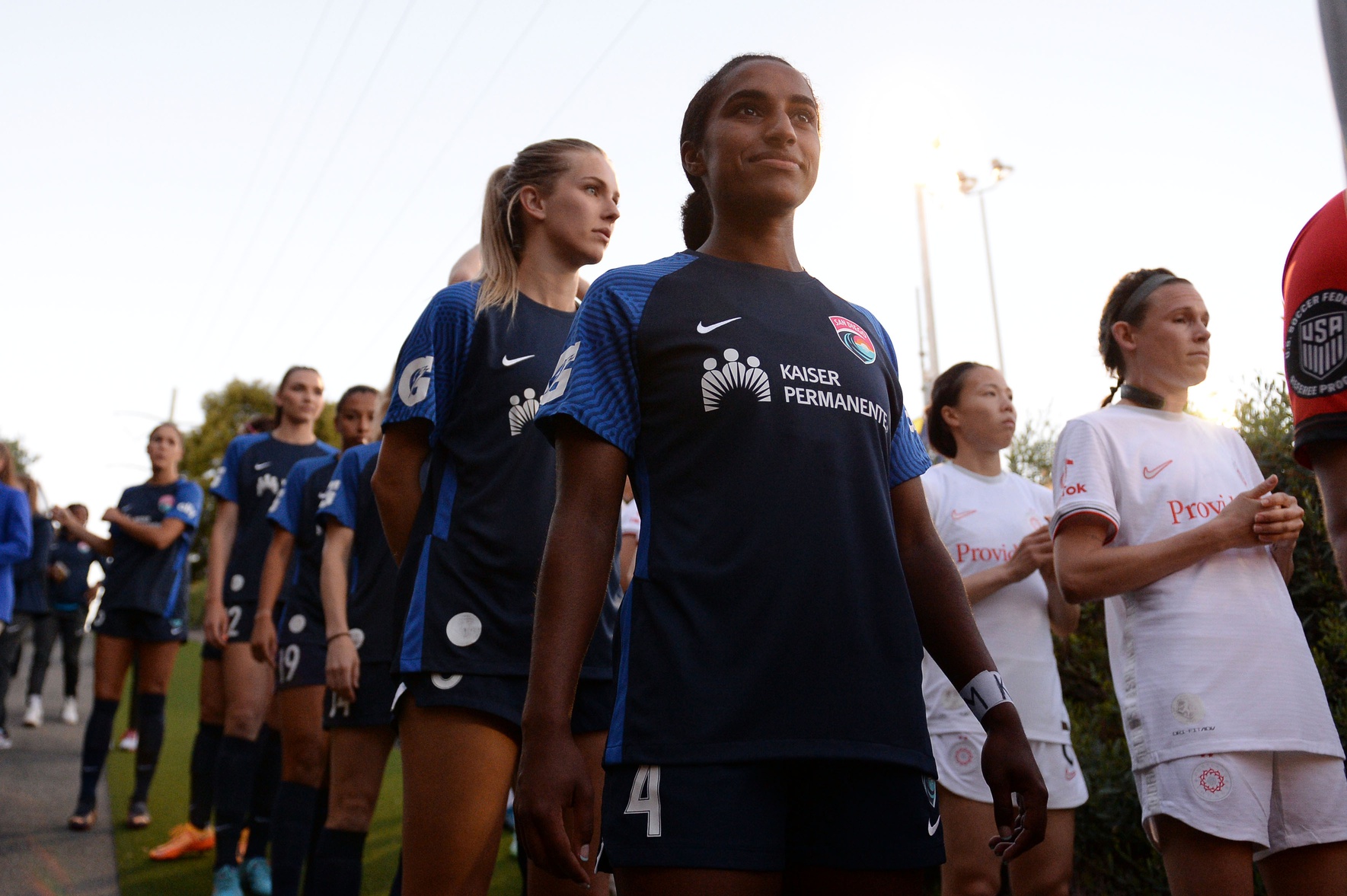 Naomi Girma is not your average rookie

Naomi Girma is not your average rookie

Rookies often require time to adjust to the professional level. That is true as much in the National Women’s Soccer League as it is any other professional league.

“Rookie” is also a very general term. There are those who have known only college soccer, and there are rookies who have also played internationally at the youth and senior levels which can replicate the elements of the pro game. Naomi Girma was the No. 1 pick in December’s NWSL Draft. Before she played her first game for San Diego Wave FC, the defender had won an NCAA title, captained the United States’ U-20 team, and been called into several camps with the United States senior team, training alongside World Cup winners like Wave teammate Abby Dahlkemper. Girma made her senior international debut on Tuesday in the Americans’ 9-0 win over Uzbekistan.

“You might say Naomi is a rookie, but Naomi has now been in with the full [national] team,” said Wave teammate Tegan McGrady, who also played alongside Girma in college at Stanford. “She’s played with Abby before, she’s done all these things that could almost constitute her as a veteran in this league at this point. So, even though it is a big change from college to pros, I’ve already seen Naomi as a pro player in my eyes.”

Girma’s adjustment to the professional level has been aided by that familiarity on the defensive line. There is the pre-existing relationship with McGrady, and then there is the quickly developing partnership with Dahlkemper, one which is already the present for San Diego and could be the future for the United States.

Access the best women’s soccer coverage all year long
Start your FREE, 7-day trial of The Equalizer Extra for industry-leading reporting and insight on the USWNT, NWSL and beyond.
Subscribe
Existing Users Sign In Here
Related TopicsExtraFeaturedNaomi Girma