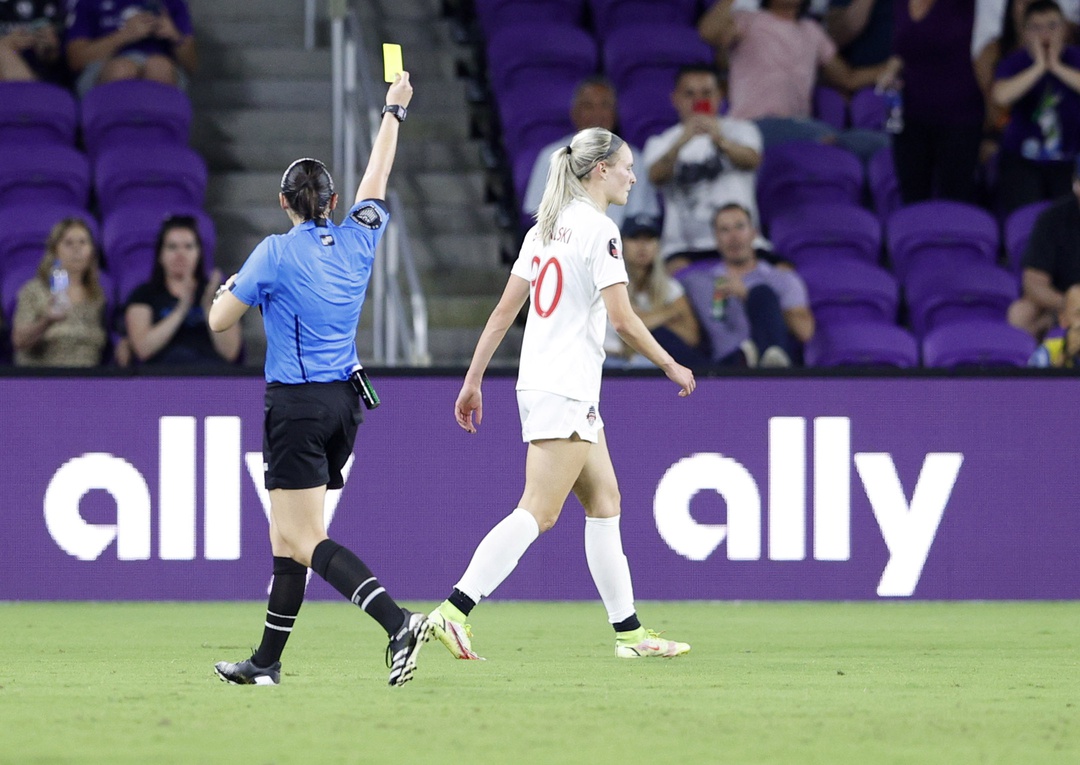 Following OL Reign’s extraordinary win over Portland Thorns FC two weekends ago at Providence Park, players and coaches alike heaped praise on Jimena Lopez. The second-year defender out of Texas A&M, with international experience for Mexico, held down the fort at left back on an evening when the Reign withstood an early barrage of Thorns pressure before scoring late and leaving town with a 1-0 result.

The reason Lopez played the match was a different story altogether. One game prior, Lauren Barnes was shown a yellow card in the 91st minute against Angel City FC. It was Barnes’ second card in the NWSL Challenge Cup group stage, meaning an automatic suspension for the club’s next match.

“I think two is harsh when it’s six games,” Reign coach Laura Harvey said referring to the number of cards for a suspension and the number of matches in the group stage. “Especially when you’re playing your rivals. It’s difficult. For me, three [or] four would be more sufficient.”

The two-card rule mirrors that of FIFA events, although it only applies to the first five group matches of the Challenge Cup. Players cannot be suspended for the semifinals or final unless they are shown a red card in the previous match. Still, the two yellow card rule stands out as being harsh on players.

Kassouf: On the developing USWNT relationships
Kassouf: The Challenge Cup is fun, but it’s a long road to relevance