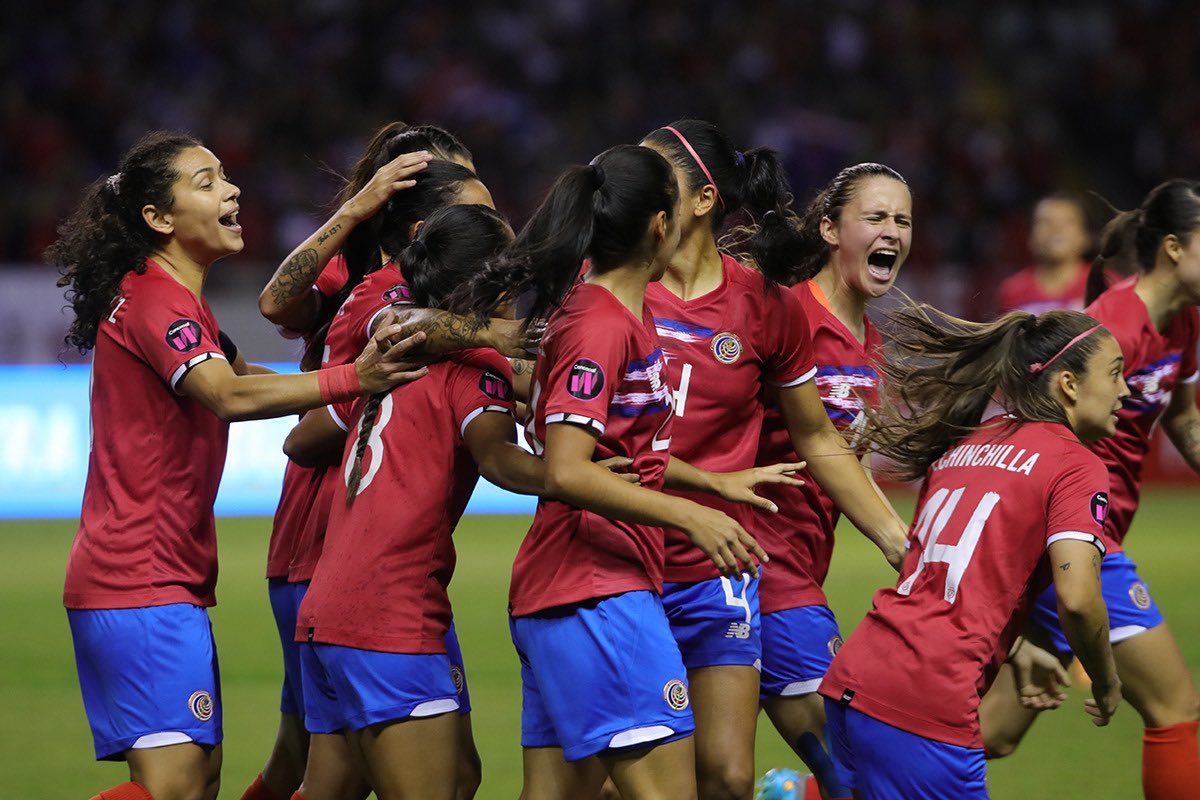 The field is set for the Concacaf W Championship, which will be held July 4-18 in Monterrey, Mexico. The tournament serves as 2023 FIFA Women’s World Cup qualifying, along with 2024 Summer Olympic qualifying.

Six teams joined the United States and Canada, who received automatic bids due to their high FIFA rankings, to lock-in the eight teams that will compete this summer. Four automatic World Cup spots are up for grabs, while two more will advance to an intercontinental playoff. The winner of the Concacaf W Championship will automatically qualify for the Olympics, while the second- and third-place finishers will go to a playoff for the final spot to Paris in 2024.

Take a look at how each side qualified.

Mexico dominated the Concacaf qualifiers with a plus-34 goal differential. Katty Martinez of Club America scored six goals, while Alicia Cervantes of Chivas scored five goals, to lead the way for Mexico.

Mexico began Concacaf qualifiers in the unknown, facing off with Suriname for the first time in history. However, Mexico pounced on their confederation opponent, topping Suriname, 9-0. Mexico didn’t slow down, with an 8-0 win over Antigua and Barbuda and a big 11-0 win over Anguilla.

Puerto Rico did give Mexico a fight, as both teams entered their April 12 match with nine points. However, Mexico got off to a hot start with a 13th-minute goal from Lizbeth Ovalle — who ended up with a brace after a banger in the 51st minute. Martinez, Myra Delgadillo and Maria Sanchez also scored.

The story for Mexico in their last two matches has been North Carolina Courage forward Diana Ordóñez, who made her senior debut against Anguilla as a substitute in the 57th minute and then scored in the 68th minute. Ordóñez did the same against Puerto Rico, entering the match in the 53rd minute, but this time took two minutes to find the back of the net, scoring in the 55th minute.

St. Kitts and Nevis gave Costa Rica a good run, and Guatemala hung on for a moment, but the Ticas comfortably qualified for the summer tournament with a 4-0 record. Costa Rica recorded clean-sheet victories against St. Kitts and Nevis, the U.S. Virgin Islands and Curaçao. In their fourth and final match, Costa Rica earned another clean sheet and scored five goals against Guatemala.

After missing out on her talents due to injury in February, Costa Rica had Shirley Cruz back and she scored the fifth and final goal. Raquel Rodriguez of the Portland Thorns wore the captain’s armband, as Cruz came on as a substitute.

However, the show belonged to Priscilla Chinchilla, who scored a brace and was a menace for Costa Rica. Chinchilla got the Ticas off to a hot start, scoring in the 5th minute. She followed it up with a strong second-half performance, with her second goal coming in the 64th minute.

It was a close call for Jamaica for a moment, but the Reggae Girlz qualified for the Concacaf W Championship in the hopes of making their second World Cup. Jamaica topped Bermuda, Grenada and the Cayman Islands for nine points. Their final match came against a red-hot Dominican Republic side that sat on top due to goal differential.

On Tuesday, Jamaica and the Dominican Republic went back-and-forth for a moment. Jody Brown, from Florida State, scored in the 16th minute to give Jamaica the lead. However, the Dominican Republic tied it up quickly, courtesy of Kat González of Marshall University. After a few tense moments, Jamaica re-took the lead with a Trudi Carter strike in the 40th minute.

Then, it was Jamaica’s show in the second half. Tiffany Cameron scored in the 60th minute and Khadija “Bunny” Shaw scored a brace with goals in the 79th and 93rd minute. Shaw finished the tournament with nine goals, the third-most of any player.

Another team that finished with 12 points and a perfect record, Panama had some challenge from El Salvador on Tuesday. Panama narrowly defeated El Salvador, 2-0, with both goals coming in the second half. Yerenis De León scored in the 65th minute, while Karla Riley scored in the 78th minute. They are teammates at CD Pozoalbense in Spain.

Panama topped Barbados, Belize and Aruba to get to the top spot.

What was thought to be a wide-open race for the top spot in Group E was a one-team show. However, Haiti took it and ran with it. Haiti finished with a perfect record and 12 points, and completely demolished all of their opponents. Haiti not only finished with all victories, but with a plus-44 goal differential.

A lot of that came from their third match against the British Virgin Islands on April 9. Batcheba Louis scored a whopping five goals, while Roselord Borgella — who was tied with Yessenia Flores of Nicaragua for the most goals scored in the qualifiers (11) — scored four goals. To add to that, Melchie Dumornay (who plays for Reims in France), Roseline Éloissaint (another French league product, playing for Nantes) and Mikerline Saint-Félix scored hat tricks.

In their final match, Haiti took down Cuba, 6-0. Borgella notched a brace with a penalty kick and another goal in the 74th minute.

The only team to win their group and not have a perfect record, Trinidad and Tobago kept it down to the wire with Guyana. Trinidad needed a win or a draw and almost blew it. On Tuesday, the Women Soca Warriors drew with Guyana, 2-2.

Guyana took the lead at the end of the first half, with Sydney Cummings of Georgetown University scoring in the 45th minute. Early in the second half, Trinidad and Tobago was awarded a penalty, which Asha James coolly converted in the 48th minute, tying the game. Guyana, not giving up without a fight, had a late goal by Cummings in the 82nd minute, almost sealing first place. However, Lauryn Hutchinson scored the final equalizer in the 90th minute, giving Trinidad and Tobago a final push to the top.