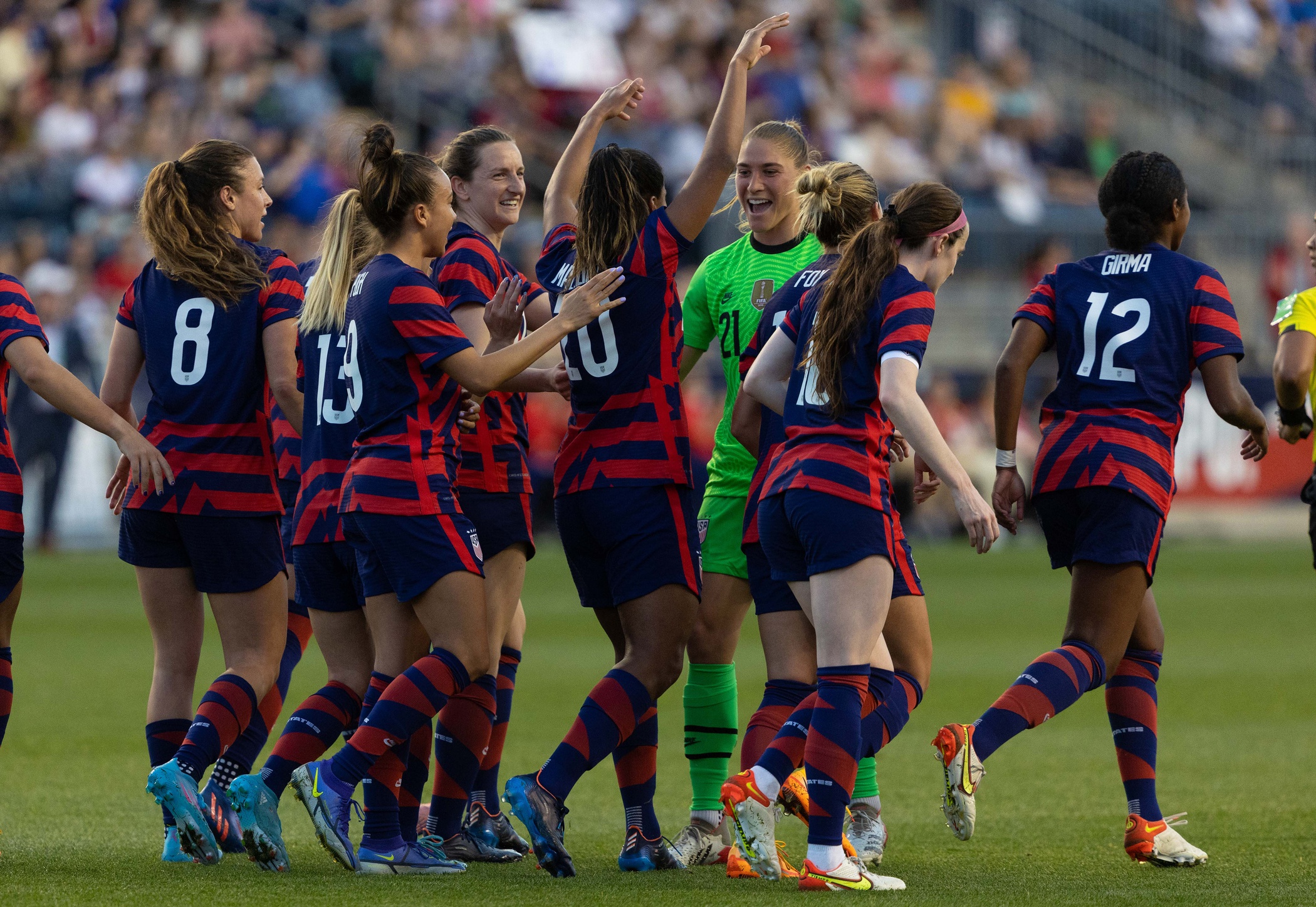 Tuesday brought a second meeting in four days between the United States women’s national team and Uzbekistan, and the result was similar: this time, a 9-0 win for the Americans.

Unlike on Saturday, when the U.S. started relatively slowly — taking 25 minutes to score an opening goal — it was a near historic start for the Americans on Tuesday followed by a much less eventful second half. We’ve talked about the developing relationships between newer players on this U.S. team, and on Saturday we looked at some talking points.

Tuesday provided a few items for future trivia, perhaps for some future stars of the team. Let the record show:

Aubrey Kingsbury earned her first cap in goal for the U.S., something that seems relatively overdue. She’ll remember that moment forever, even if she barely touched the ball. Kingsbury is part of a handful of goalkeepers likely competing for the backup role behind Alyssa Naeher.

Defender Naomi Girma also made her debut for the senior team. Given the injuries and absences at center back, Girma could be an important player for the U.S. at qualifying this summer. She started the game alongside former Stanford teammate Alana Cook and ended the game next to Abby Dahlkemper, her central partner at San Diego Wave FC.

In 2021, Trinity Rodman was named National Women’s Soccer League Rookie of the Year and won the NWSL Championship. She made her senior U.S. debut earlier in 2022. On Tuesday, in her third cap, Rodman scored her first goal, slotting the ball into the side netting in the 71st minute. The goal came moments after she put an open header right at the goalkeeper. A few minutes after her goal, Rodman rattled the crossbar from close range.

Early goal, but not quite a record

Own goal made yet another appearance — and early. The U.S. scored 25 seconds into the match, when Rose Lavelle’s cross took a big deflection off Kamila Zaripova and went into the net. It still took roughly twice as long to go in as the fastest goal in U.S. national team history — Alex Morgan scored about 12 seconds into 2016 Olympic qualifying against Costa Rica — but it certainly set the tone for the night.

Chipping three players from inside the 6-yard box is still wildly impressive, but Lavelle’s second goal is likely to make more highlight reels. Oh, and that is captain Rose Lavelle — for a night, anyway.

Kassouf: On the developing USWNT relationships
Naomi Girma is not your average rookie