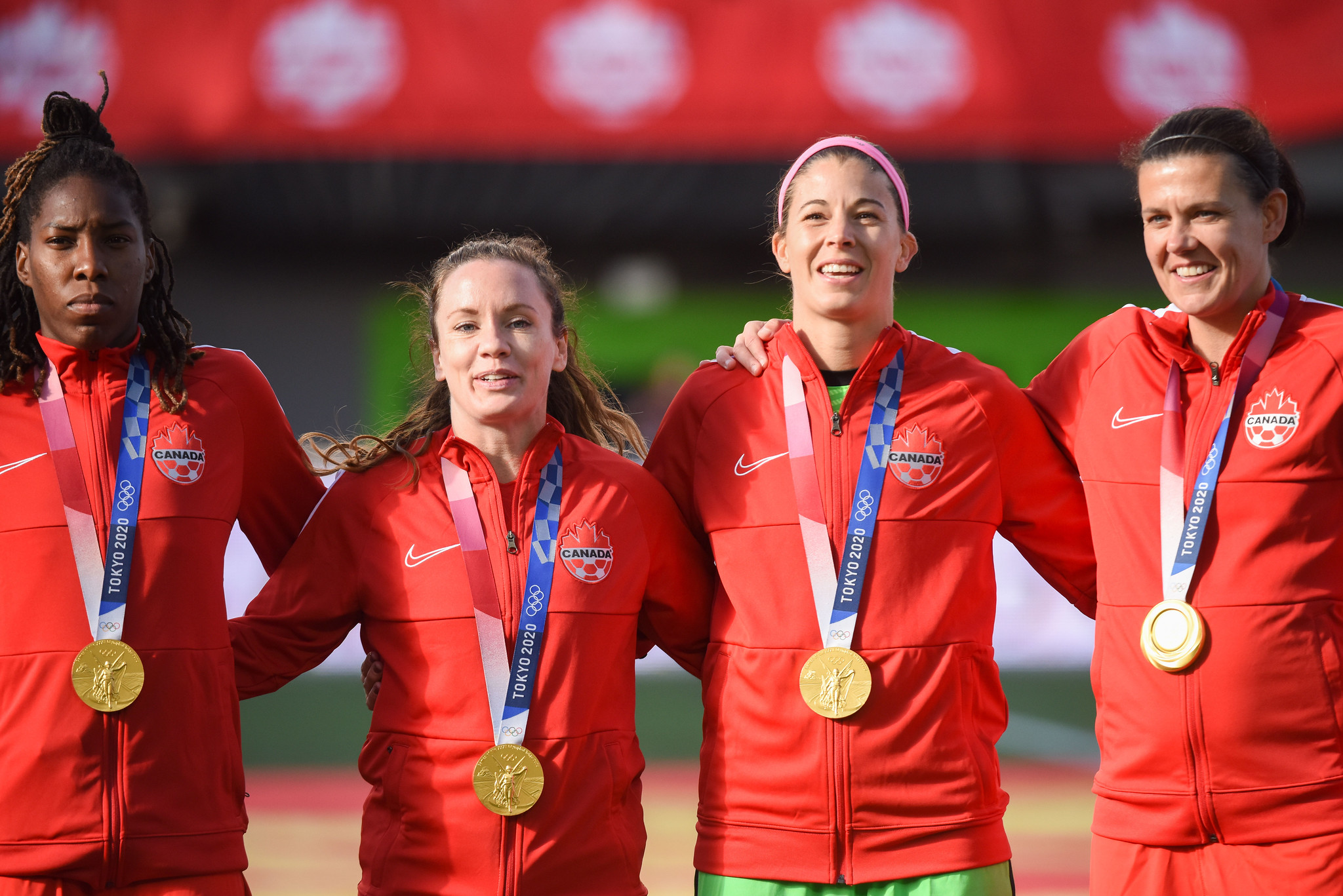 VANCOUVER, British Columbia — Canada’s long awaited return home to BC Place has finally arrived. The Tokyo Olympic gold-medal winners will host Nigeria in Vancouver on Friday before traveling down to Vancouver Island for another match against the Super Falcons on Monday at Starlight Stadium.

This is the third stop on Canada’s celebration tour which commemorates last year’s Olympic triumph, and it will also feature several special moments, including goalkeeper Steph Labbe’s final appearance for Canada and Christine Sinclair being honored prior to kickoff for breaking the all-time international goal-scoring record for men and women. Sinclair scored her record-breaking 185th goal in January 2020, just before the COVID-19 pandemic. She now has 188 international goals.

“In general, we don’t get to play a lot at home in BC,” Sinclair told The Equalizer following training this week. “I can’t remember the last time we played at BC Place. I know personally I’m going to have 50 to 60 family [members] here. My nieces are going to be here. It’s always special to be able to play in front of those that matter most to you. To be able to celebrate what we achieved last summer, but to also celebrate Steph’s career, it’s going to be a fun night.”

Canada last played in Vancouver – which hosted the 2015 World Cup final – in November 2017, a 1-1 draw against the United States. Vancouver has long been considered the unofficial home base for the women’s national team; Sinclair, Sophie Schmidt, Jordyn Huitema, and Julia Grosso all call the greater area home. Canada head coach Bev Priestman, several staff members, and many retired players have also chosen to live in greater Vancouver.

Access the best women’s soccer coverage all year long
Start your FREE, 7-day trial of The Equalizer Extra for industry-leading reporting and insight on the USWNT, NWSL and beyond.
Subscribe
Existing Users Sign In Here
Related TopicsChristine SinclairExtraFeaturedSteph Labbe