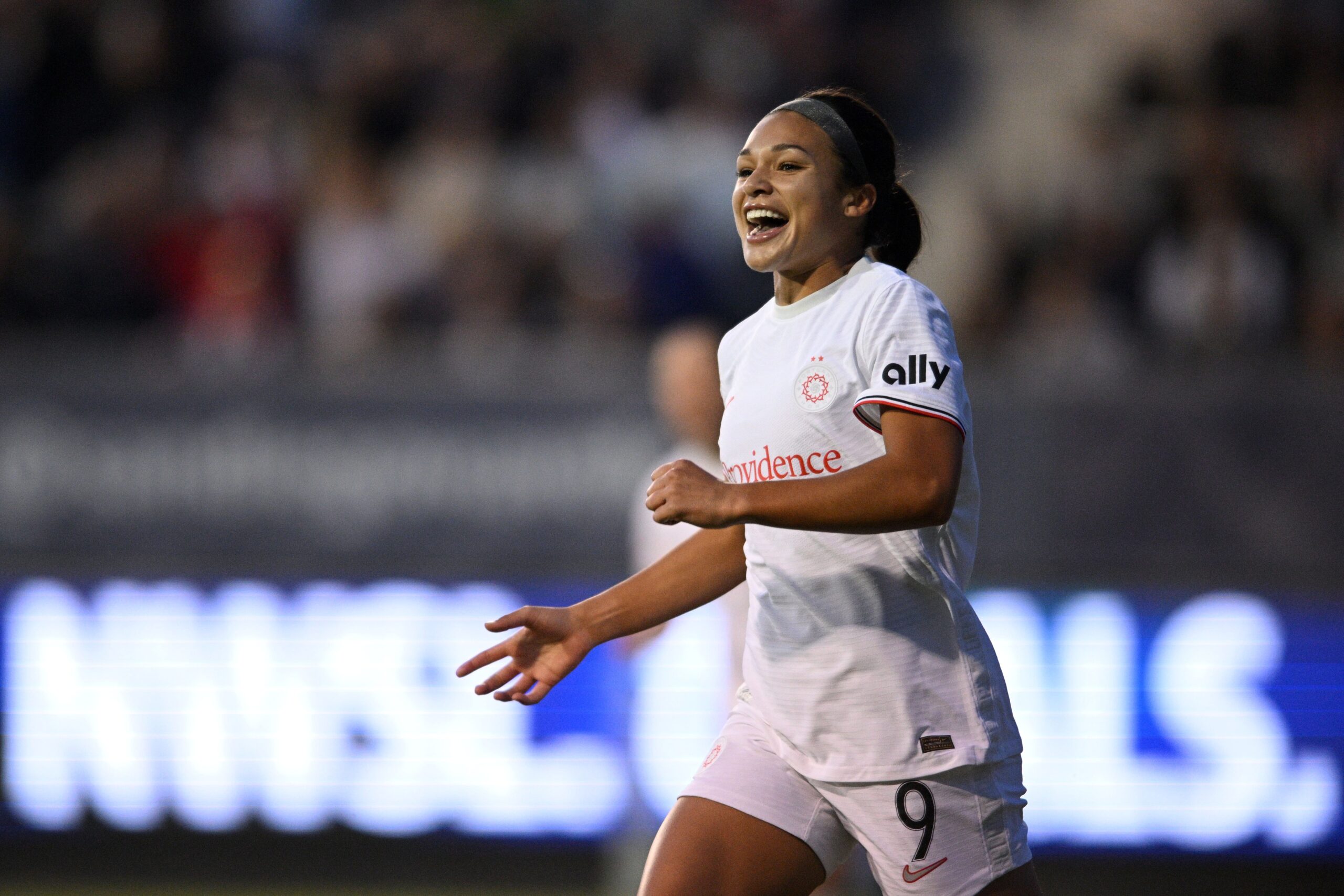 First came her check-down run to look for the ball and drag her defender out of position. Then, she bodied Angel City FC defender Allyson Swaby off the ball, making it look effortless. Finally, the finish: a hip-shift deke to freeze Canadian international Vanessa Gilles in her tracks, and a powerful shot for Portland’s opening goal in a 3-0 victory.

Smith was tabbed as a top American prospect even before her selection at No. 1 overall in the 2020 draft. Two years later, Smith is hitting her stride, showing nuanced development and more maturity in her game, in addition to her known goal-scoring ability. Early on in 2022, Smith is reminding everyone why she is one of the best forwards in the National Women’s Soccer League. And her surge in form comes at a critical juncture in the international cycle, with the United States looking to refresh the roster just over a year before World Cup.

“I feel good. I feel confident,” Smith said after the victory over Angel City. “And I think the biggest thing is, I’m just staying healthy, knock on wood. But I think I’m just trying to play care-free and be myself and have fun.”

Access the best women’s soccer coverage all year long
Start your FREE, 7-day trial of The Equalizer Extra for industry-leading reporting and insight on the USWNT, NWSL and beyond.
Subscribe
Existing Users Sign In Here
Related TopicsExtraFeaturedSophia Smith

Kassouf: On the eternal hope of spring in the NWSL
The Scoop: Clarity in German, French title races