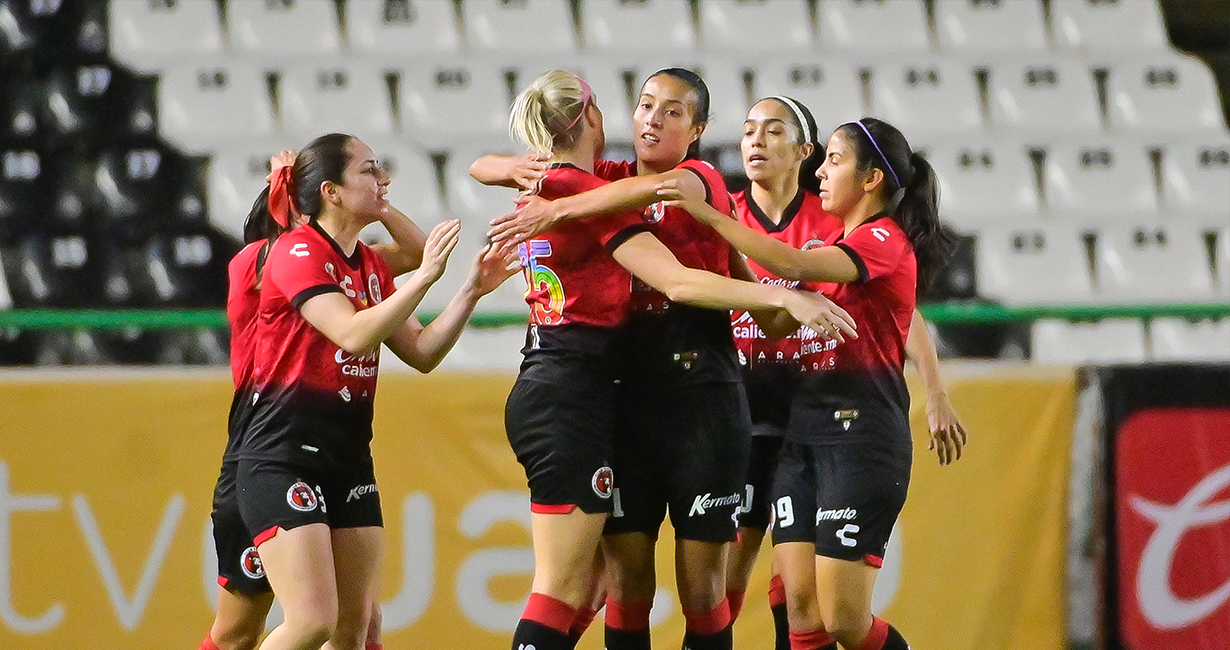 Liga MX Femenil had a busy weekend in Week 14 action. The playoff race is closing in and a few matches from this past weekend could shape the table and come back to bit the teams on the losing end. While there were no “upsets” from Week 14, we’re taking a look at a few results that matter in deciding the top eight teams in the Clausura.

Also, make sure to check out the Mexican women’s national team roster ahead of two qualifiers.

Tijuana leaped up to seventh place and — for now — knocked Querétaro out of a playoff spot. Querétaro has been struggling lately, and have dropped down to 10th place. Xolos has been one of the more inconsistent clubs during this Liga MX Femenil season, but the eight draws have translated to points (although not as many as Tijuana would like).

Dulce Alvarado gave Tijuana the lead in the 19th minute. Alvarado shot from about 30 yards out, and Querétaro goalkeeper Vanessa Córdoba had the ball in her hands, but dropped it and it slid behind her and slowly in goal.

After back and forth from both sides, Rosa Aguiar got Tijuana on the board again in the 88th minute. Aguiar snuck behind four Gallos defenders and teammate Mariana Munguia — who entered the match in the 83rd minute for Renae Cuellar — slipped the ball to Aguiar inside the box.

Tijuana is not one of the teams featuring in the make-up matches from Week 9 — three matches were played before the games were put on hold due to the Querétaro vs. Atlas deadly riot in Liga MX. Querétaro, on the other hand, will make up their match against second-place side Tigres. They also have another make up to do, facing off with Atlas in a Week 9 make up. Needless to say, it might be an uphill battle for Querétaro to get back in a playoff spot.

Despite the loss, Pachuca is in the Liga MX Femenil playoffs. Along with Club América — who currently sit in fourth place — Pachuca punched their ticket to the Liguilla playoffs. Pachuca remains in fifth place, leaving three more playoff spots up for grabs.

Meanwhile, C.F. Monterrey earned another five-goal win. Monterrey had all five goals scored by different players. Mónica Monsiváis kicked off the scoring in the 19th minute, shaking off her defender and finding herself wide open in the box for a pass-and-shot opportunity. On another wide open opportunity, Diana García went one-on-one with goalkeeper Esthefanny Barreras, forcing her off her line and then slipping the ball past her.

Christina Burkenroad kicked off the second half with a quick goal in the 47th minute. Three minutes later, Aylin Aviléz got cheeky with her goal and Monterrey’s fourth, shooting up and over Barreras.

Finally, in the 84th minute, Rebeca Bernal added insult to injury for Pachuca, scoring on a penalty kick. Bernal shot to her left and Barreras dove the correct way, but the ball slipped underneath her arm.

Liga MX Femenil will make up their Week 9 matches — and any other postponed matches — during the upcoming international window. However, plenty of teams won’t have their star players, as the Mexican women’s national team will compete against Anguilla and Puerto Rico for the top spot in Group A of the Concacaf W Qualifiers.

The winner of each group after this window will join the United States and Canada in this summer’s tournament, which will be held in Monterrey in July.

Mexico and head coach Monica Vergara have dropped their roster.