Lauletta: How the Current made all the winning moves against Houston 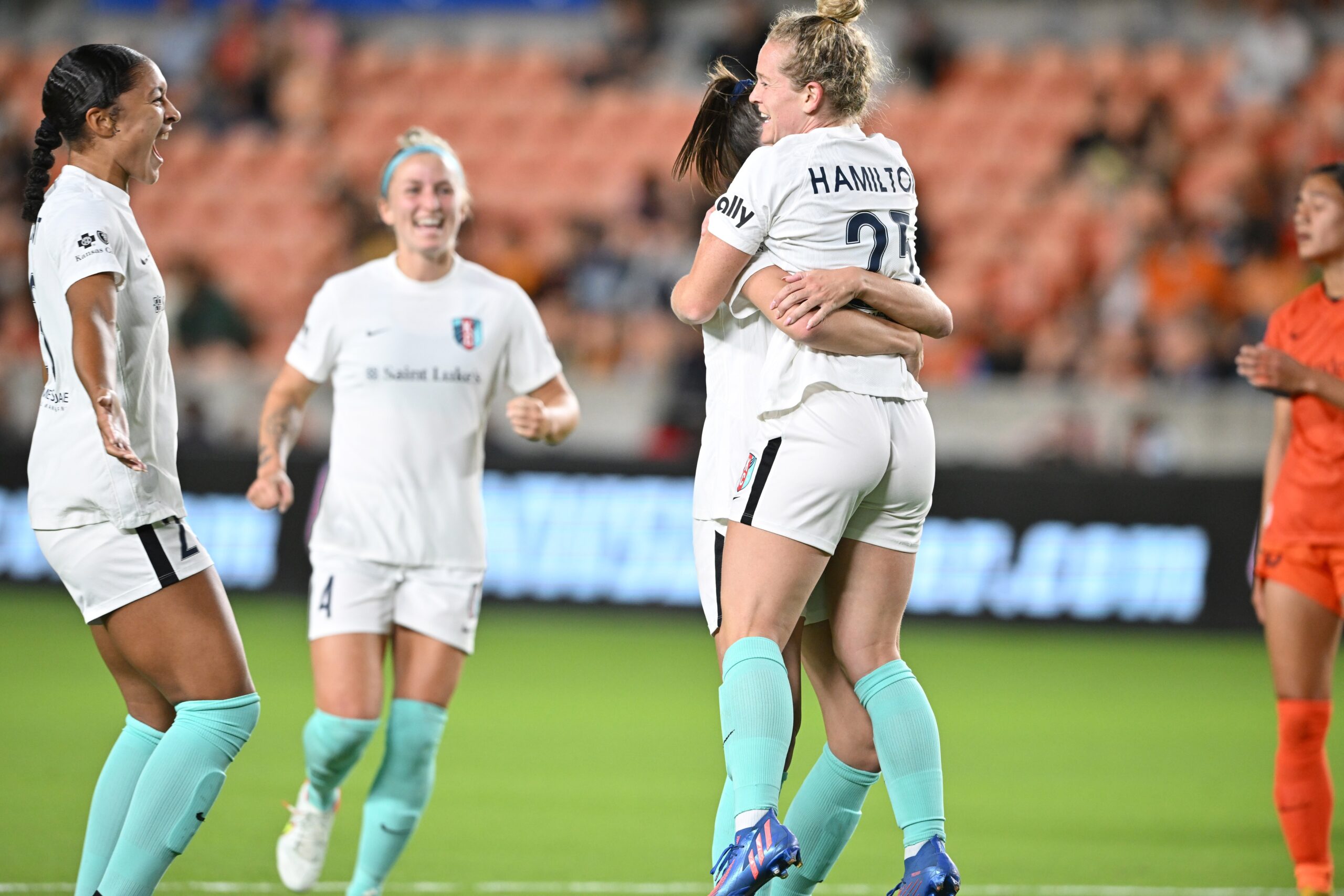 The opening half-hour of Wednesday night’s Houston Dash-Kansas City Current match was a study in fine margins. The Dash, back at the not-always-friendly confines of PNC Stadium, were fresh off a three-goal second half in Louisville, where they snatched a 3-2 victory to get their NWSL Challenge Cup on track.

On Wednesday, the Current were playing without Victoria Pickett for the second straight match, and without Sam Mewis, who was resting her knee on the short week. Additionally, the team had announced earlier in the week that Lynn Wiliams would miss the remainder of the season with a right leg injury.

Yet here were the Current, winning an early corner kick, which turned into a goal scored by center back Taylor Leach. To say the Dash marking on the corner kick was poor would be an understatement. And while Leach’s finish was a good one, it slipped through a pathway between Dash defenders and into an open goal after goalkeeper Jane Campbell cheated the wrong way on the shot. The goal was the earliest in NWSL Challenge Cup history.

Two minutes later, the Dash put together a string of passes up the right side, got the Current back line stretched, and Nichelle Prince found Maria Sanchez on a cross to the far post. Alex Loera sprinted over and blocked the shot, to take the burden off Cassie Miller and keep the score 1-0.

The score changed again in the 28th minute. In between, the Current lost Mallory Weber to a non-contact injury and replaced her with Maddie Nolf. The National Women’s Soccer League has been a slow slog for Nolf, but here she was not only getting some quality minutes for her 2022 debut. In that 28th-minute sequence, it was Nolf who ran onto an errant Dash pass in midfield. Finding herself in space, Nolf sent the ball near the top of the box, where Addie McCain one-touched it to Elyse Bennett. Bennett then took one touch and found Kristen Hamilton on the far post. Hamilton’s half-volley beat Campbell for a 2-0 Current lead. For all intents and purposes, the game was over.

This was a solid sequence from the Current, but it also highlighted more of the Dash’s defensive woes. Nolf getting on the ball in space can happen. It was just a poorly executed pass. As she does, McCain sprints into space toward the top of the 18. After Houston center back Julia Ashley drops, midfielder Sophie Schmidt arrives late to make a cursory challenge from behind, but is easily beaten by McCain’s singular touch. For most of this time, Bennett sat just in front of Katie Naughton. The organizer of the Dash back line dropped off Bennett just enough to allow her a clean touch for her cross.

While all of this was happening, Hamilton was hanging on the far side of the Dash’s back four. Bennett’s pass easily got over right back Haley Hanson, who was narrow enough that Hamilton was easily able to sneak around. No midfielders moved to close the space and it would appear no one bothered to communicate to Hanson that a player was sitting off her back shoulder.

The Current added a third goal at the hour mark, this time in transition. There was more on-touch and Bennett eventually lost Naughton and then delivered a gorgeous pass that split the defenders to Lo’eau LaBonta for the goal.

The Current were not a true expansion side in 2021, as they inherited all of the contracts and assets from Utah Royals FC. They did not inherit a particularly strong roster, however, and did not win a match in the Challenge Cup. The regular season brought only three wins, none on the road. Both of those ghosts have been exorcised times two, and the Current lead the Central Division by three points over the Chicago Red Stars. The Dash are now on 3 points, four off the pace.

Is it time to designate the Current as contenders? They are Challenge Cup contenders for sure, as they lead the group with three home matches to go starting Saturday against winless Racing Louisville FC. They are probably not overall contenders yet, but the turnaround has been a good one, and Mewis and Pickett will make the midfield much stronger once they get fully healthy.

The cautionary tale about the Current is actually the Dash. A rite of passage as an NWSL prognosticator has been to drink some preseason Dash Kool-Aid and then be disappointed once the season gets going. Two years ago, they caught lightning in a bottle and won the inaugural NWSL Challenge Cup. Duplicating that success has been a struggle. In three Challenge Cup matches this year, the Dash have conceded eight goals and their defense has been regularly torn to bits. The idea that they were just beaten by Mallory Pugh on opening weekend has not held up; defensive blunders have. Already, it looks like the experiment of Sophie Schmidt at center back is over. That did not prevent the Dash from giving up three goals to the Current, but it did put Schmidt in a better position to succeed.

Time will tell what the return matches will bring next month, but at the moment, it looks like the Current are the class of the Central Division while the Dash are dealing with some of their same old issues.

— Gotham head coach Scott Parkinson has wanted to take quicker throw-ins this season and it paid off with the game-winning goal on Wednesday, when Ellie Jean got the ball right back after a throw-in near midfield and hit it long to Margaret “Midge” Purce for the only goal of the night in Orlando.

— As cool as the play was in the Gotham game, where exactly was Anna Moorhouse going in her efforts to shut down the play?

— Angel City have a bunch of ball-winners in midfield but do not have enough in terms of attacking ideas in midfield. They did not get nearly enough bang for their buck for all of their first-half possession in Portland on Wednesday.

— Speaking of Portland on Wednesday, it sure sounded like the dullest crowd that has ever attended a Thorns match there. Reasons for that are aplenty and worth keeping an eye on over the course of the season.