Still no deal: US Soccer, USWNTPA hopeful for new CBA in April 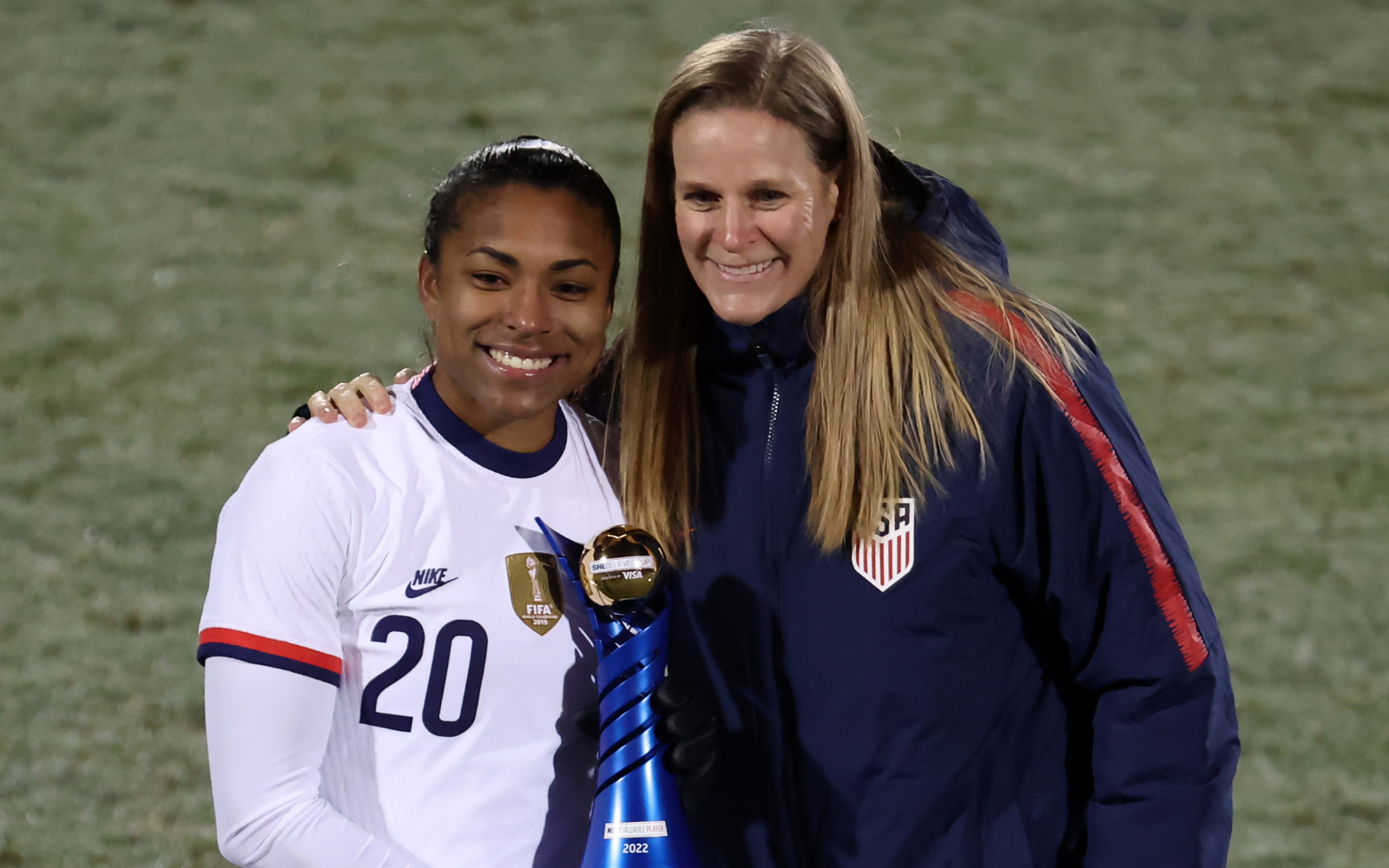 United States women’s national team players and the U.S. Soccer Federation each maintain that they are on a path toward ratifying a new collective bargaining agreement, but it will not happen by Thursday. The parties signed a memorandum of understanding in December which extended the terms of their old deal — which expired on Dec. 31, 2021 — until March 31. That agreement also abolished the mechanism which saw the federation pay players to play in the National Women’s Soccer League, and it extended the no-strike and no-lockout clauses.

The two parties did not sign a new MOU to extend it past March 31, meaning that a strike or a lockout could be legally possible in the future should either party feel it necessary. Neither of those things is close to happening, according to people familiar with negotiations and as indicated by each side’s statements, which mention negotiations in April. Legally, the terms of the old CBA carry over until there is a new deal, or a strike or lockout.

The recent settlement of the equal pay lawsuit between the federation and a large group of current and former women’s national team players is dependent upon the ratification of a new collective bargaining agreement.

In-person bargaining negotiations between player representatives and U.S. Soccer leadership resumed in March for the first time since the pandemic began in 2020, with meetings in Chicago and Washington, D.C. U.S. Soccer president Cindy Parlow Cone and CEO Will Wilson joined their legal teams in person to negotiate with player representatives; players joined the meetings virtually due to the NWSL Challenge Cup kicking off earlier this month.

Parlow Cone, who was re-elected as U.S. Soccer president on March 5 for a full, four-year term, has consistently discussed “equalizing” FIFA World Cup prize money, which remains one of the larger hold-ups in the negotiations, in addition to new revenue sharing models.

Men’s national team players, who are represented by a separate union, are involved in those proposals, and would need to agree to such financial disbursement systems. FIFA’s prize money for the Men’s World Cup is so disproportionate to the Women’s World Cup that the U.S. men made more money for a round-of-16 exit in 2014 than the women made combined for winning the 2015 and 2019 World Cups. That is a FIFA issue which the federation is attempting to solve in-house. The men’s national team is also negotiating a new collective bargaining agreement and operating under the terms of their old deal as well.

“The discussions… are complex and require significant due diligence from all parties,” U.S. Soccer said in a statement. “Nevertheless, we feel we are closer to reaching agreements on these issues than ever before. To ensure adequate time to reach a fair and equitable agreement, the parties have mutually agreed to continue negotiations into April, with the goal of reaching an agreement as soon as possible.”

“Our players remain committed to bargaining in good faith towards a new and historic collective bargaining agreement with equality and fairness at its core,” read, in part, a statement from the USWNTPA.