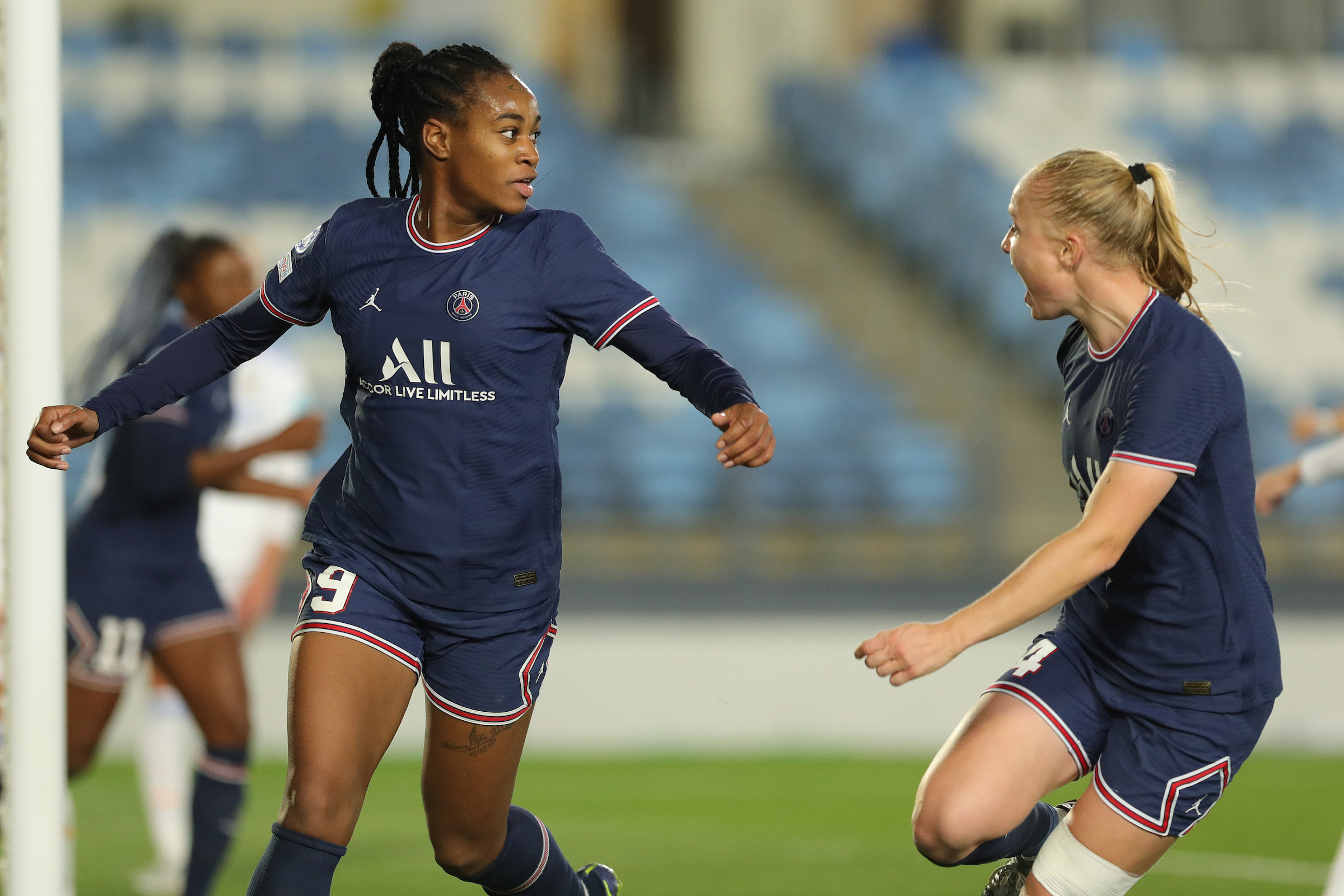 In recent years, the ‘world’s best striker’ discussion has been dominated by two players: Sam Kerr and Vivianne Miedema. This season, a third player is forcing her way into the conversation. Marie-Antoinette Katoto scored both of Paris Saint-Germain’s goals in their UEFA Champions League quarterfinal first-leg victory over Bayern Munich last week. That was the latest of many game-changing performances put in by the 23-year-old, who has now spearheaded the PSG attack for half a decade.

Katoto came through the club’s academy, made her debut at the age of 16, and scored her first goal in a comfortable win over Rodez towards the end of the 2014-15 campaign. Two years later, she became PSG’s first-choice striker, taking over from Cristiane, who left for China’s top flight, and Marie-Laure Delie, who at the time was the club’s all-time top scorer. In February of this year, Katoto surpassed Delie’s record, hitting the 132-goal mark with a brace against Guingamp.

Since breaking into the PSG first team, Katoto has twice been the top scorer in France’s Division 1 Feminine, beating Ada Hegerberg to that status in 2019 and 2020 before Khadija Shaw out-scored her by one goal last term. Katoto has averaged just under a goal per game over the past four-and-a-half seasons, and is on course to reclaim the Golden Boot in 2022, with 15 league goals to her name so far. Those numbers are impressive, but perhaps not as impactful as her Champions League displays.

Crucial strikes against Bayern Munich and Real Madrid have confirmed Katoto as a big-game player, someone who can make the difference against top-quality opposition. She’s not just feasting on Dijon, Guingamp or Saint-Etienne — and she has proven her ability to rise to the occasion at the international level, too. At the recent Tournoi de France, she found the net twice against both the Netherlands and Brazil, and finished the invitational tournament as its top scorer. This summer, she will lead the line for France as Les Bleues seek their first European title.

Access the best women’s soccer coverage all year long
Start your FREE, 7-day trial of The Equalizer Extra for industry-leading reporting and insight on the USWNT, NWSL and beyond.
Subscribe
Existing Users Sign In Here
Related Topics2022 UWCLExtraFranceMarie-Antoinette KatotoPSG