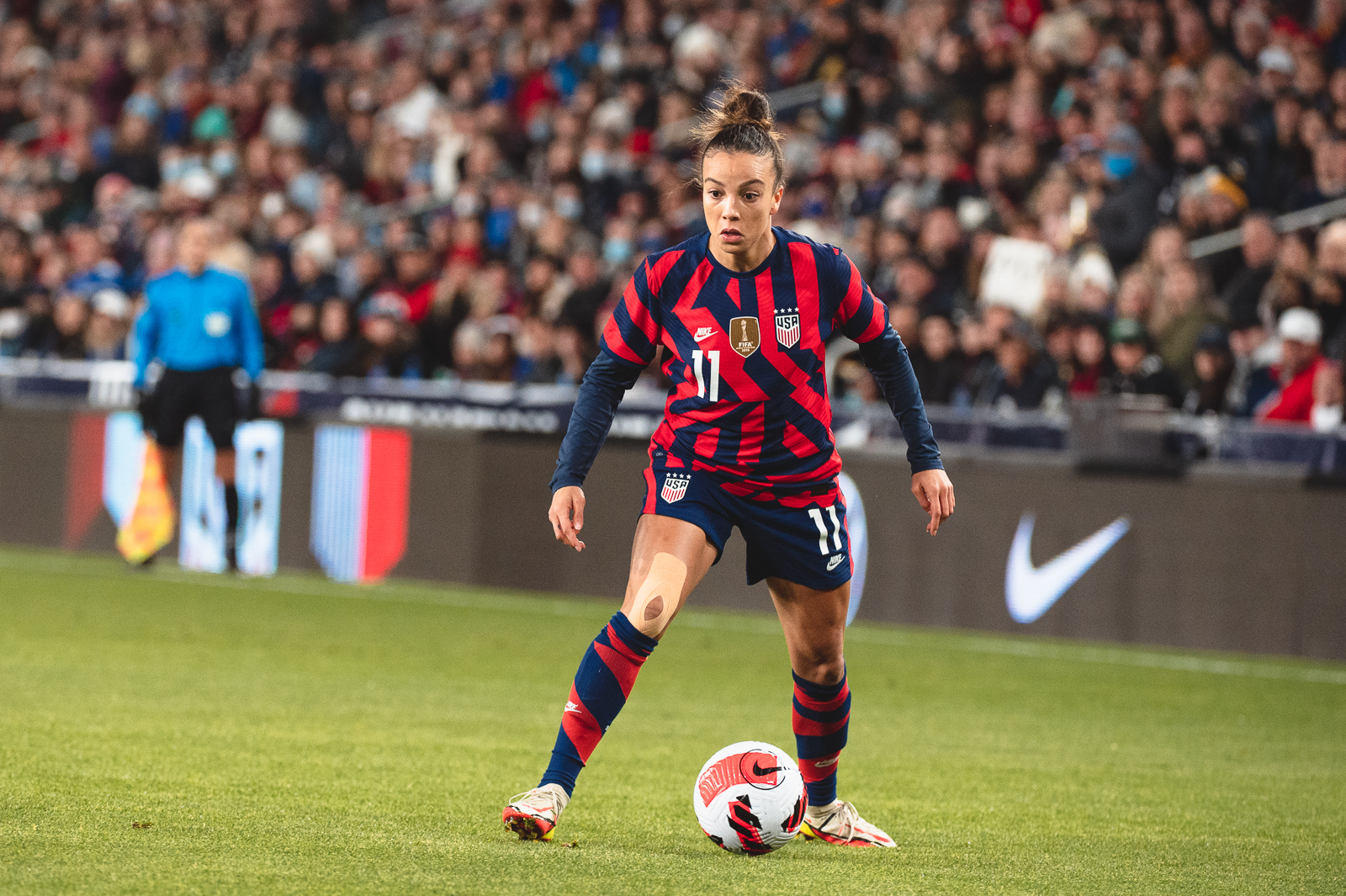 The U.S. women’s national team has a slew of new faces joining its April camp and friendlies against Uzbekistan. Head coach Vlatko Andonovski called in 23 players for the roster.

The U.S. will feature in two friendlies, along with Canada taking on Nigeria in a pair of friendlies, while their Concacaf counterparts take place in the final rounds of qualifying for this summer’s Concacaf W Championship tournament. That tournament will serve as both 2023 World Cup and 2024 Olympic qualifying. The U.S. and Canada — who got an automatic ticket to July’s tournament in Monterrey due to their high FIFA rankings — will be joined by six teams.

Andonovski said that this camp will be used as a tune-up ahead of the Concacaf W Championship qualifiers.

“We have four games left before World Cup and Olympic qualifying and it’s up to the players and staff to maximize every minute we get together on the field and in the meeting room,” Andonovski said. “We have quite a few injuries in our player pool that we are dealing with, but that also means more opportunities for other players and the chance to continue to deepen our roster as we continue to work to find the best combination of players to take to Mexico in July.”

The injuries that Andonovski alluded to include Tierna Davidson tearing her ACL and Lynn Williams needing surgery for an “acute injury” to her right leg. Both announcements were made by their respective club teams, Chicago and Kansas City, this week.

The U.S. elected to go with a younger group, as Kelley O’Hara and Lindsey Horan are the only two players with 100 or more caps on the roster. According to U.S. Soccer, there are 14 players on the roster with 15 or fewer caps.

Bella Bixby, Aubrey Kingsbury and Naomi Girma have zero caps for the national team, but could make their debut in this international window.

The two matches will be played during the April international window, with a trip to Lower.com Field — the brand new home of the Columbus Crew SC of MLS — in Columbus, Ohio, on April 9 at 5:30 p.m. ET, airing on FOX and Univision Networks.

On April 12, the U.S. will return to Subaru Park in Chester, Pennsylvania. That match will kick off at 7 p.m. ET on ESPN2 and Univision Networks.