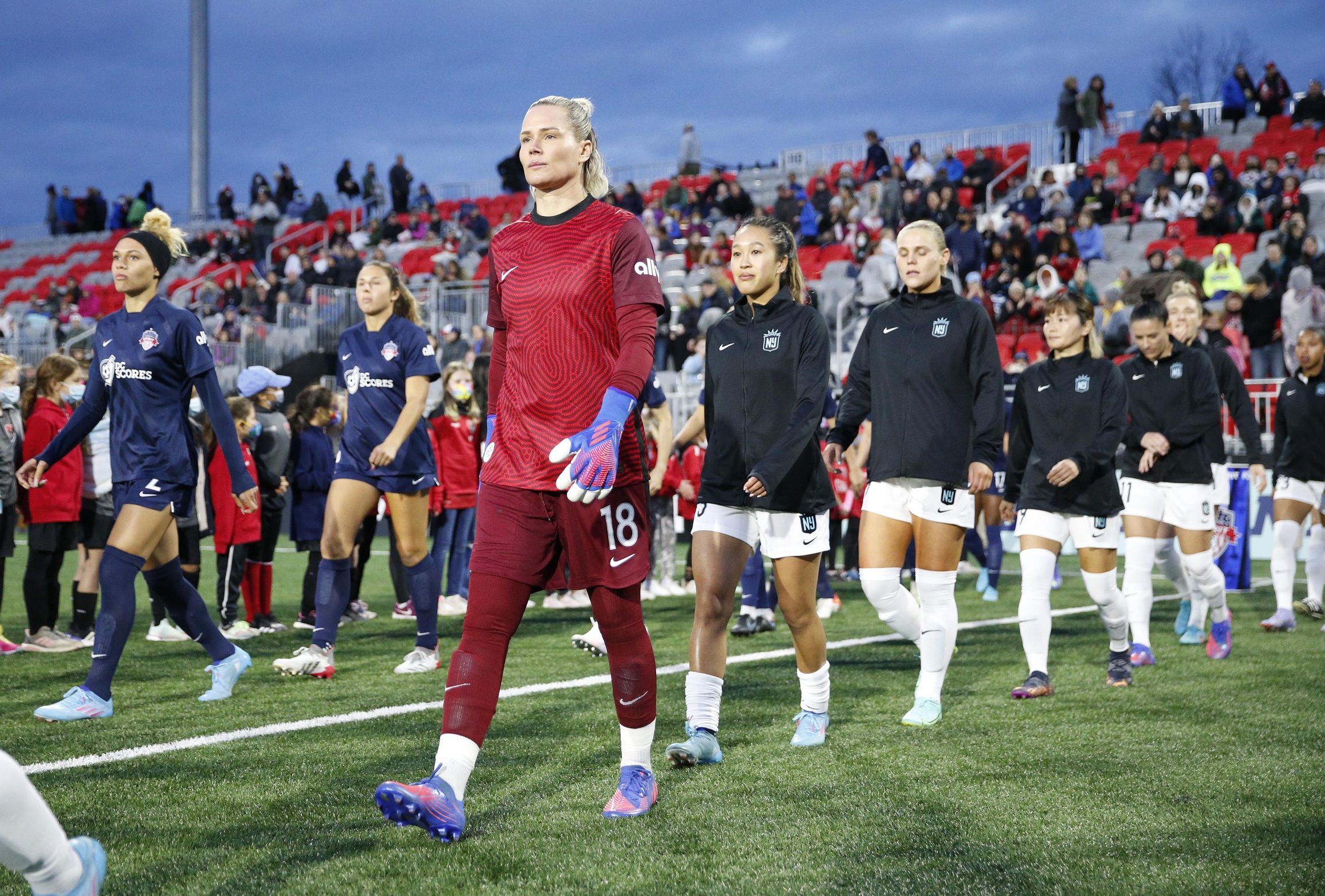 Moments after Savannah McCaskill was sent off for a dangerous tackle on Veronica Latsko in Fullerton, California, a fire sparked on the opposite coast, although it burned entirely online. The two incidents are completely unrelated but for the questions they beg about the fine margins in which every actor in the sport operates.

On one coast, there was a red card which should have been obvious but seemingly was not. On the other was what started out as a seemingly playful tweet from a team account which, in the end, might have inadvertently raised more serious issues.

Let’s start with McCaskill’s red card: It was the right call from referee Katja Koroleva by the letter of the law, full stop. With Angel City FC already trailing OL Reign 2-0 in the opening half-hour, McCaskill came over the ball with exposed studs which landed on Latsko’s shin, reducing Angel City to 10 players and a relatively impossible task. Those arguing against Koroleva’s decision talked about the lack of intent from McCaskill and even whether Latsko had a responsibility to pull out.

None of which takes away from the issue that such tackles can break legs. Better policing them means players will more actively think about not making such tackles, and that is what the game — especially the National Women’s Soccer League, which faces annual headlines about the quality of its referees — needs. The red card is not an indictment on McCaskill; she happened to be on the receiving end of what is hopefully an early-season trend reversal. Tightening up the NWSL’s physicality is needed, even if it will come with increasing debate over single calls like this. Imagine how that game could have unraveled if a strong decision was not made.

Less obvious and more nuanced is the Twitter spat which seems to have ignited a rivalry between the Washington Spirit and NJ/NY Gotham FC (or, at minimum, some individuals within it). Ashlyn Harris and Trinity Rodman made headlines for their back-and-forth tweets on Saturday night which saw Harris call out the unprofessional conditions of Segra Field (few will argue that in general) and Rodman reply that she “didn’t see anyone else fallin [sic] like that.”

Access the best women’s soccer coverage all year long
Start your FREE, 7-day trial of The Equalizer Extra for industry-leading reporting and insight on the USWNT, NWSL and beyond.
Subscribe
Existing Users Sign In Here
Related TopicsAshlyn HarrisExtraFeaturedKassouf on MondaysTrinity Rodman