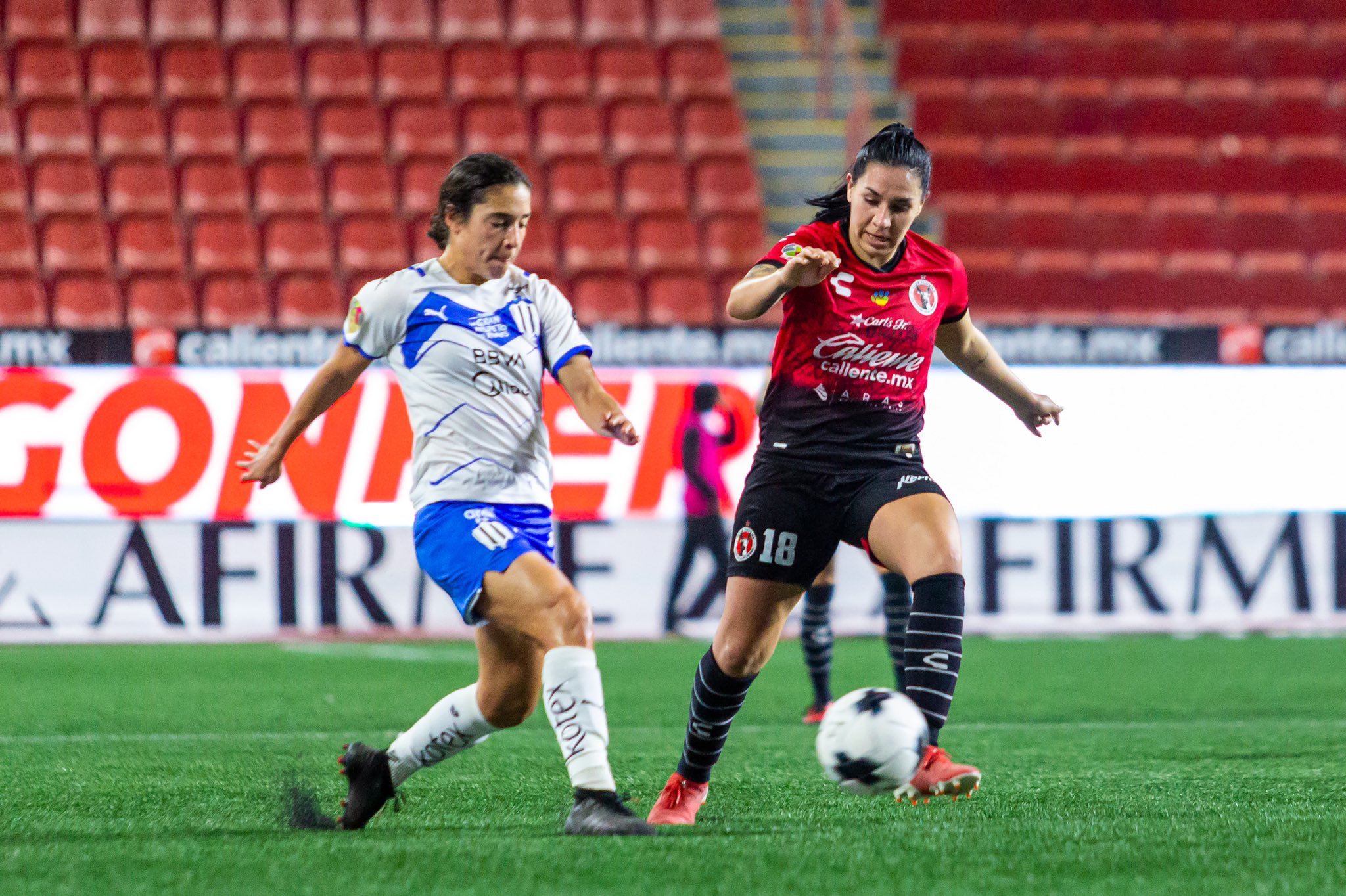 The last two rounds of fixtures in Liga MX Femenil action were close together, with Week 11 action spanning from March 16-18 and then Week 12 picking up on March 20-21. Because of the closeness in match weeks, we have combined both for this recap.

Meanwhile, Liga MX Femenil had a a couple blowout performances and one major shock in Week 12 of Clausura action. A team that has been inconsistent, to say the least, this year defeated the reigning champions and current first-place team. Club Tijuana topped C.F. Monterrey at home on Monday, capping off a big weekend as the playoff push continues.

What a result for Tijuana. This is a team that has struggled to find wins this year, but keep themselves alive in the playoff race due to seven draws. Tijuana’s only prior win of the season win came in the first week, in a 2-1 victory over Santos Laguna. Since then, the team has amassed seven draws and three losses.

Now, they add on three points over the reigning Apertura champions. Tijuana hosted Monterrey and had two different goal-scorers — notably not named Renae Cuellar — lift them over Rayadas. After a scoreless first half, Paola Villamizar out ran her defender and shot past Alejandra Godinez. Villamizar originally settled the ball off the opening play with her chest, putting it just out of reach of Godinez.

Xolos doubled the lead in the 61st minute with a tap-in from Sanjuana Muñoz, which was assisted by Cuellar. Muñoz snuck behind Monterrey defender Rebeca Bernal, while Alejandra Calderón pulled back to cover oncoming Tijuana striker Dulce Alvarado.

Monterrey is still in first place after the loss, but now the difference between them and both second-place Tigres, and third-place Chivas, is three points. Could the loss have opened up the door for Tigres to take the top spot? Monterrey only has one loss this season, while Tigres and Chivas have zero losses, but three draws.

Meanwhile, Tijuana is looking to clinch a playoff spot. Right now, they sit in ninth place, right outside the final playoff spot, with 13 points. Only ahead of them is Querétaro — a team with two postponed matches to play, while most league teams only have one postponed match to make up.

Mayor, who is third in the league for most goals scored, tallied all three of her goals in the first half. Mayor began with a hard hit past León goalkeeper María Martínez while colliding with defender Victoria Swift. Nigerian international Uchenna Kanu assisted after intercepting the ball within the León attacking area. Mayor’s second goal came off a two-touch strike in the box, after an assist from Lizbeth Ovalle. The hat-trick was complete in the 42nd minute with a chip over Martínez.

Fishel scored first for Tigres, in the 12th minute, but it was the assist from Ovalle that deserves just as much attention. Fishel was assisted once again by Ovalle in the 50th minute. Meanwhile, Lydia Rangel put a bow on the evening for Tigres with a header off a corner kick in the 63rd minute.

Tigres is now within three points of the first-place spot — although goal differential would put them under Monterrey as it stands, but not by much.

Pachuca has been one of the more underrated sides this Liga MX Femenil season. Charlyn Corral is currently tied for first on the goal-scoring leaderboard with Chivas striker Alicia Cervantes. Corral scored both goals for Pachuca in their road win over Cruz Azul.

Corral scored early, in the 9th minute in front of goal. Late in the second half, Corral notched her brace with a hit to the low corner, after her initial attempt was blocked. Cruz Azul did nothing to attempt to clear the ball while Corral received her own rebound.

Pachuca is sitting comfortably in a playoff spot, taking hold of fifth place. But, the race for the top is tight between the top five teams. Right now, Club América and Pachuca both have 25 points and could jump up to second place in as little as one week. They’ve got Mazatlán next, and then it’s a major showdown with Rayadas.