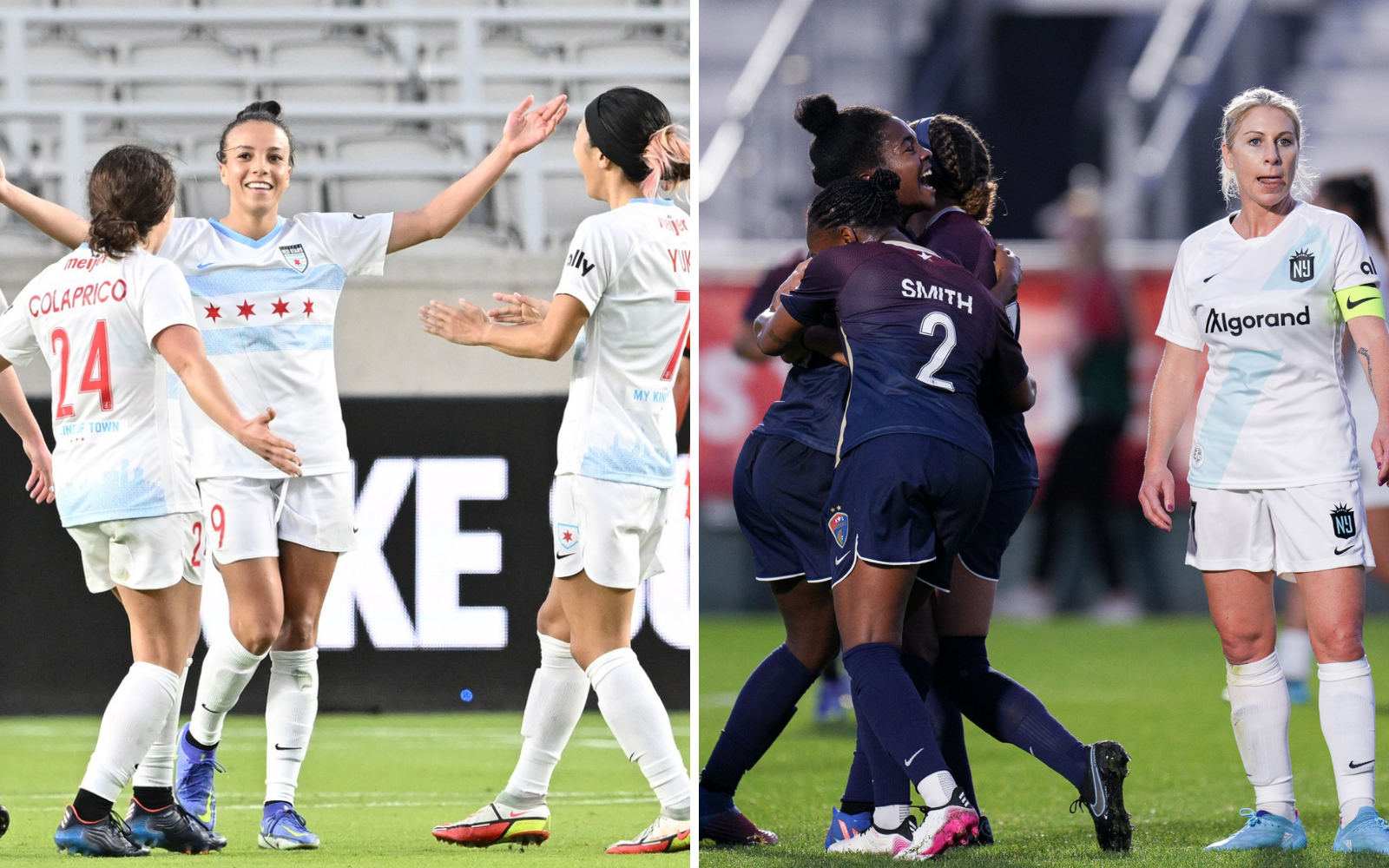 There is no week after which opinions change so much as the opening week of a season. After months of speculating what teams are going to look like it takes all of 90 minutes, maybe less, to be proven wrong. After Week 1 of the 2022 NWSL Challenge Cup there was surely a well-worn path off the Gotham bandwagon in the direction of the Red Stars’.

With that said, let’s have a look at how Week 1 may have changed not only perceptions, but the way each Challenge Cup group could play out.

Someone gave me flack after my preview for saying the Red Stars lacked traditional scoring up top. I’ll stand by my belief that Mallory Pugh is not a traditional scoring forward in the No. 9 sense. But let’s be clear about one thing: Pugh was the best player across six National Women’s Soccer League matches over the weekend. Time will tell just how good the Red Stars are, and how their depleted depth will play out, but when Pugh plays the way she did Sunday night in Houston, it makes the Red Stars capable of winning matches even when they are not superior between the 18s.

Pugh is coming off her best season yet, but it had a thud of an ending when she missed the semifinal in COVID-19 protocols and, after the Red Stars eked by the Thorns, had to come out of the NWSL Championship at halftime with an injury. If Pugh and the Red Stars midfield can stay healthy throughout 2022, there could be some bright moments ahead.

Pugh aside, the 3-1 win over the Dash brought the return of Alyssa Naeher, who was injured during the Olympics last summer, ending her NWSL season. Cassie Miller did a marvelous job holding down the position all the way through the playoffs, where she allowed two goals — one a penalty — across 300 minutes. But Naeher she is not, and Naeher’s best was on display Sunday as well. It was never more obvious than her fabulous save on Rachel Daly in the 82nd minute.

For England’s best, Champions League glory is still elusive
After a pair of expansion-draft moves, Kaleigh Riehl gets her big moment