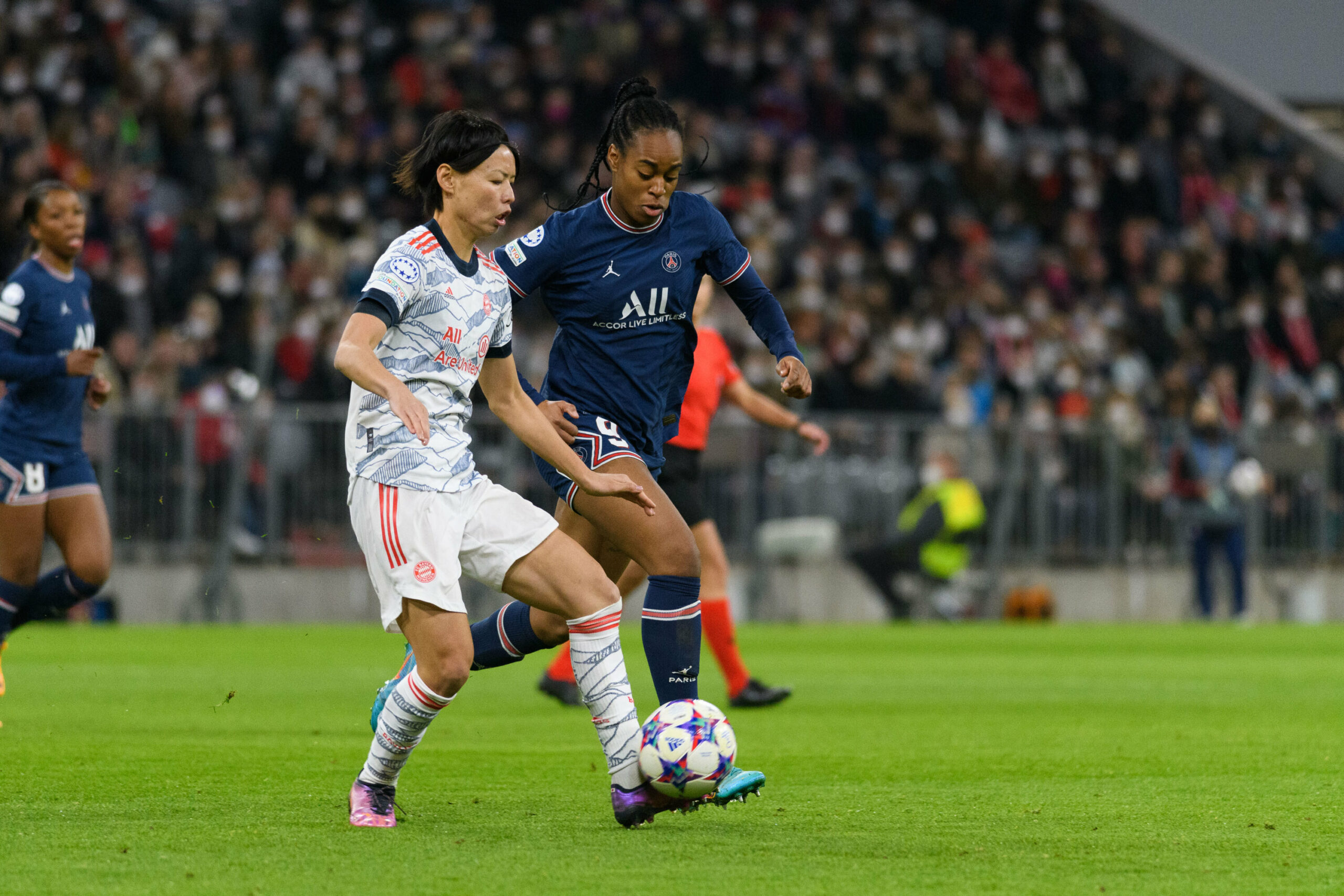 The UEFA Women’s Champions League quarterfinals kicked off on Tuesday. Paris-Saint Germain went on the road to the Allianz Arena in Munich, Germany, to face Bayern Munich. It was the first time the match was played in the stadium in UWCL history.

Later in the evening, FC Barcelona took the advantage, this time by a 3-1 scoreline, against Real Madrid. The match included a controversial penalty call in favor of Barcelona.

Alexia Putellas, the reigning Ballon d’Or and FIFA The Best Women’s Player award winner, scored a brace to lift Barcelona over their Spanish rivals Real Madrid. Putellas’ first goal came off a controversial penalty call, where Caroline Graham Hansen collided with Olga Carmona. The referee went to the VAR — which was implemented for this tournament — and decided that a penalty was in order.

Putellas’ goal was the equalizer as Real Madrid got on the board first, scoring in the 8th minute at home. Carmona was the goal-scorer, tucking it in the far post and past a diving Sandra Paños.

Marie-Antoinette Katoto shined in Paris Saint-Germain’s victory over Bayern, scoring a brace. Katoto’s first goal in the 19th minute came after a chaotic fight for possession in the box. An initial header was blocked and then smacked off the crossbar, bouncing and bobbling in a sea of blue shirts and white shirts. The ball eventually fell to Katoto and she fired it past Bayern goalkeeper Janina Leitzig.

In the second half, Katoto doubled the lead for PSG, who were the visitors in Leg 1, scoring off a header. However, PSG goalkeeper Barbora Votíková did not leave Germany with a clean sheet, as Klara Bühl — who had Germany’s best chance in the first half — scored off a direct free kick. Votíková got her fingertips on the ball, but Bühl fired with too much power that it went in goal.

The second leg will be on Wednesday, March 30, at 3 p.m. ET, at Parc des Princes in Paris.

Leg 1 continues on March 23 with representation from four different nations. Juventus and Lyon will face off at 1:45 PM ET, while Arsenal and Wolfsburg conclude the first leg at 4 pm ET.

Subscribers can read Blair Newman’s piece on Arsenal and their Champions League hopes as the last FA Women’s Super League team to compete in the Quarterfinals.