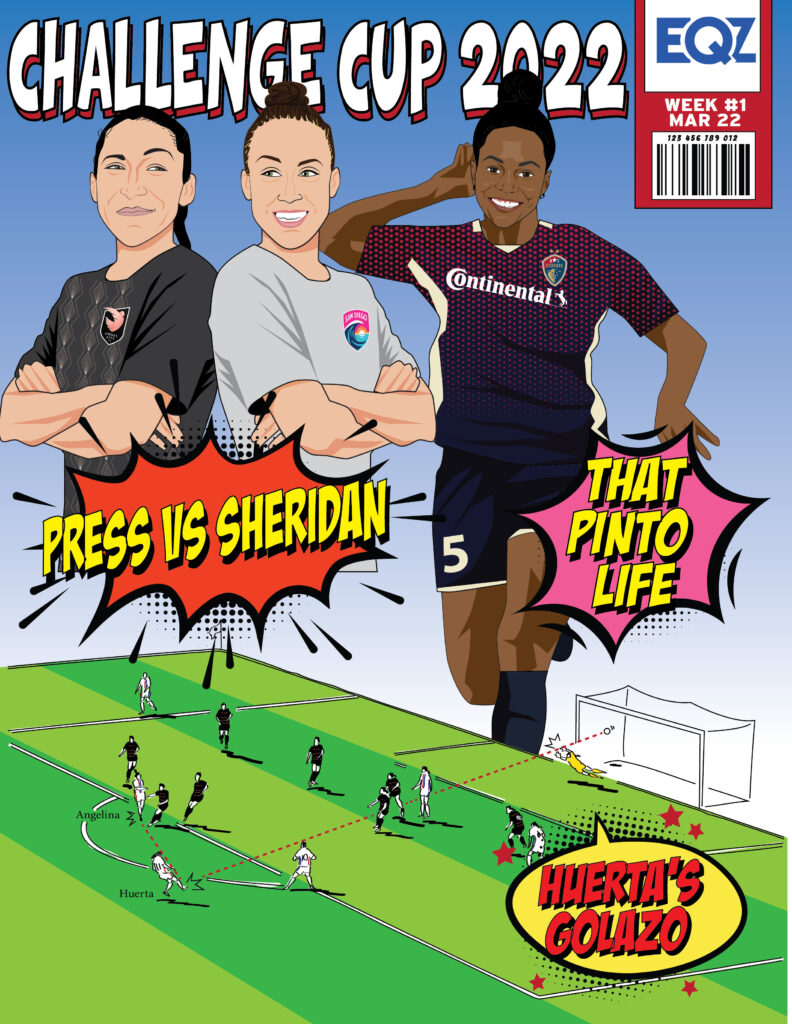 One of the beautiful things about the start of the National Women’s Soccer League’s new year of competition is that, for so many teams, we had no idea what to expect. There were hints and tips along the way during preseason, but those six weeks played out mostly away from the public eye and with 11 of the league’s 12 head coaches starting their first full season of their current tenure.

It must be said that there are serious and concerning reasons for the turnover. Five of the league’s 10 teams last year either fired coaches for cause or tried to let them leave quietly before controversy struck. Much of that has been detailed over the previous months, and the subsequent investigations are still a long way from resolutions. Friday’s arrival of competitive games brought rejuvenation for the ability to watch and discuss games again, and a tangible start to something new as the NWSL celebrates its 10th season. For some teams, the change was dramatic.

The Portland Thorns and Chicago Red Stars each rolled out new, three-back systems, while the North Carolina Courage launched a new era with a what’s-old-is-new-again system which bewildered NJ/NY Gotham FC.

One game makes not a season, as we are reminded each year, and the same goes for this brief Challenge Cup. (Remember the Orlando Pride’s hot start last year?) Still, this weekend brought our first glimpse of what could be ahead, and it provided plenty to talk about.

Rhian Wilkinson deployed a 3-5-2 formation in her first match as Portland Thorns head coach, a 1-1 draw on the road with rivals OL Reign. Among the many notable nuances to Portland’s personnel was Christine Sinclair’s move to the front two, next to Sophia Smith. Sinclair has scored more international goals than any player in history, but for the past several years in Portland, she has been deployed underneath the forward line, frequently and most recently as the attacking midfielder in a four-player diamond. She moved there because former Thorns head coach Mark Parsons felt the team could get the most out of Sinclair in that position as she aged and ostensibly was more of a threat as a playmaker than a quick striker who could get in behind.

Sinclair’s shift back to forward — if that is where she stays — comes only a few months before her 39th birthday. Age remains just a number for her; she scored the Thorns’ only goal and looked every bit the Sinclair the world has long known. If anyone wondered about Sinclair’s speed, they could look to the 15th minute, when Alana Cook — 14 years younger — had to resort to a jersey tug and an early yellow card to prevent Sinclair from slipping away for a counterattack.

Access the best women’s soccer coverage all year long
Start your FREE, 7-day trial of The Equalizer Extra for industry-leading reporting and insight on the USWNT, NWSL and beyond.
Subscribe
Existing Users Sign In Here
Related Topics2022 NWSL Challenge CupExtraFeaturedKassouf on Mondays