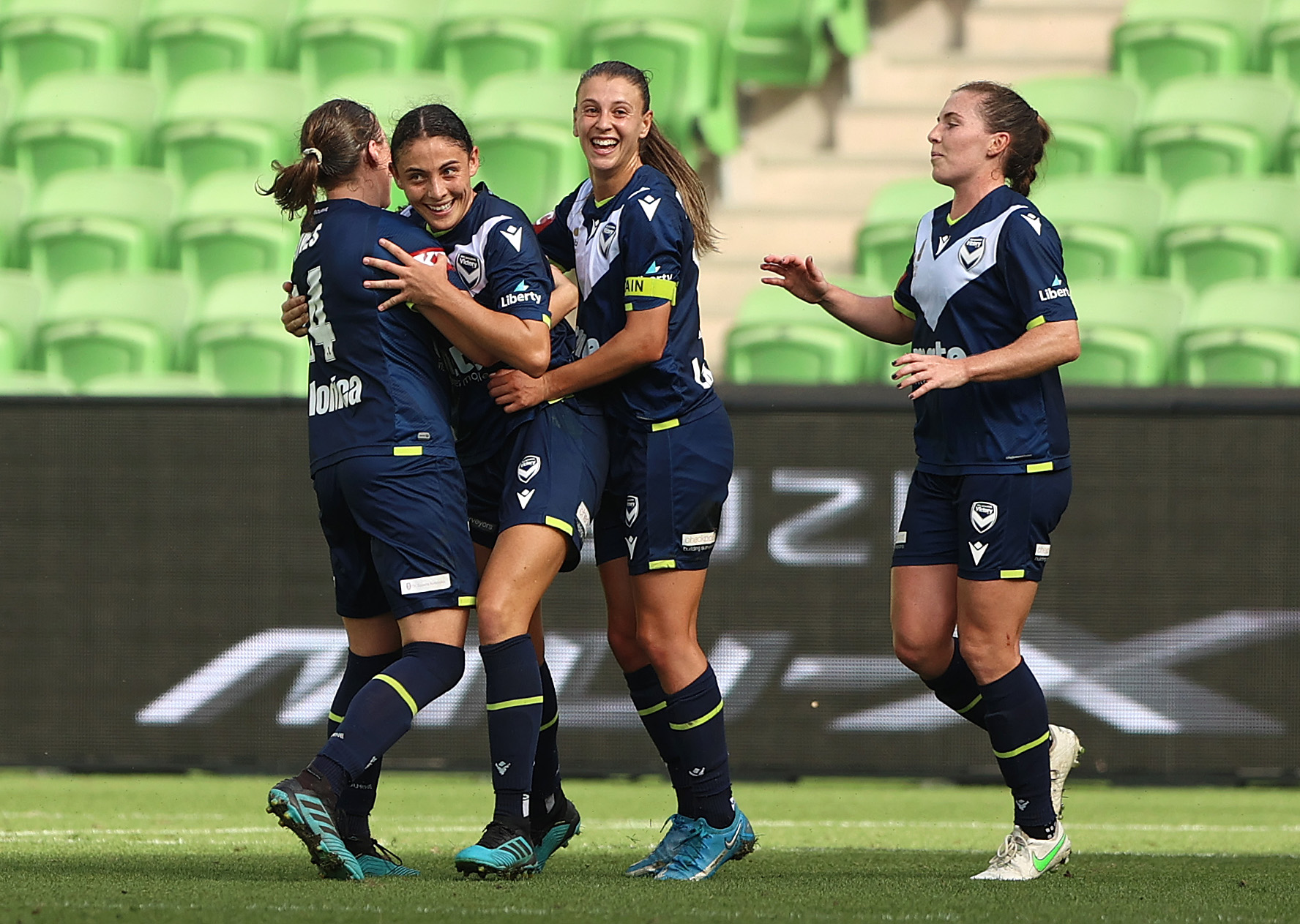 Melbourne Victory defeated their derby rival, Melbourne City, to advance to the Grand Final against Sydney FC. They did so with the return of goalkeeper Casey Dumont from injury.

Casey Dumont has played in the A-League Women (formerly the W-League) since the first league season (2008-09) and has been with the Victory since the 2017-18 season. This season she recorded five clean sheets (including four in a row) to capture the all-time club record with 14, surpassing former Matilda Brianna Davey with 13, who narrowly missed making the 2015 Women’s World Cup squad in Canada and has been playing Aussie Rules football professionally, committing full-time to the AFL in 2017 while leaving soccer.

Dumont has been capped at the U-17, U-20 levels and received a few caps at the full national team level; she was on the 2018 AFC Women’s Nation’s Cup Finals squad in Jordan. She originally started her career with Brisbane Roar and won two league titles as a starter under current Victory head coach Jeff Hopkins. She then spent two seasons with Sydney FC and the 2016-17 campaign with Western Sydney Wanderers before joining the Victory.

As a registered nurse, the last two years have been particularly challenging for her due to the COVID pandemic. In addition, she missed all of the Victory’s 2020-21 season with a torn Achilles injury that she suffered in September 2020, when she was playing in the state NPLW league with Blacktown Spartans. American-born Argentinian international Gaby Garton filled-in as starting goalkeeper during the Victory’s title winning campaign.

Dumont found this injury harder to deal with than her past injury rehabilitations for knee reconstructions, a lacerated liver and blood clots.

“It was the last 15 minutes of the match, through ball came in, I thought, great, easy take,” Dumont recounted. “Took a step, Achilles gone. You heard the bang; you could hear me screaming in pain…. I’m a registered nurse, every time an injury happens, I disappear to the nursing, medical world. When I did my Achilles, I’d only just gotten a job three months (prior). My boss was fantastic, [and] said: ‘I don’t care that you’re injured, we’ll put you on desk work, we’ll find something,’ which was fantastic…. Seeing people sick and then becoming the patient myself… My whole mindset changed.”

“When you get knocked down, you always get back up, but also you really learn how strong you actually are.”

Her long-time coach Jeff Hopkins echoed the idea of how tough Casey Dumont has been throughout her career.

“Seeing her go through real pain barriers in her time, she’s got such a strong mentality, if she sets out to do something, she’ll do it. And that’s in all area of life,” Hopkins said.

This season, Dumont has played in all but the last regular season game for the Victory.

“I’m so thankful and grateful that Victory has given me a chance to play another season,” Dumont said. “My body has now done the complete opposite. I feel like I’m in the peak; the best I’ve ever been and I’m the oldest [on the team, with the exception of 34-year-old midfielder Amy Jackson] as well.”

When asked about playing overseas, which she has never done, she said taht she wants to keep playing and “having fun.”

“The future is just [to] keep smiling and doing what I’m doing — whatever that is at the time…. To me, football means numerous things,” she said. “Camaraderie, passion, team spirit, just love for the game or for sport in general. It brings all those little childhood dreams together because you get to have that team banter as well as you’ve got that winning feeling.”

Victory narrowly squeaked into the playoffs in 2021-22 with only three points out of 15 to close the regular season. Dumont has an added incentive to capture her fourth Grand Final winner’s medal, after not being able to play at all last season, though she was still considered part of the roster.

Melbourne Victory jumped to a 2-0 halftime lead on goals by Melina Ayers (her second in two games after missing most of the season through injury), and New Zealand international defender Claudia Bunge on March 20. In the 53rd minute, Ayers assisted Lea Privitelli on her fifth goal of the season for a 3-0 lead. Tori Tumeth scored her first ever A-League Women goal in the 80th minute, in her second season at City, to reduce the deficit to 3-1, but Victory held on for the win and advances to next week’s Grand Final against Sydney FC, a repeat of last year’s championship match and a chance to retain their title.

Melbourne Victory now has won seven of 15 matches against City all-time, against eight losses. This was the first time that the two sides had ever met in the post-season. City lost their second consecutive playoff match after losing in the semifinals against Sydney FC last week, after winning all eight playoff games (and four grand Final titles) in previous seasons.