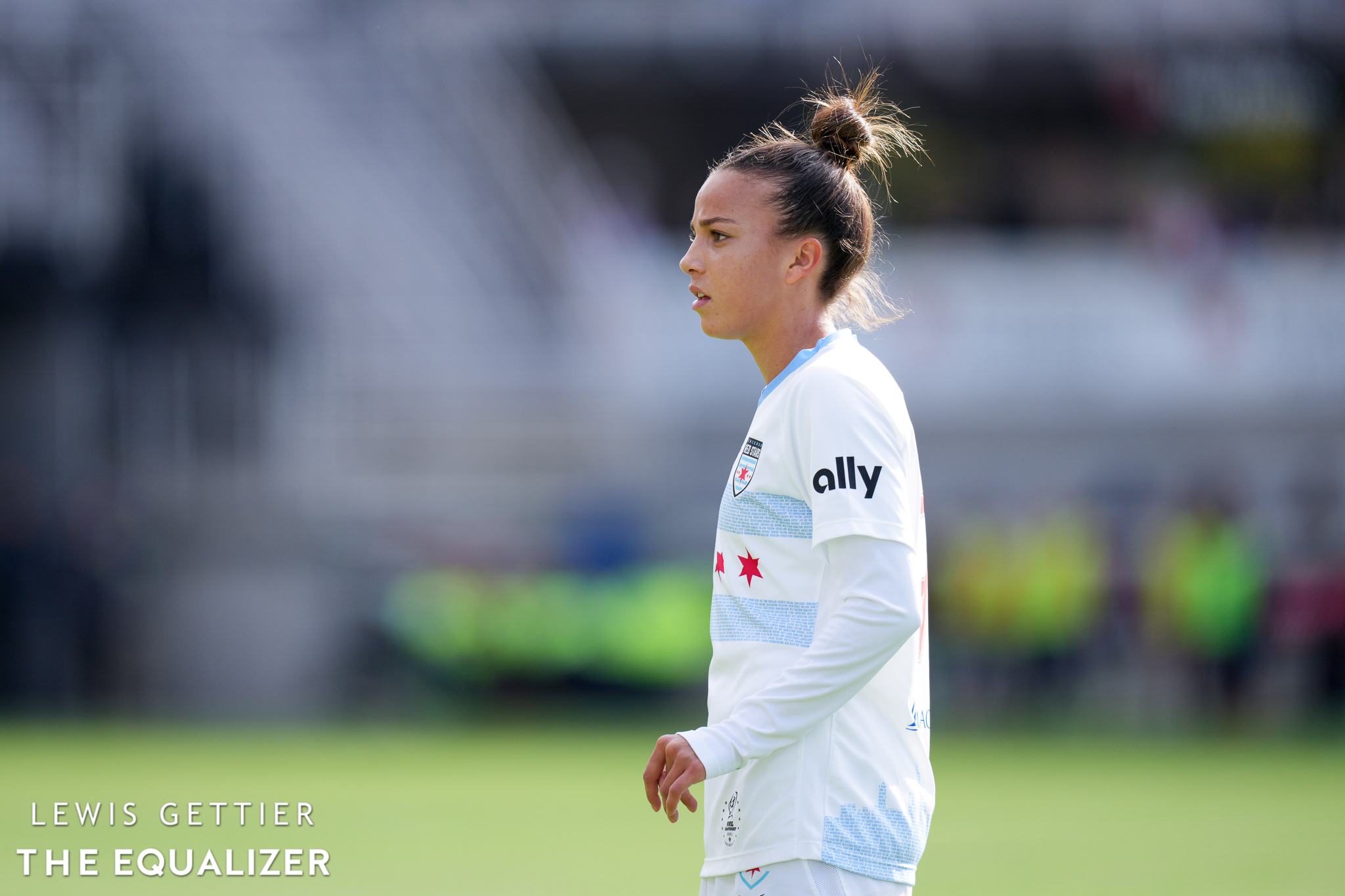 Sunday’s one NWSL Challenge Cup match finished up a weekend of games with a fascinating matchup in the Central Division.

The Skinny: The Chicago Red Stars bounced back from conceding early to score three unanswered and take home the victory. Mallory Pugh continued her sensational form from last season, netting a brace.

One Key Moment: Pugh’s first goal changed the game after a solid start from Houston.

Inside the Match: This game started off quite even, with both teams forcing turnovers in their offensive thirds and exchanging attacks for 15 minutes. Houston then gained the upper hand for some time, particularly through the wing play of María Sánchez and Nichelle Prince, who wreaked havoc on their defenders. In the 18th minute, the footwork of Sánchez earned an early yellow card for Bianca St. Georges, and a free kick in a dangerous position. The resulting set piece ended with Houston opening the scoring through Katie Naughton. Rachel Daly’s service made it all the way to Alyssa Naeher, forcing a save, but Naughton was there at the back post to put it away. It was another set-piece goal for the Dash, which was a strength of theirs last year.

Houston maintained that momentum for a short period but in the 28th minute, Pugh equalized for Chicago. Ella Stevens checked down underneath and turned to play Pugh behind, between Naughton and Haley Hanson. From that point on, Chicago controlled the majority of the match. The movement between the lines of Chicago’s forwards confused the Dash’s defensive structure, creating gaps for players like Pugh to run into.

The Red Stars came out in the second half with even more energy, finding success with their new 3-4-3 formation. This set up meant benefiting from superior numbers in the midfield and forcing giveaways high up the field with Arin Wright and St. Georges on the flanks. On their first corner kick of the match, 57 minutes in, they earned a controversial penalty kick when Sophie Schmidt hit into the back of Sarah Griffith, who was in the air. It was a questionable call, but Wright stepped up and calmly placed it in the back of the net.

Just two minutes later Pugh scored her second of the night. It was a cheap giveaway in a very dangerous area from Houston that gave Pugh the ball and space to rip a shot. Her shot took a deflection to help the ball hit the top corner.

With 20 minutes left, the Dash started to find themselves offensively again, finding good space down the side for their wingers, but the services couldn’t find teammates. In the end, Houston sent in 33 crosses but were largely inefficient. Naeher made a terrific save late in the match to deny Daly, but other than that the home team was unable to really test the goalkeeper.