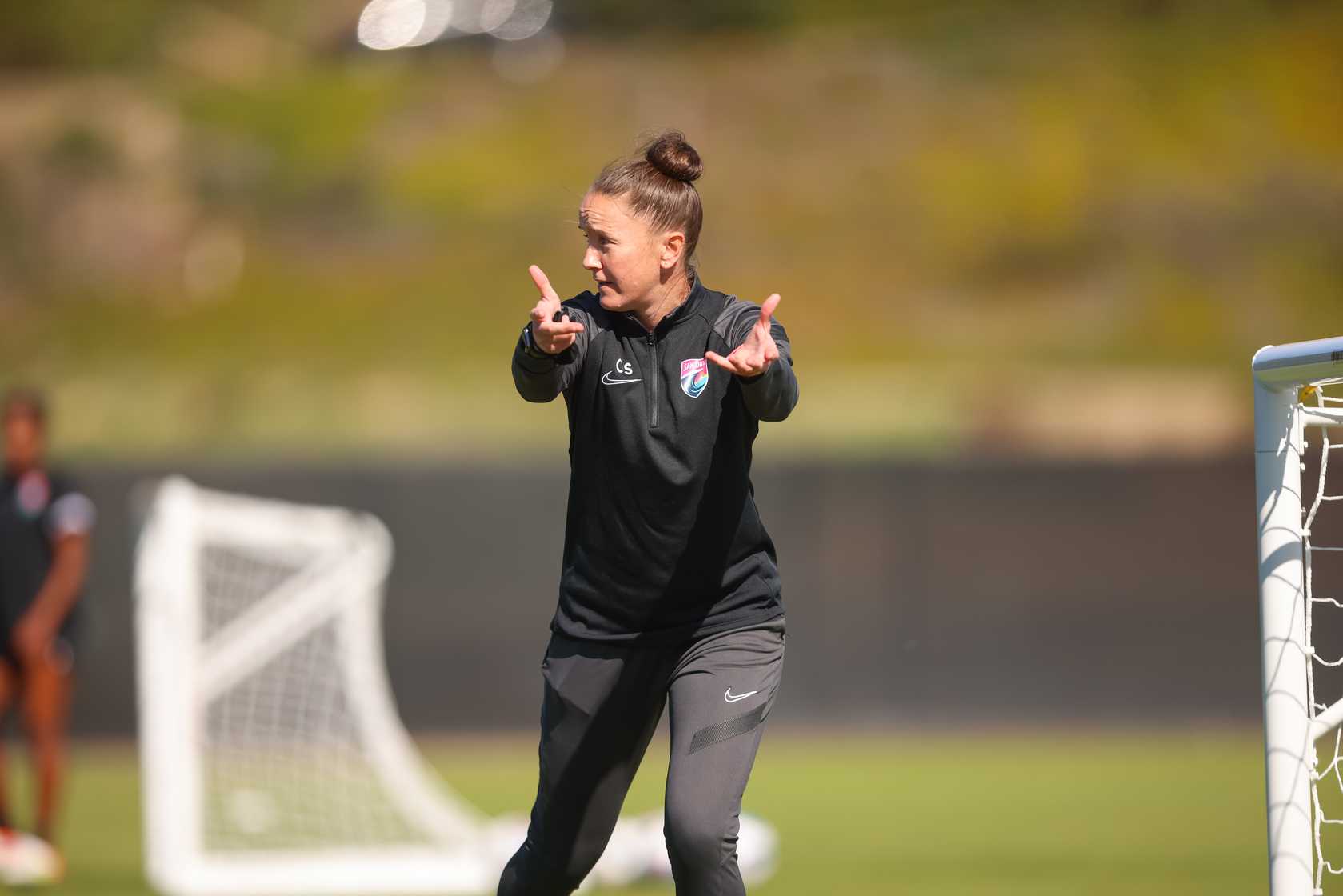 Let’s make sure we cover all the bases: Roughly a year ago, this San Diego team was supposed to be playing in Sacramento. You can read here about the initial news of Ron Burkle pulling out the MLS expansion bid, which left the city’s NWSL future in limbo. Then came word from sources that Burkle was proposing moving his team territorial rights to San Diego, which officially happened in spring, alongside the eventual appointment of Jill Ellis as team president.

Casey Stoney was soon announced as the team’s first head coach — another open secret. From there, things took a little bit in the hurry up and wait game that can be expansion-team roster building. United States defender Abby Dahlkemper was San Diego’s first signed player, although she could not be officially announced until late November as part of a series of trades between three teams which effectively saw the North Carolina Courage loan Dahlkemper to the Houston Dash for a few months, which allowed her to stay sharp before San Diego’s official launch. Loans aren’t allowed in the NWSL, though, so it wasn’t actually that, the league says. And if you’re confused by that, so is everyone, but we’ve mostly moved on at this point. Until the next quasi-loan!

More seriously, Dahlkemper as the first official San Diego player was fitting for Stoney, who was an international-caliber defender for England not long ago and who has built her entire roster through a defending-first mindset. It isn’t so much that the idea is to make the team boring and reactive; Stoney wants solid defending as the foundation of everything they do, including the attack. The dichotomy of Angel City FC and San Diego has been incredible to watch develop, and the contrast was evident in inaugural signings, too. Dahlkemper, a top U.S. defender, was first on the books for San Diego. Christen Press, a top U.S. forward, was the first signing for Angel City.

Stoney and the Wave doubled down in the NWSL Draft in December, selecting Naomi Girma with the No. 1 pick out of Stanford, a move which surprised some experts who assumed Jaelin Howell would be the top pick on pure talent, no matter which team held the selection. Stoney saw in Girma another center back who can set play alongside Dahlkemper and be the foundation of this expansion team’s future. (Howell went No. 2 to Racing Louisville, who was plenty happy to select her there.)

If Stoney’s time with Manchester United is any indication of how San Diego will play, there are reasons for encouragement among new Wave fans. United sat atop the FAWSL table around the midway point last season before injuries piled up and — as was reported later in the season — support from the club appeared to dissipate. Stoney is a relatively young coach with a sense of her playing identity, but she also appears willing to adapt to the demands of the American game. That is a crucial element to success for new coaches in the league.

The running joke for most of the offseason revolved around Stoney having a couple dozen defenders and some solid forwards but nobody in midfield. That is an exaggeration, of course, but the lack of natural midfielders remains a valid concern.

Stoney built the roster with players in mind who can play midfield, even if they are not necessarily known for that yet. Officially, San Diego’s roster lists six midfielders, but that is a liberal term — at least at the moment. Kristen McNabb is one of those six and she is best known for her time as a defender with the Reign, although she has some experience in the No. 6 role.

Taylor Kornieck is also being deployed in the midfield. She played there at times for Orlando in her brief time with the Pride, although she is best known as a more attack-minded player. Does that mean she will play as a No. 10? Initial suggestions were that Kornieck might drop deeper than that in this new beginning of her career. Complicating the matter is Stoney’s use of Kelsey Turnbow in the midfield. Turnbow made her name at Santa Clara as a forward; Stoney sees her as a midfielder. Presumably, that would have to be a midfielder with a license to attack, at minimum. And Stoney is bullish on the abilities of Emily van Egmond, who the only natural midfielder among those listed in this section and seems likely to have to carry the burden from box to box.

This Wave team should be solid defensively, with Girma and Dahlkemper pairing up centrally in front of goalkeeper Kailen Sheridan. Tegan McGrady is a solid starting fullback to have out of the gate for an expansion team, and Christen Westphal could fill that role on the opposite side.

Up top, the front line will be led by Alex Morgan, who has quickly become the face of the franchise. She’ll need to have one of her best and most complete NWSL seasons for San Diego to succeed — and for her own hopes of working back into the U.S. national team picture as soon as possible — but she will have decent support around her. Swedish international Sofia Jakobsson should adapt well to the league, and Jodie Taylor and Katie Johnson provide good depth up top and options depending on Stoney’s preferred system.

Overall, there is a reason for optimism that this roster can be competitive from the outset. The NWSL over the past few years has showcased some abysmal defending at times, so if Stoney can get her team to set the bar there, it will go a long way. How exactly her midfield experiments pan out is the X-factor.