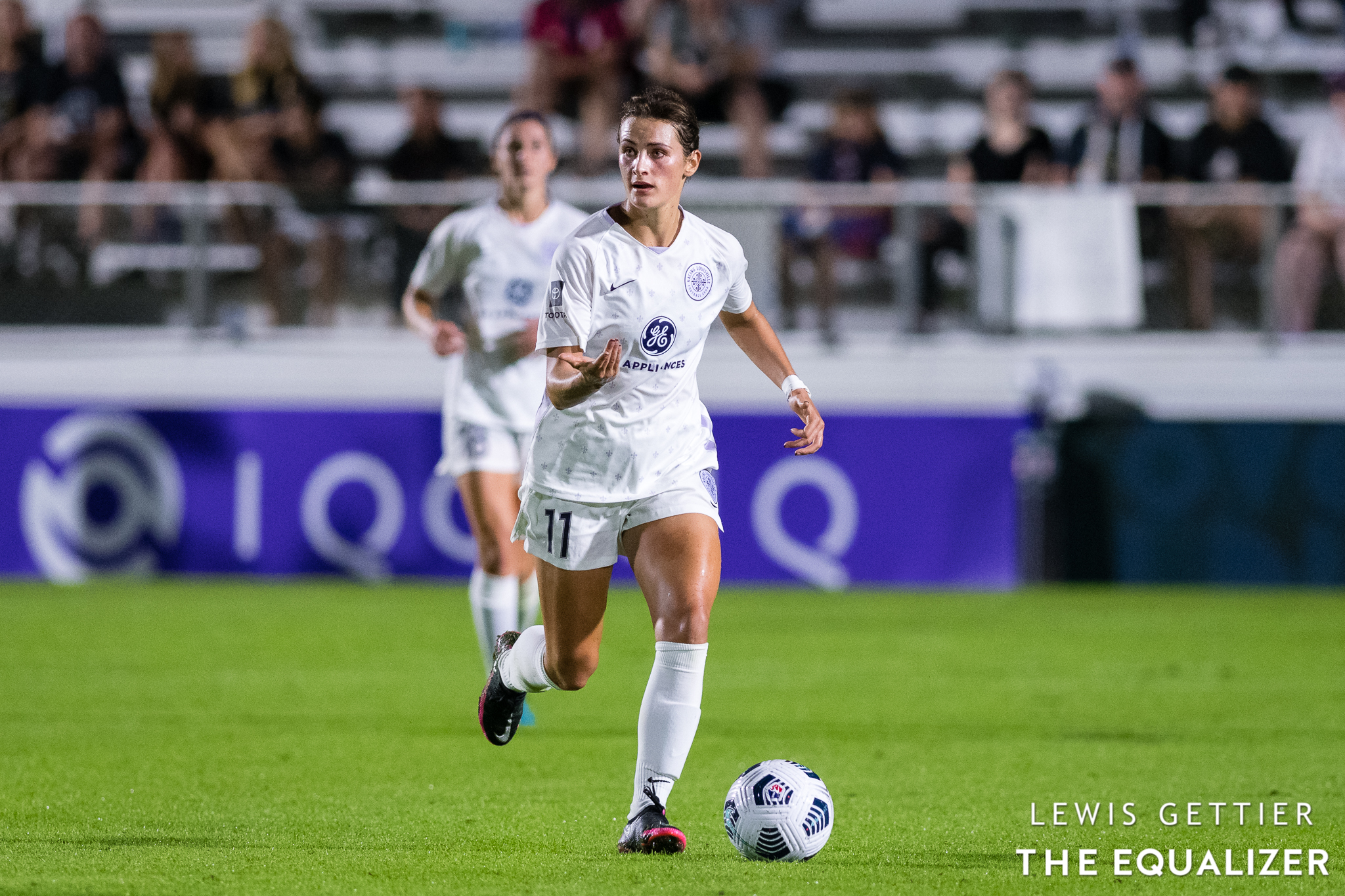 Racing Louisville FC was an expansion team in 2021 and went through a lot of the expected growing pains of a team navigating the challenges of a first year and restricted roster-building mechanisms. But there was more, still, which intensified the challenges, and that makes for a complicated assessment of 2021.

In short, Louisville was always up against it in year one. Inaugural head coach Christy Holly took a daring approach to the expansion draft which predictably did not pay off as he attempted to convince out-of-league players to return by drafting their rights, while leaving day-one-ready talent on the board. Of the 14 selections, five never played for the team. The draft was headlined by Louisville selecting Tobin Heath and Christen Press. Racing at least got some assets back in a trade that sent Press’ rights to Angel City FC this offseason, including the No. 2 pick in the 2022 NWSL Draft, which brings in Jaelin Howell. More on her later.

Louisville started last season as a gritty team which didn’t look like it would necessarily win a lot of games, but one which had the potential to not lose too many games. Playoffs were always a stretch goal, but there was hope, especially with the arrival of young English forward Ebony Salmon, who got off to a fast start, and veteran forward Nadia Nadim. They each arrived following their European seasons, but Nadim was lost to a season-ending knee injury in September.

By that point, things had already unraveled in Louisville. Holly was fired for cause on August 31 and has not been heard from since. That came in the middle of a series of disturbing revelations league-wide which saw half of the NWSL’s 10 teams in 2021 either fire a coach for cause or let him resign amid allegations of inappropriate behavior. In retrospect, the Holly hire set the club back a year, and there were warning signs from Holly’s previous tenure at Sky Blue FC, which ended abruptly in the middle of the 2017 season.

In steps Kim Bjorkegren as the team’s new coach. He is a complete unknown on this side of the Atlantic, and time will tell whether that is a net positive of negative for Louisville. His resume includes guiding Swedish side Linkopings FC to a domestic title in 2017, and, most recently, winning the league in Cyprus and participating in the UEFA Champions League with Apollon. In between, there was a stop in China, whose league has, from afar, been a mix of mystery and curiosity as far as operations go.

The hope is the Bjorkegren can get the team on track on the field. And, as low as the bar might be, do so in a manner which creates a positive team culture. The Holly situation, combined with the team’s on-field struggles, overshadowed what otherwise could have been a solid year-one success story for the NWSL. Louisville ranked second in the league in attendance in 2021 with over 6,000 fans on average, and hosted the NWSL Championship on short notice in front of a near-capacity crowd for a game that was never going to include the home team. Combined with a nice training facility and proximity of player housing, Louisville could be a solid long-term market for the league despite its relatively small market size.

For a team that finished second-bottom last year, there is, surprisingly, a relative lack of upheaval of the roster. There are some positive changes, no doubt, but success this year is going to be more a recipe of Bjorkegren getting a lot more out of a similar group than previous coaches (academy director Mario Sanchez served as interim coach to end the season) rather than putting a full stamp on the roster with his own players.

The major new addition is Howell, who is expected to be a major piece of the United States women’s national team’s midfield soon. Many presumed Howell would be the No. 1 draft pick on pure talent, but San Diego and head coach Casey Stoney wanted Naomi Girma for the fit of a play-setting center back. That was music to the ears of leadership at Louisville, who considered trading up for Howell. They also selected Savannah DeMelo at No. 4, another midfielder who could be the team’s long-term future but one with a few more questions surrounding past injuries. Add them to Emily Fox — already one of the best fullbacks in the league — and Emina Ekic, who were top-five picks in 2021, and Louisville has potential and a bright future across all three lines.

Whether that can translate in the here and now is less clear. Salmon started off her NWSL tenure on fire, but will need to find consistency. Nadim is expected to start earning game minutes in May but will need time to reintegrate from what would be a relatively quick recovery from a torn ACL. Jess McDonald arrives via an offseason trade with the North Carolina Courage to help fill the scoring hole and provide some much-needed leadership to a young team.

The biggest questions are in the back. Louisville conceded a league-worst 40 goals in 24 games last season, and there not only appears to be less depth at center back, but the club also made a (data-supported) bet on young goalkeeper Katie Lund being the long-term starter and moved on from veteran Michelle Betos. Fox is a star fullback who can generate attacking opportunities and defend, but she can’t do that on an island. Louisville is going to need Gemma Bonner to have her best season yet and then hope that two of Nealy Martin, Addisyn Merrick and Erin Simon can do the same.

There is an exciting batch of young talent here for the future. If Louisville is floating around the playoff line deep into the season, they should consider themselves to be playing with house money.