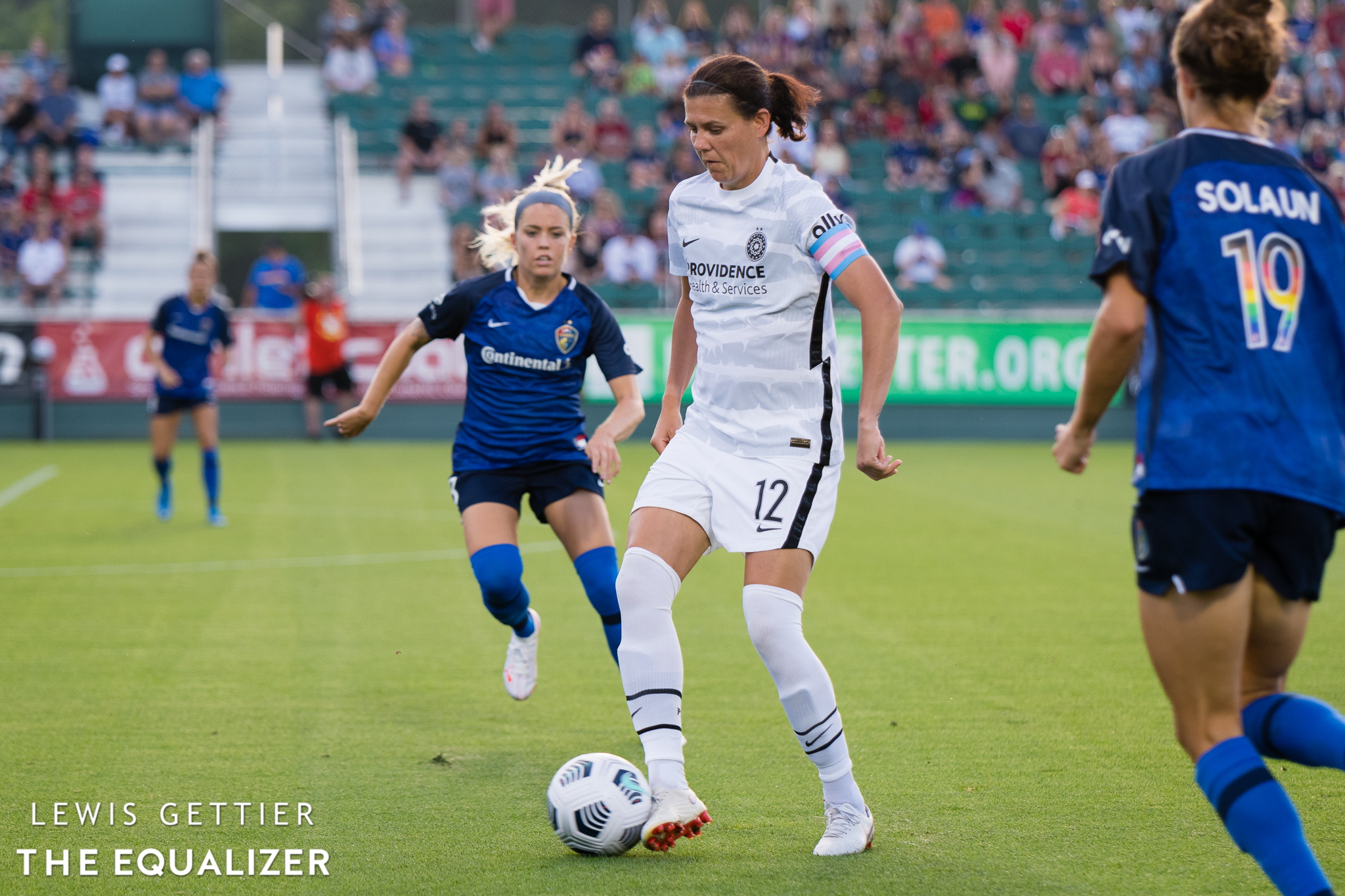 The Portland Thorns have been standard-bearers on the field and (their fans) in the stands since the start of the NWSL. They won the inaugural NWSL Championship in 2013, even if they slogged through that campaign, and they have picked up a few more trophies since, including another title in 2017. Last year, they nearly pulled off an unprecedented quadruple. They won the Challenge Cup, then the International Champions Cup (which is a glorified pair of friendlies, but the closest we have to intercontinental competition at the moment), and the NWSL Shield. They fell short in the semifinals to a Chicago team that did everything right on the day and might not be able to replicate that type of result, the way the game went, if given another 20 tries. Really: it took two ridiculous individual efforts from Chicago to win against the run of play, a cliché term that is nowhere more applicable than to this game.

That game marked the end of the Mark Parsons era as he left for the Netherlands head coaching job. In comes Rhian Wilkinson as head coach, a former Thorns and Canada women’s national team player. Her hiring was announced shortly after the arrival of Karina LeBlanc — the Thorns’ first dedicated general manager — who was teammates with Wilkinson in their relatively recent playing days.

LeBlanc arrives after spearheading an overhaul of Concacaf’s women’s structures, while Wilkinson steps into her biggest job yet after relatively high-profile assistant gigs with Canada and England. In Portland, she will be under pressure to produce results from the start; the Thorns have missed the playoffs only once in their history, and that was seven years ago. Portland’s standards are also such that simply making the playoffs won’t be satisfactory, especially with half the league qualifying this year.

Wilkinson will be operating without Lindsey Horan for the next 18 months, with Horan starting her loan deal in Lyon, and without Crystal Dunn likely for a good portion of the season as Dunn readies to give birth to her first child. That is half the midfield which has been the engine of the Thorns. U.S. defender Becky Sauerbrunn will also miss the Challenge Cup after having meniscus surgery. Wilkinson and the Thorns will need her healthy when available this season, which will likely be on and off to begin with as Sauerbrunn remains part of the U.S. national team picture.

Away from the field, Portland has been under scrutiny for its role in handling previous allegations made against Paul Riley in 2015, which only came to public light last year as part of the league’s reckoning with systemic abuse. Fans have demanded more answers and to date there are not many as multiple investigations carry on with unknown end dates.

The midfield still boasts Christine Sinclair at the tip of it, and there have not been any signs to suggest her ability has dropped off as she nears 39 years old. Raquel Rodriguez might finally have a chance to be the focal point in midfield, which could be a blessing and a curse. She is overdue for more widespread praise, but she will likely carry a heavier burden this season to achieve that. Angela Salem’s retirement creates a gap, too.

Hina Sugita is Portland’s major addition in midfield and one of the most intriguing international signings of the offseason. The Thorns had been chasing her for years, and they finally got a deal over the line, no doubt because they knew for a long time that Horan was heading to Lyon. Sugita’s ability to adapt quickly could define how smooth a start the Thorns have to this campaign. Yazmeen Ryan and Sam Coffey will likely have opportunities to earn minutes.

Up top, the Thorns just locked in Sophia Smith on a new, three-year deal — and for good reason. Smith is one of the best young, American forwards, and her combination with strike partner Morgan Weaver can be, at its peak, one of the most exciting partnerships in the league. There is a reason Portland drafted Smith and Weaver No. 1 and No. 2 overall in 2020. Their task this season is collective consistency, which in itself will be challenged with Smith likely missing time with the U.S. national team. Simone Charley and Tyler Lussi departed to Angel City FC, which put a huge dent in Portland’s depth up top. Marissa Everett might need to take on more responsibility, particularly during international absences.

Portland is always expected to contend, and the Thorns’ roster suggests they should be capable of doing that, even if not the obvious favorites they were last year. Wilkinson’s introduction, along with the various long-term and potential international absences, add a dose of reservation to just how good Portland will be.