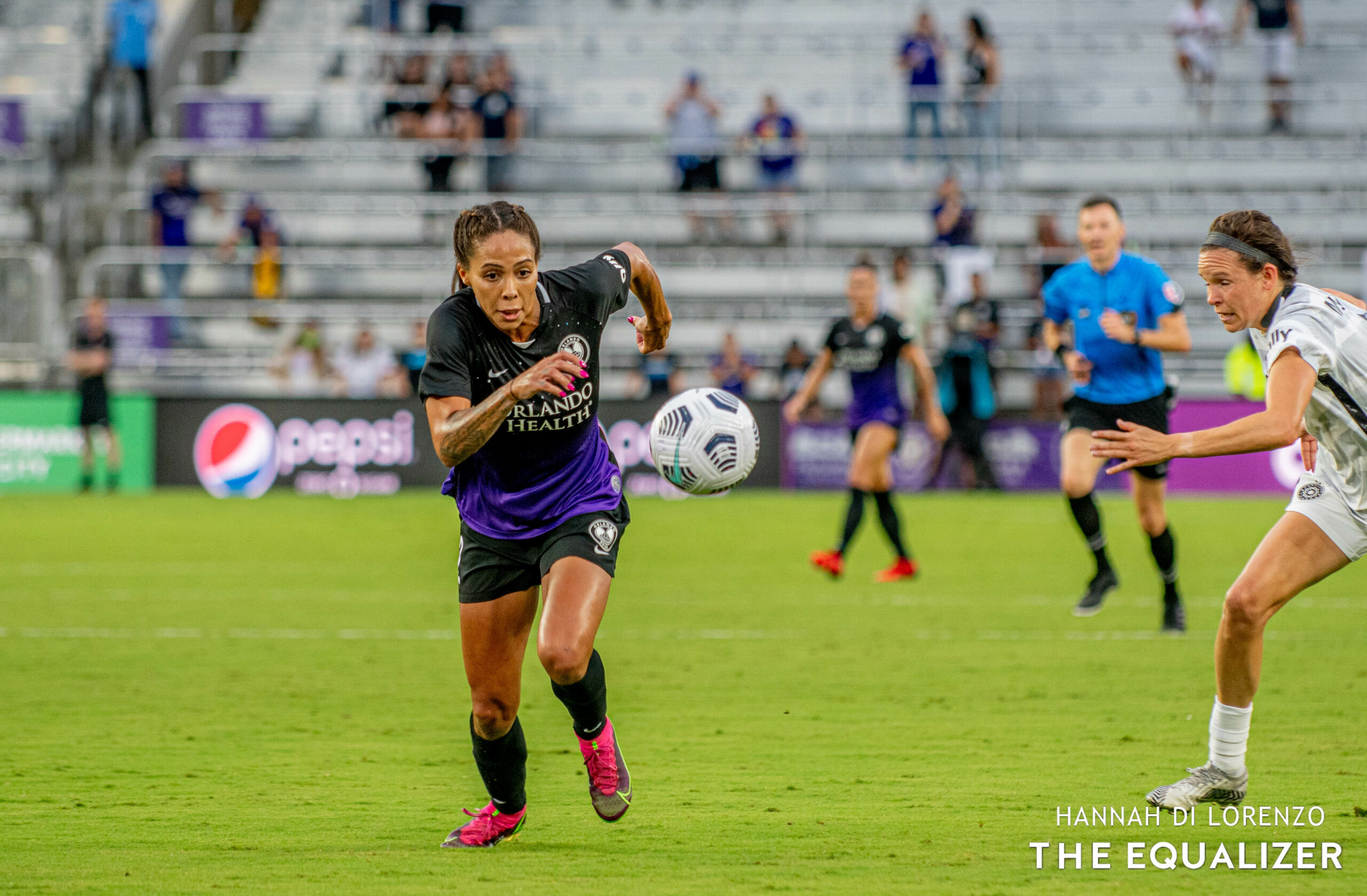 Orlando is a team trying to escape a perpetual state of flux. The Pride started a rebuild-lite after the 2019 season, but that version of the team never saw the light of day. Orlando was disqualified from the 2020 Challenge Cup before getting on the plane to Utah after a COVID-19 outbreak, and the way in which it happened — multiple groups of players out in public social spaces right before the big tournament (and at the height of the unknown in the pandemic) — was the real dagger for an organization trying to erase the notion that it couldn’t get out of its own way. With no Challenge Cup and no guarantee of any more games in 2020 until much too late, about half the roster left or went on loan abroad and thus missed the brief fall series.

Fast forward to 2021, and the Pride were in rebuild-redux. And finally, things were looking up. They won a game for the first time in 609 days during the second version of the Challenge Cup (their first) and used that as a springboard to an auspicious start to the regular season, beating North Carolina and Portland four days apart and sitting top of the table about a month in. Late June brought the start of a six-game winless skid, however, and during that came the surprising departure of head coach Marc Skinner, who left to take the Manchester United job. The appeal of being back home in England made sense, but Skinner endured brutal results only to leave right in the middle of a project that appeared to be coming to fruition. Players had some choice, direct words following his departure.

In stepped Becky Burleigh to guide the ship on an interim basis, and there was a positivity around the team and decent results in August. But the Pride lost all five games after the September international break (shut out in three) to plummet down the table and find themselves eliminated from the playoffs before the final weekend. The kicker was that the loss which eliminated Orlando was a lifeless 3-1 defeat to second-bottom Racing Louisville which saw an early lead squandered.

So, this past offseason brought round three of the rebuild, and that is where Orlando sits now. Among the shuffling is arrival of new, more engaged ownership which coincided with the departure of former NWSL president Amanda Duffy, who was the Pride’s highest-ranking executive. Amanda Cromwell left UCLA to become the new Pride head coach, a move which was previously unthinkable given the superior stability, pay, and resources the college game has offered in comparison to past and present U.S. pro leagues. That is a mini-trend which offers optimism about the league’s appeal at large. The Wilfs, sources say, are much more engaged owners than Orlando’s previous ownership (which was passive, to put it nicely), and that should mean good things about demanding more success from the Pride on and off the field. Mark Wilf has certainly said the right things so far, and his presence on the NWSL commissioner search committee tangibly shows that increased involvement.

On the field, there remain significant questions. The Pride traded away almost the entirety of its star-studded veteran group: Ashlyn Harris and Ali Krieger to Gotham, Ali Riley to Angel City, and Alex Morgan to San Diego. Those moves weren’t surprising for anyone paying attention; general manager Ian Fleming said from the start that he was not interested in the name value of any player, but rather, what they did on the field. Combine that clear message with an ongoing undertone of unrest in Orlando, and the most notable thing is that it took Orlando so long to go all-in on being a young team that is starting over. That point leads to the more detailed section…

NWSL history offers models of success which Orlando can draw from in its moment of reset. The Western New York Flash (which became the North Carolina Courage) moved on from the inaugural days of Abby Wambach and Carli Lloyd to establish the start of a juggernaut on the backs of a bunch of young players they found through the draft. That team made trades which put them in a position to make four of the nine first-round draft picks in 2015, selecting Abby Dahlkemper, Sam Mewis, Lynn Williams and Jaelene Hinkle. After the expected rough transition that was 2015, that was the core of a group which won the 2016 NWSL title.

A more comparable and recent example for Orlando is the Washington Spirit, who were wretched in 2018 (as Orlando was in 2019) before overhauling what felt like the entire roster. That eventually led to trading Rose Lavelle and Mallory Pugh (let’s acknowledge here that there were a lot of factors in Washington which almost certainly played a role in those decisions) and a new-look team for 2020 which laid the foundation for a 2021 NWSL Championship. (Again, the circumstances of that Spirit title are extreme, but from a process perspective, the Spirit went young and knew success would take a few years.)

Still, the difference between the above and Orlando right now is the way that the Flash and Spirit utilized the draft. Orlando signed 2022 first-round picks Doyle and Caitlin Cosme, but the Pride used the No. 5 overall pick on Mia Fishel, who played for Cromwell at UCLA and left college early to go pro. Fishel signed with Mexico powerhouse Tigres for significantly more money and a shot at winning titles right away (she has found early success there) closer to her preferred West Coast base, which all makes sense from her perspective. For the Pride, in the context of things and the need to maximize resources in the rebuild, it was a major whiff. Trading away Taylor Kornieck and Phoebe McClernon this offseason also saw Orlando part with two top-14 picks from the 2020 draft (Kornieck at No. 3 overall).

History says that the first year of the rebuild process is a tough one, and this roster’s learning curve could be particularly sharp. Marta and Sydney Leroux remain as the team’s most seasoned and recognizable players, and Leroux was unstoppable at times last year. Her determination on individual plays and over the collective season was a picture of what Orlando has long needed (and not gotten) from one through 26 on the roster. If the Pride are going to compete, they will need Leroux to carry on that goal-scoring momentum. Darian Jenkins could emerge as a complementary strike partner, and rookie Julie Doyle could be one for the future.

Midfield depth is still a problem, and the same could be said about the back line. The arrival of Megan Montefusco (nee Oyster) will help centrally, while Courtney Petersen and Celia Jimenez Delgado offer attacking options at fullback. Orlando trading away McClernon remains a bizarre head-scratcher from the outside, but there was some indication at the time that she wanted a fresh start.

One saving grace for Orlando this year will be that most teams find themselves in a moment of transition, and thus there are a lot of variables league-wide. That might allow the Pride to stay competitive, although any talk of playoff or title contention right now would be wildly premature. This is going to be a multi-year project. The Pride’s goal should be getting to this point next year knowing it finally has a foundation for phase two of that.