A playmaking English goalkeeper with Spanish influence: The sudden rise of Hannah Hampton 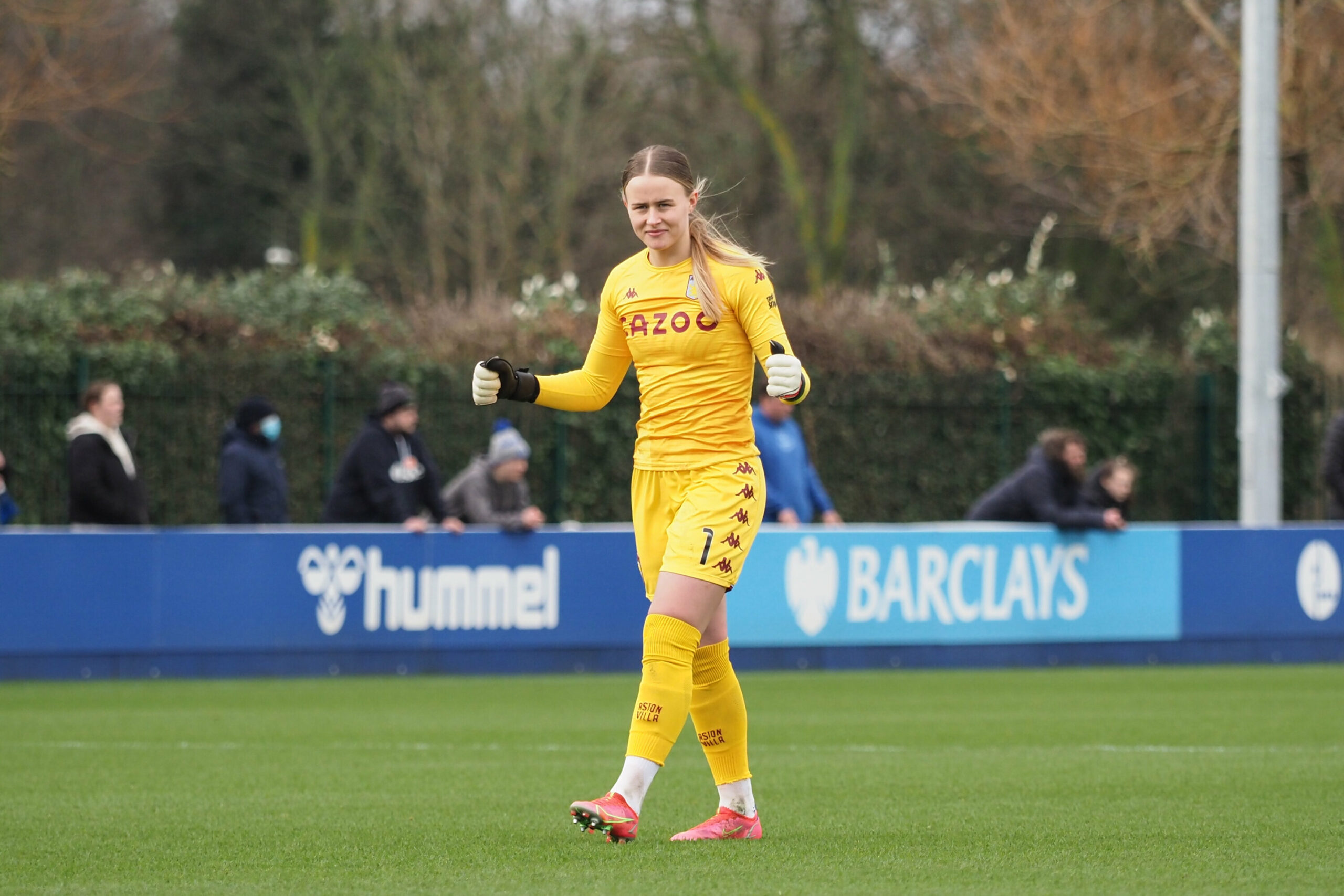 Hannah Hampton was in top form last Sunday, and she had to be. Aston Villa went into their away game against Chelsea, the reigning English champions, in poor form. They needed their goalkeeper more than ever, and they weren’t disappointed. Hampton pulled off save after save, denying Sam Kerr and her attacking cohorts to keep the scoreline at 0-0 until late in the contest.

Eventually, in the second minute of second-half stoppage time, Kerr got through and found a winning goal. Villa lost, but their No. 1 had once again confirmed her reputation as one of the most promising young shot-stoppers not just in England, but in all of Europe.

Hampton is only 21 years old, but is now in her fourth season of regular top-flight soccer. Having started her professional career with Birmingham City, she followed manager Carla Ward to Aston Villa last summer. Hampton has continued to impress at Villa, and was rewarded with a senior international debut for England at the recent Arnold Clark Cup.

The role Hampton takes on is fairly unique among FA Women’s Super League goalkeepers. Often, she can be found well outside of her own penalty box, looking to get involved in build-up play, forming a back three and enabling Aston Villa’s center backs to split wide. A quick look at Wyscout’s heatmaps, comparing her with Chelsea’s Ann-Katrin Berger, show Hampton to be far more involved beyond her own 18-yard box.

Access the best women’s soccer coverage all year long
Start your FREE, 7-day trial of The Equalizer Extra for industry-leading reporting and insight on the USWNT, NWSL and beyond.
Subscribe
Existing Users Sign In Here
Related TopicsAston VillaEnglandExtraFAWSLHannah Hampton