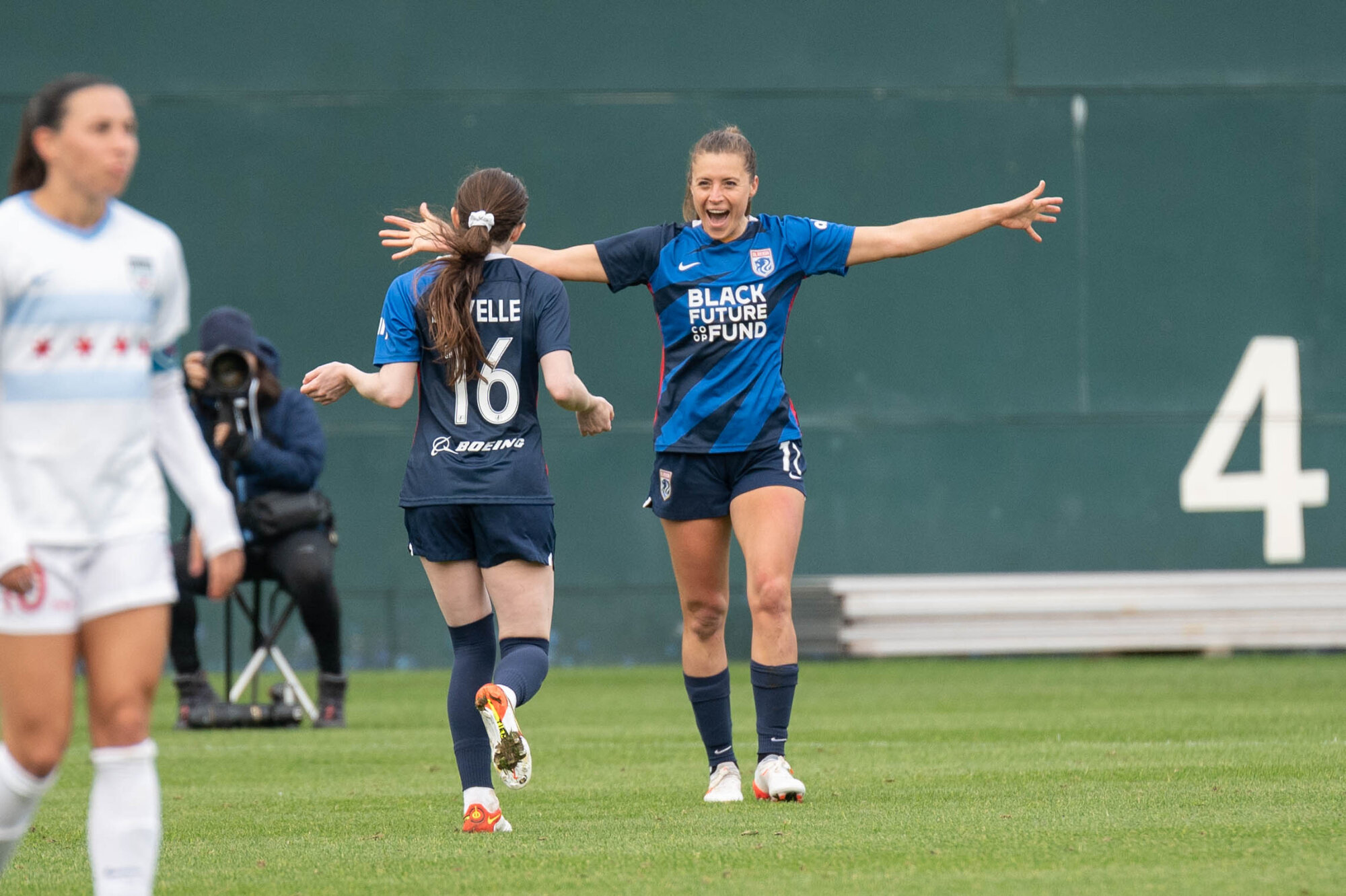 OL Reign — formerly Reign FC, which is formerly Seattle Reign FC — is back in Seattle, and that is a very big deal. With respect to Tacoma, it was never a truly long-term solution for a growing league as either a market or in the case of the specific venue, which was a converted baseball field. OL Groupe, the Lyon, France-based majority ownership group of the Reign, made the significant financial investment to move full-time to Lumen Field, home of the Seattle Seahawks and Seattle Sounders of MLS. You can read in depth about that move, but essentially, it allows the Reign to truly have a long-term future in the market (which the Tacoma move was initially supposed to offer, but things changed), and it keeps the team on pace to match the growing ambitions and standards of the NWSL. Now, they need to sell more tickets.

Despite the OL rebranding two years ago which wiped out the best branding in the league, the Reign have held on to some traditions thanks to a core group of players and a few remaining originals. Midfielder Jess Fishlock has been with the club since inception (with a few loan deals in between) and was rewarded with the MVP trophy in 2021. Megan Rapinoe and Lauren Barnes also remain as Reign OGs and integral members of the roster, while Laura Harvey is at the helm again as head coach.

Harvey was in charge from 2013-2017, including for back-to-back NWSL Shields and berths in the final in 2014 and 2015 (both of which ended in losses to FC Kansas City). She returned to the club in the middle of the 2021 season, after the departure of Farid Benstiti. It later came out that Benstiti was asked to resign (read: dismissed) following inappropriate comments toward a player. The Reign never had any rhythm under his direction, anyway, and there was a lack of direction from the start which was perhaps masked by the pandemic and the odd circumstances it presented.

Longtime assistant coach Sam Laity served as the interim coach while Harvey wrapped up her time as United States women’s national team assistant at the Tokyo Olympics, and under Laity and Harvey, the Reign went from a middling team to the second-place side which nearly chased down the Portland Thorns for the Shield, falling two points short. The midseason arrivals of Dzsenifer Marozsan, Eugenie Le Sommer, Rose Lavelle and Sarah Bouhaddi were a boon to that push.

All but Lavelle from that group were on short-term loans from sister club Lyon, which removes a considerable amount of attacking talent and experience from the group. It seems like the Lyon relationship is due to produce semi-annual loans like that, so who knows what kind of news we might see soon. Still, with Harvey back in charge, there is stability and familiarity once again. And with a move back to downtown Seattle, there is hope that a team which has long done a lot right on the field can start to see more payoff in the stands.

If you’ve read this far, you are likely well aware of Lavelle’s talent. And if you skipped right to this section, you’ll know how her time at Manchester City went, and how promising it was to see her return to form with the Reign in the back half of the year. ‘Return to form’ really doesn’t even do justice; her talents were optimized with the Reign in a way they had not been at City.

That Lavelle signed a two-year deal to stay through the 2023 season is notable given some of the ambiguity surrounding her arrival in the Pacific Northwest last year. Harvey’s return to the Reign as coach absolutely helped that cause. Now, Lavelle has a chance to make the Reign her team. She is a star in her prime and — particularly with the departure of Marozsan — the focal point of generating opportunities from the middle of the park. Fishlock and Quinn can do the box-to-box work and allow Lavelle to pick apart defenses. And as much as the Reign honor their past (right on their jerseys this season), the foundation which Rapinoe, Fishlock, Hope Solo, Keelin Winters and Kim Little laid was always meant to pass on to a new generation. Lavelle has a chance to own that moment on the team’s biggest stage yet at Lumen Field.

Her supporting cast is a solid one, with Rapinoe joined up top by Bethany Balcer and Tziarra King, plus Angelina and Ally Watt — each of whom have plenty of potential. Watt’s pro career has largely been on hold due to major injuries from the outset, but her potential is clear. A breakout season from her would be a major bonus for the Reign.

In the back, Alana Cook will serve as the anchor to defense, and how Phoebe McClernon fits in is a story to watch. She was spectacular for Orlando to start last season as a quasi-rookie before falling out of favor after a managerial change. Her potential is clear, and Harvey will aim to maximize it. On the flank Sofia Huerta has developed into a top fullback after years of positional uncertainty, so much so that she is getting regular looks there now for the United States. Her two-way flank play last year was quietly a major piece of the Reign’s second-half surge, and it will be needed again in 2022.

The biggest question mark is in goal. Harvey said early in the offseason that she was confident one of Laurel Ivory, Phallon Tullis-Joyce or Claudia Dickey has what it takes to be a No. 1. None of them have been No. 1 goalkeepers in the NWSL, although Tullis-Joyce has been overseas.

This Reign team offered a lot to be excited about late last season before a disappointing semifinal loss to the Washington Spirit. Let’s see if they can sustain that momentum and put together a complete season with (one would assume) fewer roster and staff disruptions.