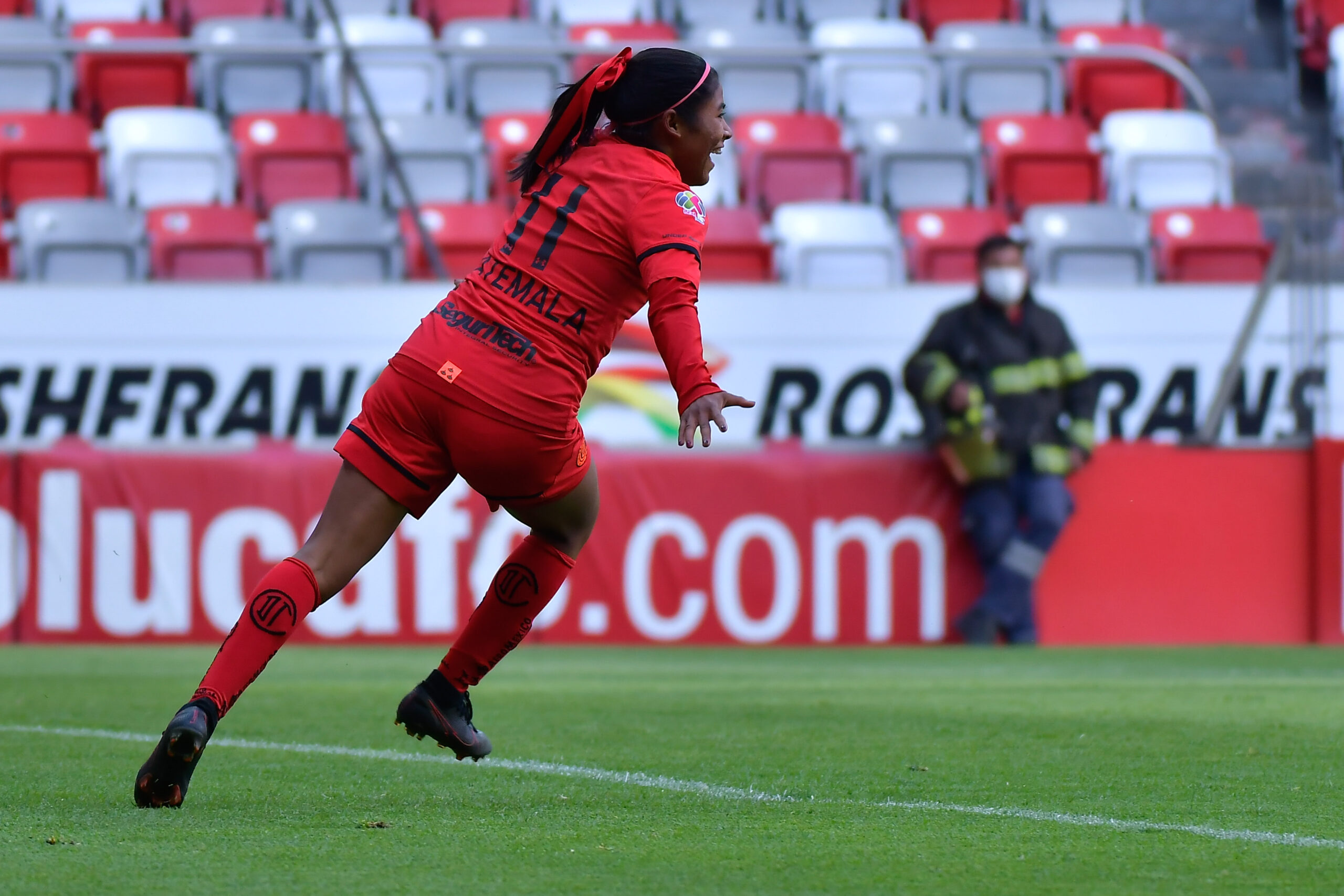 Week 10 of Liga MX Femenil action commenced this weekend, leaving a few matches with a few surprising finishes. While it wasn’t necessarily surprising to see a dominant team like Chivas win, it was a thrilling contest between Guadalajara and Club America, a red-hot team this season. C.F. Monterrey still leads the pack with another five-goal performance. However, it was Toluca and Tigres that turned heads, with Toluca drawing against the powerhouse club.

We would be remiss, though, if we didn’t address the lengthy break between Week 8 and Week 10. A few matches for Week 9 were played in Liga MX Femenil before a deadly riot broke out between fans at Atlas vs. Querétaro of Liga MX, the men’s league, on March 5 in Querétaro. Shortly after, Liga MX and Liga MX Femenil matches were suspended for Week 9.

In addition, Querétaro’s Liga MX Femenil match this past weekend against Atlas was suspended.

Since then, punishments have been rolled out. Liga MX President Mikel Arriola and Mexican Football Federation President Yon de Luisa listed the punishments together, including Querétaro’s ban of no fans in the stands for one year. Furthermore the “Barras” supporters’ groups will be banned from matches for three years. “In addition, any person found to have been involved in the incident will be given a lifetime ban from all Mexican soccer stadiums,” according to ESPN.

That’s not all, though. “Querétaro’s ownership group (Gabriel Solares, Adolfo Ríos, Greg Taylor and Manuel Velarde) will also be banned from league-related activities for five years and the club will be returned to previous owners Grupo Caliente, which owns fellow Liga MX club Tijuana. Querétaro’s current ownership will also be fined 1.5 million pesos ($70,450 U.S.). Grupo Caliente will be tasked with selling Querétaro by the end of this year, and if unable to do so, it will go under the ownership of Liga MX,” according to ESPN.

The bans roll over to the women’s side, as Querétaro’s women’s club will be sold along with the men’s team, and fans are not allowed to watch Gallos women’s team play at home.

A match doesn’t get more back and forth than this one. Toluca hosted and scored first, taking only 30 seconds to find the opener. Diana Guatemala snuck through and picked up the ball off the feet of Tigres goalkeeper Aurora Santiago, who held it too long after a back-pass. Guatemala pickpocketed the ball and shot it into the open goal.

Afterward, the match went scoreless for about 80 minutes. Then, American and former UCLA forward Mia Fishel scored the equalizer for Tigres. Fishel scored on a one-touch shot after a pass from the left. Tigres then took the lead in the 89th minute, courtesy of a María Elizondo tally. Tigres seemed to wrap up all three points, but Toluca had one more up their sleeves. With the clock closing in on 97 minutes, Toluca earned a free kick and Natalia Colin found herself unmarked for an easy header past Santiago.

Tigres stood still, stunned by the call and the goal, while Toluca celebrated splitting the points at home. After the match, Stephany Mayor took to Twitter to voice her displeasure in the goal and the stoppage time allowance, along with teammate Lizbeth Ovalle.

In a showdown with teams boasting two of the most prolific goal scorers in Liga MX Femenil, the Sunday night showdown between Club América and Chivas de Guadalajara did not disappoint. Both of those players were in prime form too. However, Alicia Cervantes edged out Katty Martinez, scoring two goals compared to the América striker’s one goal.

America struck first, with “Katty Killer” scoring on a penalty kick in the 20th minute. Then it became the Chivas show in the second half. Cervantes scored quickly in the 49th minute, off a one-on-one chance inside the box. Cervantes beat out defender Kimberly Rodríguez to take possession of the ball inside the attacking area. In the 61st minute, Cervantes scored the game-winning goal with an open pass-and-shoot chance. It was Jocelyn Orejel that kept the lethal striker onside.

Is there any team better than Monterrey right now? Ever since they started competition in Week 2 — after missing Week 1 due to COVID absences; that match has since been made up and played — Monterrey has been on fire. This is their third game with five goals, and their second game in a row with five goals.

Daniela Solis scored two goals, with her first coming on an empty net as she headed the ball up and over Necaxa goalkeeper Guadalupe Olvera. Christina Burkenroad added another first-half goal in the 26th minute on a header inside the box to reclaim the lead, as Necaxa was awarded and converted a penalty kick in the 24th minute. That lead for Monterrey only extended in the 32nd minute, as Diana García scored a rocket goalazo about 35 yards out.

Solis scored one more goal before the halftime whistle blew. Two minutes into first-half stoppage time, Solis received the ball on the left side of the pitch, wide open, and wound up a shot past Olvera. Monterrey’s fifth and final goal came in the 56th minute, with Rebeca Bernal, the team’s captain, scoring a penalty kick. Necaxa scored one last goal in the 83rd minute, as Fanny Grano — who took their first-half penalty kick — scored off a corner kick header.

Monterrey is on fire right now. The defending champions of the Apertura could very well take the top spot in the regular season. They certainly already have teams fearing them. Next up? Atletico San Luis on Thursday night. Don’t be surprised if Monterrey puts up another five goals.