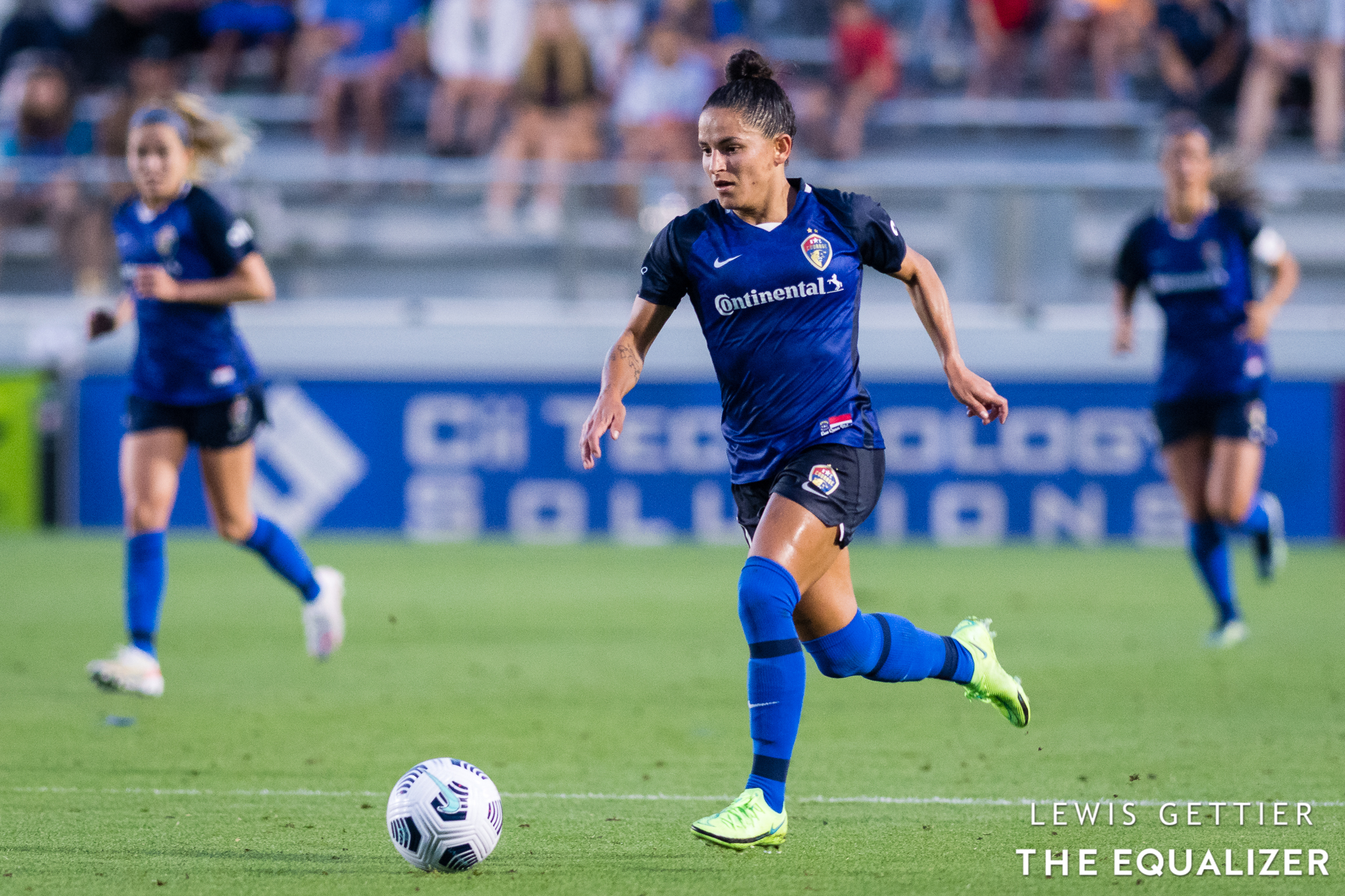 To say that a lot has changed in North Carolina would be an understatement. Even if you are completely new to the NWSL, you probably heard some of the disturbing reports last year, including the one about former Courage head coach Paul Riley and his alleged sexual coercion of players in previous jobs. Those revelations literally brought the entire league to a halt for a weekend in October and led to the ousting of former commissioner Lisa Baird for her mishandling of the situation. Riley was fired the same day The Athletic released its investigative report. Undoubtedly, the mental and psychological toll on players in North Carolina was significant, the extent of which is difficult to fully grasp from the outside. That’s a heavy way to start this preview — and it is merely the brief catch-up — but it is necessary context. Players who have spoken about it seem to mostly want to try to move on from the trauma, so we’ll respect that and start looking at what’s ahead.

In steps Sean Nahas, who was first appointed as interim head coach in the fall at the request of the players, and then assumed the job full-time in late 2021. He was originally the target of expansion side Angel City FC before they changed direction, which is at least some indication that other teams were ready to give him a shot, too. He spent most of the past two decades in the various iterations of what is now the club’s youth academy, so in a sense, he’s a homegrown coach.

Nahas has deflected the word “rebuild” throughout the offseason, but there’s no getting around the Courage being in that exact process right now. Given all that has happened in North Carolina, that should not be a surprise nor an inherently bad thing. A complete reset was needed. It will come with significant challenges, including the loss of most of the team’s stars and a good deal of leadership.

North Carolina was arguably the best team in the world in 2018, when the Courage lost one game in all competitions, and that was on a goal scored four minutes into second-half stoppage time, by a player now on the Courage roster (Brittany Ratcliffe) on a team that does not currently exist (Utah Royals FC). The Courage won the Shield in 2017, 2018 and 2019, made the NWSL Championship in all three of those years. They won the whole thing in 2018 and 2019. They did that with largely the same core roster which won a league title in 2016 as the Western New York Flash before the franchise relocated. That is the historical backdrop for what lies ahead.

There is a thorough line for this team to have the makings of a young squad which could be very good in a year or two as players develop and the club makes a couple of big acquisitions, but there will likely be a bumpy transition period in 2022.

Gone from the core of that world-beating team is a ridiculous amount of talent: Abby Dahlkemper, Crystal Dunn, Jessica McDonald, Sam Mewis and Lynn Williams among them. Dahlkemper and Dunn had already departed, but the offseason departures of Mewis, Williams and McDonald completed the overhaul of this team and removed not just talent, but a significant amount of veteran leadership.

Abby Erceg remains and will lead this young group and a back line which should be relatively solid, though needs to be more consistent than it was last season, especially in the early stages. Casey Murphy is one of the best goalkeepers in the league and she is getting more looks with the United States national team now.

Where the roster overhaul becomes more apparent is in midfield. Debinha is still the headliner and among the best players in the world, and Brianna Pinto is the player the Courage are investing their future in, evidenced by the large sum of allocation money used to bring her back to the club she played for as a youth player. Denise O’Sullivan and Kerolin are guaranteed starters — and Brazilian Kerolin could be one of the most exciting new players in the league — but the Courage list each as “currently unavailable,” which is ominous but hopefully only temporary as they each sort out visa issues.

North Carolina boasts only four relatively inexperienced forwards currently on the roster (in addition to Kerolin, who is a winger), which feels like a typo given how this team has been known as a scoring juggernaut. Who among Rylee Baisden, Jorian Baucom, rookie Diana Ordonez and Brittany Ratcliffe will emerge to lead the line in North Carolina? That is the biggest positional question of this transition.

We’ll know for sure in the coming weeks, but it appears the famous box midfield which the Courage used to dominate the NWSL for several years will be retired. That system required specific personnel and a relentless energy to press the opponent for 90 minutes. That is not an impossible task, but it also doesn’t appear to play to this roster’s strengths. And there is nothing wrong with that: systems evolve and get phased out (or figured out by opponents) every few years. Nahas and North Carolina players are going to need to figure out a system that works, and that could take some time and patience.

NWSL teams finalize rosters ahead of the 2022 Challenge Cup
A playmaking English goalkeeper with Spanish influence: The sudden rise of Hannah Hampton