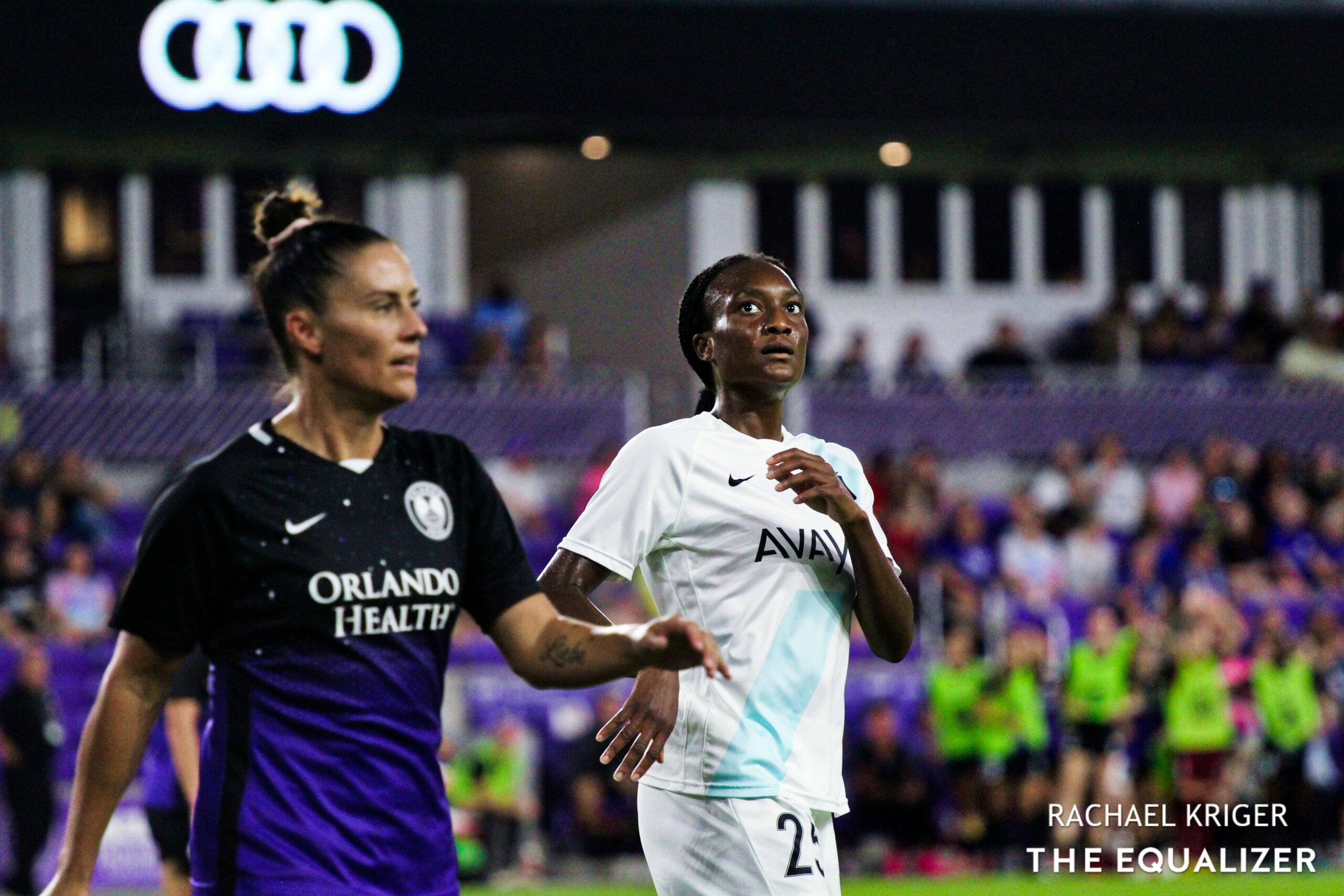 NJ/NY Gotham FC is the team formerly known as Sky Blue FC, if you tuned out last year. Yes, friend, this branding is lightyears better than the old one that was, in part, conceived on an Applebee’s napkin 15 years ago, and no, there has not yet been any NWSL-D.C. Comics crossover content yet, but here’s to hoping. Gotham forward Margaret “Midge” Purce has done her part to set the stage for Gotham to be the villains to the shiny new object that is Angel City FC, and we are here for it. Perhaps Angel City will take on the role of Avengers.

I’m tapped out on deeper superhero knowledge. Credit to the rebrand, the much-needed move away from Rutgers University and to Red Bull Arena, and the better form on the field: the Sky Blue team which was an international embarrassment in 2018 for its player conditions is truly a thing of the past.

Last year was supposed to be the year for Gotham — or, perhaps, the year before the year. The squad showed considerable potential in the pandemic-shortened 2020 campaign and, had all the makings of a team ready to contend. A trip to the 2021 NWSL Challenge Cup final prior to the regular season only confirmed that suspicion. They fell to the Portland Thorns in sudden-death penalties on that occasion.

The regular season was a mixed bag, and no doubt that had to do with off-field happenings, an all-too-common theme across the NWSL last year. Alyse LaHue, the general manager who was the architect of the rebrand and much of the roster rebuild, was AWOL for several weeks with no comment from the club before being fired for what The Equalizer confirmed was a league investigation related to the NWSL’s anti-harassment policy. To date, the full extent of that story is untold. Within weeks of that happening, head coach Freya Coombe was poached by Angel City to be their first coach, and although the initial press release said she would finish the season with Gotham, that was clearly untenable and a conflict of interest. A week later, she left Gotham. In the meantime, Gotham went seven straight games — exactly two months on the calendar — without a win as it transitioned to new head coach Scott Parkinson. Still, there was a chance at the Shield late in the season as other teams also stumbled, and even a shot at second place in the final weeks. But Gotham played to 1-1 draws in its final three games — all against the league’s two worst teams — to fall into fifth place and a trip to Chicago, where they were eliminated by the Red Stars in the first round.

Most of the core of this roster returns for 2022, with a few splashy additions: Ali Krieger and Ashlyn Harris arrive from the Orlando Pride via trade, and Kristie Mewis arrives in New Jersey after a successful stint with the Houston Dash. Gone are the tag-team goalkeeping duo of Kailen Sheridan and DiDi Haracic, but the Harris-Michelle Betos combination (plus rookie Hensley Hancuff for the future) mitigates most concerns there. The most glaring loss is Carli Lloyd, who retired this offseason.

Basically, this is last year’s team with some key additions and a coach starting his first full season in charge. Can this group find consistency throughout the season, and have an uneventful year away from the field? If so, Gotham has the pieces to be a contender.

Purce told me in a preseason conversation that she and her teammates — particularly the forward line — feel like Kristie Mewis answers Gotham’s missing piece from last year. Mewis is a creative player who can finish but whose strength is setting up teammates in the final third, as she did so well in Houston in combination with forward Rachel Daly. Gotham does not need Mewis to score (although that would be a nice bonus); the hope is that Mewis can deliver the killer final ball to Purce and Ifeoma Onumonu to improve upon their impressive output of 17 combined goals last season.

Gotham’s largely unchanged roster means similar questions in the midfield, however. There is a surplus of players whose profiles are very similar, and that will make for some tough lineup selections for Parkinson this year. Expect him to try several versions of this midfield as he looks for the right answers. Allie Long was again the most accurate, deep-lying distributor in the NWSL last year, which gives Gotham a unique option in the No. 6 role. McCall Zerboni is a two-way player with an emphasis on destroying plays, while Jennifer Cudjoe can offer much of that but with more of an attack-minded approach. Then, where does Nahomi Kawasumi fit in, if at all? The answer: probably on the wing.

Without doubt, Purce and Onumonu will lead the line. Whether that is a two-front or three-front (the latter more likely) will be something to watch as the season develops. Kawasumi just re-signed for two more seasons, and Paige Monaghan is one of the better depth forwards in the league. Kumi Yokoyama’s arrival also provides further depth up top.

In the back, Krieger is a sure starter, but at the expense of whom? Gotham already had a surplus of center backs with Mandy Freeman, Estelle Johnson, and Gina Lewandowski. Given how good Caprice Dydasco and Imani Dorsey were at fullback last year, it’s unlikely that Krieger slides out wide. Depth is good… it just makes for tough decisions. Harris will be the starter in goal, and she should have much greater consistency in her back four than she ever had in Orlando.

Gotham is a team built to win now. Maybe they won’t say that outright — and maybe that’s just an obvious statement — but Krieger, Harris and Mewis all clearly signal an intent to be a team adding the final pieces in a push for the podium. The pressure is on for what is generally an older roster from front to back.