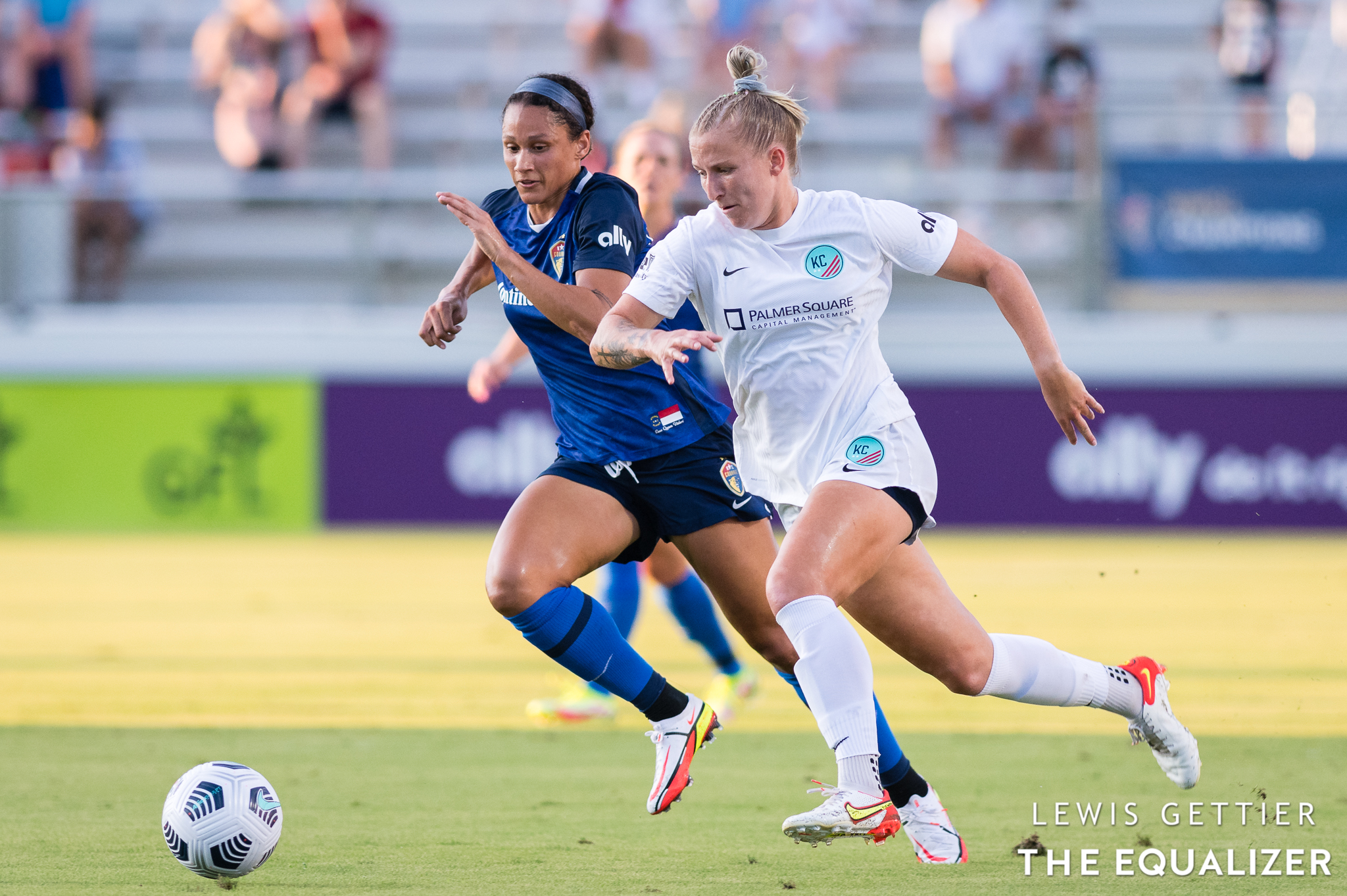 Let’s get down to the basics to start: Yes, this is the Kansas City Current, which for almost the entirety of last season went by an unbranded, temporary name because they didn’t want to rush their branding after a hurried start to the franchise following the folding of Utah Royals FC (which itself only came to life after the original KC team, FC Kansas City, folded in 2017; it’s the circle of life — or, at least, the NWSL). So, in October, we got the branding: Current was the name, and the unlikely teal-and-red colorway was here to stay. Current is about the river running through the border cities, but also about electricity and all that other marketing speak. Opinions vary on how that name hits, but what’s clear is that this franchise is headed in the right direction after some precarious first few months on the field.

Last year, that literal field was a baseball pitch that got converted to a soccer field, and it was bad. Whatever you heard otherwise, it wasn’t good for players and it was an eyesore on TV. The team made the most of it and mostly had the benefit of the doubt from onlookers given their hurried start, but it was still bizarre that they weren’t playing in the actual soccer stadium, Children’s Mercy Park — one of the country’s finest, at that — which was literally across the parking lot. We never got the whole story there, but whatever it was, it’s in the past now. The Current will play at CMP this season, but the even bigger news is that they are building their own stadium, an 11,000-seat gem slated to open near downtown in 2024. It is the first stadium being built specifically for an NWSL team. A new training facility is expected to open later this year, and the two combined structures will cost $85 million. The club says the entire cost of both will be privately funded.

On the field, Kansas City finished last in 2021 and pretty much sat in that position all season. Including the four games in last year’s Challenge Cup, it took 18 tries — roughly four months — for the team to win its first game. Particularly in the second half of the season, Kansas City was much more competitive than its record suggested, but it was a rough go on the field in year one.

Matt Potter is tasked with turning things around in season two. Huw Williams, who was the coach last year, has shifted to a technical role focused on scouting, which fits his strengths. He was previously the general manager of FC Kansas City, which won NWSL titles in 2014 and 2015.

Without question, Kansas City is a better team now than it was a year ago. The Current added Adrianna Franch in goal for the back half of last season, then brought in Sam Mewis and Lynn Williams from the North Carolina Courage in separate offseason trades. If Mewis stays healthy and Williams finds her scoring form, Kansas City will be competitive. There will be pressure on each of them; Kansas City scored a league-low 15 goals in 24 games last year, failing to score entirely on 13 occasions.

Kristen Hamilton will need to help carry the scoring load up front, and it should not take too long to establish chemistry with Williams considering the years they shared in North Carolina. Hamilton, Williams, Mewis and Hailie Mace all coming over from North Carolina will help with establishing a gritty vibe which the Courage of old had. If nothing else, Kansas City should be hard to beat (which could be said to a degree about last year’s team). Whether they can win enough games is more of the question.

Lo’eau LaBonta and Desiree Scott will help hold down the midfield, but there are some questions still at center back. Rachel Corsie’s abrupt offseason departure puts a further dent in depth at that position, and some combination of Mace, Elizabeth Ball or Kristen Edmonds will have to have a career season there as it stands.

A wild card here (stop me if you’ve heard this before) is the lack of information on the coaching front at this level. This is Potter’s first professional gig after time in the college game and with the United States U-23s. That isn’t just a change in levels which will require a potential shift in tactics, but it is a different beast which many coaches who have discussed after making the switch between international and club play. It’s still soccer, sure, but the entire lifestyle is very different grinding through a long season.

There is a lot to look forward to in Kansas City off the field. The Current will hope some of that shines through on the field, too.