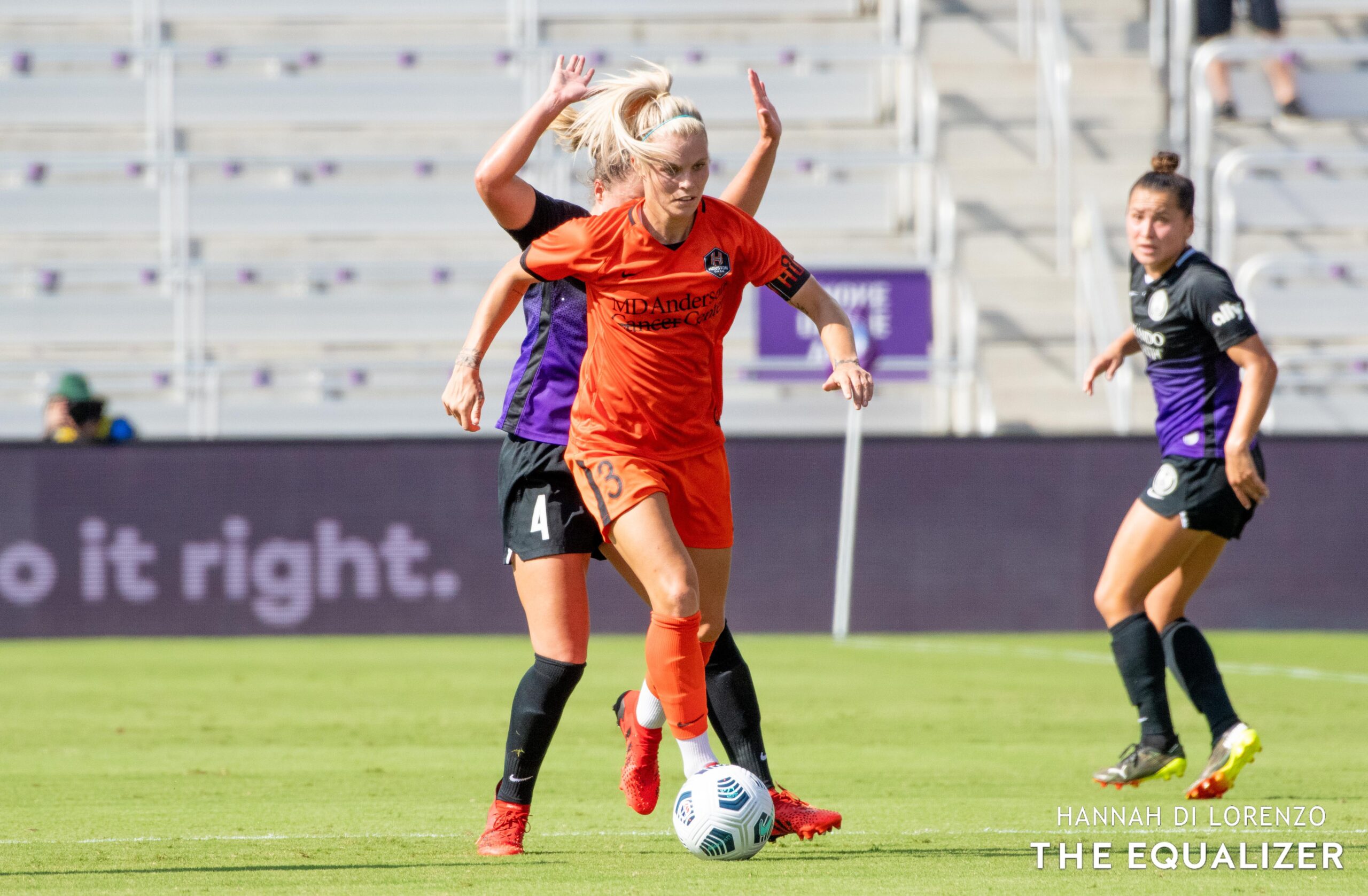 Here lies a team with great potential and expectations, but with the significant and valid question about whether it is a one-hit wonder. The Houston Dash joined the NWSL in 2014 as the league’s first expansion team, one year after its launch. Houston was the worst team in the league that year, by no real surprise. The Dash finished fifth the following year, more narrowly missing out on the playoffs, and that has been the case for each of the seven regular seasons which they have contested. Last year was the most disappointing and heartbreaking of them.

The Dash lost their final three games of the 2021 season when, in the end, a single point from any of those would have seen them sneak into the sixth and final playoff spot to at least qualify for the postseason for the first time. They failed to score in all three of those games. They were handed a lifeline and some scheduling fortune on the final weekend by contesting their season finale a day after the North Carolina Courage, who only earned a point in Portland the night prior and left their fate in the hands of two other teams. The Dash knew a point would do in Washington, D.C., but they floundered. Head coach James Clarkson switched to a hyper-defensive five-back setup with 20 minutes to play, to preserve a scoreless draw, but a few minutes later Washington Spirit rookie Trinity Rodman broke the deadlock. Houston missed the playoffs again, even with six teams qualifying for the first time. The Dash finished one point behind North Carolina.

So, why was this any different than the same ol’, same ol’? Houston looked like it finally turned a corner in the pandemic-shortened 2020 calendar year. The Dash won the inaugural NWSL Challenge Cup, slogging through the group stage before hitting their stride in the knockout round and looking like a bona fide, solid team for the future. Rachel Daly and Kristie Mewis were their stars; Jane Campbell, Megan Oyster and Katie Naughton held things down in net and defensively (which had previously been such a glaring weak spot). Houston looked legit, and the question coming into 2021 was whether the Dash could extend that magic from a month-long tournament to a year-long season. They could not.

What was particularly disappointing was that the team culture seemed to turn around in 2021, too. There was a lot of public talk through the years about “same old Dash,” and players said throughout that 2020 Challenge Cup that they were tired of hearing it. Objectively, that looked to be a thing of the past. In 2021, however, some old demons still haunted the team’s ability to see out result. Now, in 2022, they will face those same questions — and however annoying they might find them, they remain legit until Houston can at least crack into the playoffs.

Houston returns longtime forward and captain Rachel Daly, and she should figure to once again be not only the heartbeat of the squad, but challenge for league top scorer as she did last year. Daly has been the centerpiece of the Dash since shortly after she arrived in 2016, and among the team’s problems of the past is that she did not have enough support around her. Houston typically lacked depth. Daly will miss time this season with England as the Lionesses try to win a European Championship on home soil this summer, and that will put further stress on a supporting cast trying to erase the burden of past failures.

Gone is Kristie Mewis, who was at least tied for the team’s most valuable player in that 2020 Challenge Cup, alongside Daly. That tournament helped springboard Mewis’ return the United States national team and first appearance at a major senior tournament, at the Tokyo Olympics last year. Mewis requested a move to NJ/NY Gotham FC, where she is viewed as the missing piece in midfield. She will be missed in Houston’s midfield, but the Dash have one serious new(ish) addition to offset Mewis’ departure.

Maria Sanchez is back on a full-time move to the club after spending less than a month on loan in Houston last year. That the Dash went out and brought in one of the best players in Mexico from one of the top clubs there shows an ambition they have long needed. It is no exaggeration to say that Sanchez could be the best new addition to the NWSL. She plays with a technical flare and smoothness unlike most others in the league, and she could just be the torchbearer who opens the door for NWSL teams to recruit in Mexico more heavily. That is a macro trend to watch (Angel City also brought in Stefany Ferrer Van GInkel from Tigres). Focusing on the Dash: Sanchez will certainly pair with Shea Groom — another 2020 Challenge Cup star, and a consistently underrated attacker in the NWSL — in central midfield, which leaves a need for some defensive balance there. Emily Ogle or Sophie Schmidt are more natural options there, and it would be nice to see Haley Hanson play in the No. 6 role, which still feels more natural than the fullback role she has been thrown into since the start of her pro career. Gabby Kessler (nee Seiler) would have been a strong option there, but she retired.

To that point, what was a strength in defense once again looks like a potential problem for Houston. Six months ago, the Dash brought in Abby Dahlkemper on a short-term deal (but don’t call it a loan!), which awkwardly disrupted the starting center-back tandem of Naughton and Oyster (who got married this offseason and is now going by Megan Montefusco). Dahlkemper departed for to become San Diego Wave FC’s first signing, which was always the plan, but Montefusco was relegated to the bench during that time. Whether or how much that soured her on Houston is unknown, but she departed for the Orlando Pride in an offseason trade.

That appears to leave Annika Schmidt as the only center-back option now alongside Naughton. Allysha Chapman has grown more reliable at fullback as she’s aged, and Clarkson seems fixed on Hanson playing right fullback, going so far last year as to say that Hanson could have a future there for the national team. Maybe — maybe — we see Hanson shift out of that role if Julia Ashley or recently acquired Elizabeth Eddy can take claim of the right fullback role.

Between Daly, Sanchez, Groom, Nichelle Prince and the potential that Michaela Abam, Bri Visalli and Makamae Gomera-Stevens have, there is enough talent in the front six to win. There are depth concerns in the back which will be compounded by Jane Campbell’s possible absences for international duty (Lindsey Harris was solid last year, but constant rotation won’t help with establishing consistency in the back). The Dash need to at least find a way into the playoffs to erase the notion that 2020 was a flash in the pan.