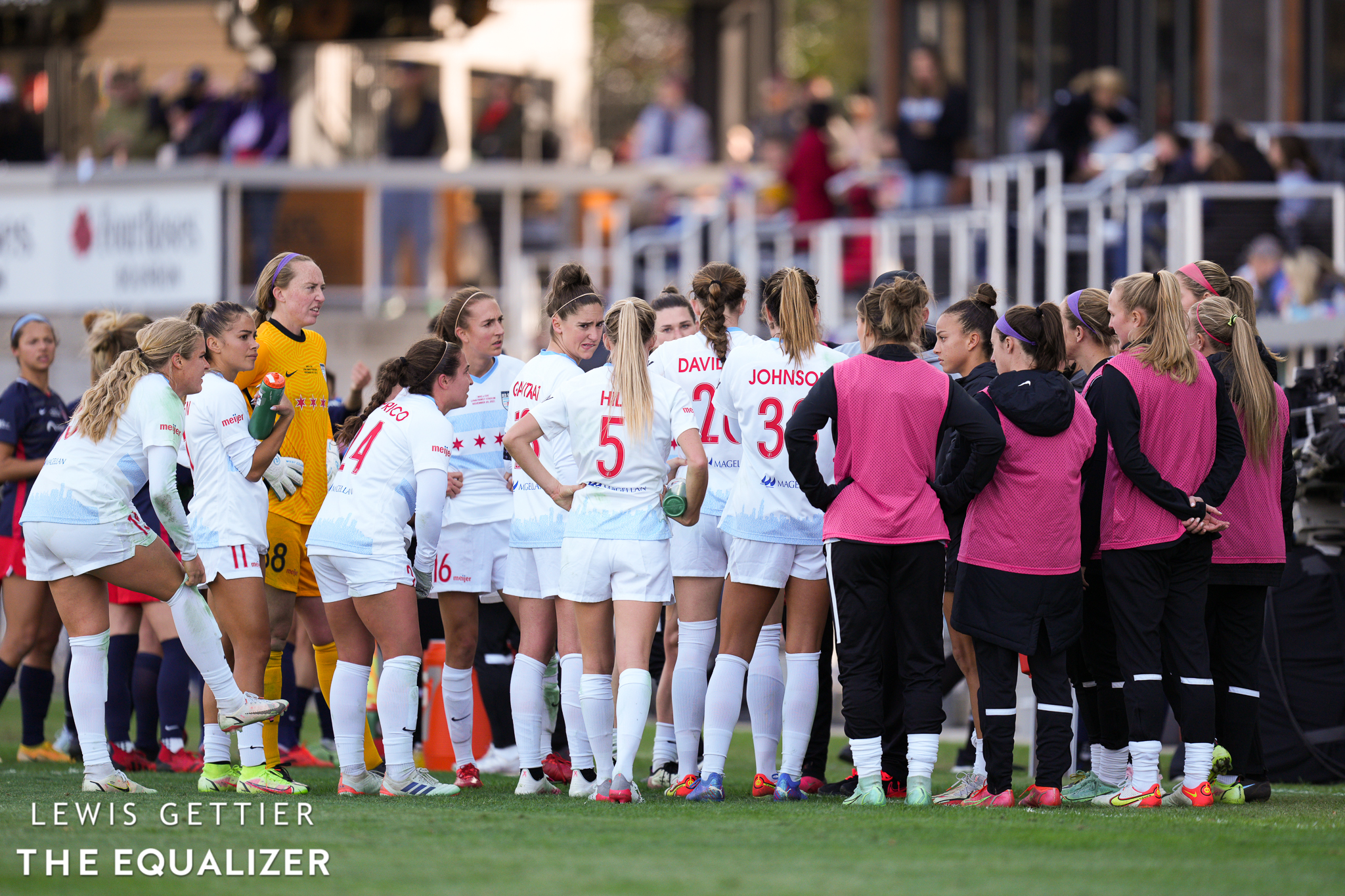 We’ll do this in alphabetical order over the coming week, in preparation of the Challenge Cup kicking off on March 18. That means Angel City FC started us off. Next up, the Chicago Red Stars:

You might need to sit down for this one. Even if you are just starting to follow the NWSL now, you have probably heard about the past six months which have rocked the league and caused for introspection in the operations of the sport across the world. Half of the league’s 10 teams either dismissed a coach for cause last year or attempted to let him resign to avoid the bad publicity (you guessed it: that strategy did not work and, in each case, made things even worse). Chicago rounded out the calendar year of horror stories (really all compounded into a few months) with the departure of Rory Dames, who was the team’s only head coach since the inaugural NWSL season in 2013.

Dames was first accused of abusive behavior toward his professional players, and then an early 2022 follow-up report from the Washington Post detailed allegations from youth players dating back decades, including pressuring some of them into having sex with him once they became legally of age. A little over 24 hours after losing the NWSL Championship game, Chicago sent out a press release around 1 a.m. ET stating that they “have accepted the resignation” of Dames. Later that morning, the Post’s first story hit.

In that ill-advised press release, the Red Stars commended Dames for his time with the club, a quote which was only attributed to “the Chicago Red Stars.” Thus began a trend which saw the Red Stars organization at large decline and avoid media for several months, including during December’s NWSL Draft, and attribute every quote to the team rather than any individual. Longtime majority owner Arnim Whisler finally broke his silence in February, but the club has, to date, declined to make him widely available to media in a press conference setting.

That’s the brief version of how we got here, and it only encompasses the past few months. Everything else? Well, the Red Stars have been the most consistent team in the NWSL since its launch, qualifying for the playoffs six straight times (with a COVID-19 pandemic gap in 2020). The rub there is that they — and in relative terms, “they” has been a consistent core up until now — never finished the job. They lost four straight semifinals before making the 2019 final, where they were embarrassed by the North Carolina Courage. They made the NWSL Challenge Cup final in 2020 and lost. They lost the 2021 NWSL Championship to the Washington Spirit. Thus, they remain without a trophy in their NWSL era.

In steps Chris Petrucelli, who nearly three decades ago won an NCAA title with Notre Dame before moving on to the University of Texas and, most recently, Southern Methodist University. His hire was not confirmed until weeks into preseason after the Red Stars’ search determined that no previous candidate met their standards. At least, that is what the team said in an unattributed statement.

In short, newbie, this is one of the franchises which was rocked by allegations over the past few months and arguably the one with the least amount of resolution heading into the season. There’s unrest among fans. Several players who defined the previous era have left and, crucially, requested to leave. It’s unclear exactly what is ahead in Chicago on and off the field, but it could be a long year.

With that heavy burden laid out, let’s discuss some tactics. Sarah Gorden’s departure for Angel City FC was a blow to the Red Stars on the field — she played every minute in 2021 — and off it. Gorden is Chicago-born and grew her pro career there, in her backyard. That she requested a trade is telling of the state of affairs in Chicago. Julie Ertz was also part of that trade with Angel City, and although Ertz played only the opening half-hour of the entire season before an injury and subsequent absence post-Olympics, she was the engine of this team in previous years.

The combined loss means that the back line is looking a bit thin right now, especially when adding in that Casey Krueger — an excellent fullback and equally capable center back — is expecting her first child and not expected to play this season. Tierna Davidson will be tasked with marshalling that entire line, one which will have considerably less experience than before. Chicago has made the most of absences in the past (in a way, that is how Gorden first got a crack at significant minutes as a young player), but we know little about Petrucelli’s style to forecast if that will continue.

The midfield is less of a concern, which has always been the case. Ertz’s official departure probably fully solves the ‘plus-one’ question the Red Stars have always had in the middle of the park: they’ve almost always had one more high-quality starter than they had midfield positions in their system. Now, there’s a clear picture that can see Vanessa DiBernardo settle into the No. 10 role, with more offensive support from Morgan Gautrat, who had a career year in 2021. Danielle Colaprico rounds out the core unit, which will likely be missing Sarah Woldmoe — a key addition for 2021 — who is pregnant. All four of them are distinctly central players. Does the forecast a diamond? And would they find enough support in wide areas from fullbacks? We’ll see and maybe, are the respective answers. Arin Wright should be able to provide the latter.

Up top, Mallory Pugh will lead the line after her best NWSL season to date. Kealia Watt’s knee injury removes a serious threat in behind. Could Yuki Nagasato’s return to the club create a familiar dynamic that she had with Sam Kerr, but this time with Pugh? Nagasato was brilliant in 2019 playing just behind Kerr in a withdrawn forward role. Pugh and Kerr are not the same players, but Petrucelli would be wise to try to replicate the success. With Woldmoe out, Nagasato could drop deeper as the other three midfielders fill voids farther back on the field.

Chicago certainly could make it seven straight playoff appearances in 2022 considering half the league will book a ticket. Like so many other teams in this theme of the year, however, there is a lot of mystery surrounding the Red Stars. And whereas the Washington Spirit, for example, have had their reckoning and successfully transitioned owners, the Red Stars have a lot of unanswered questions that they can’t hide from forever.

Chelsea need to figure out how to chase games if they are to reclaim FAWSL title
NWSL newcomer scouting report: Will Kerolin be North Carolina’s new star?